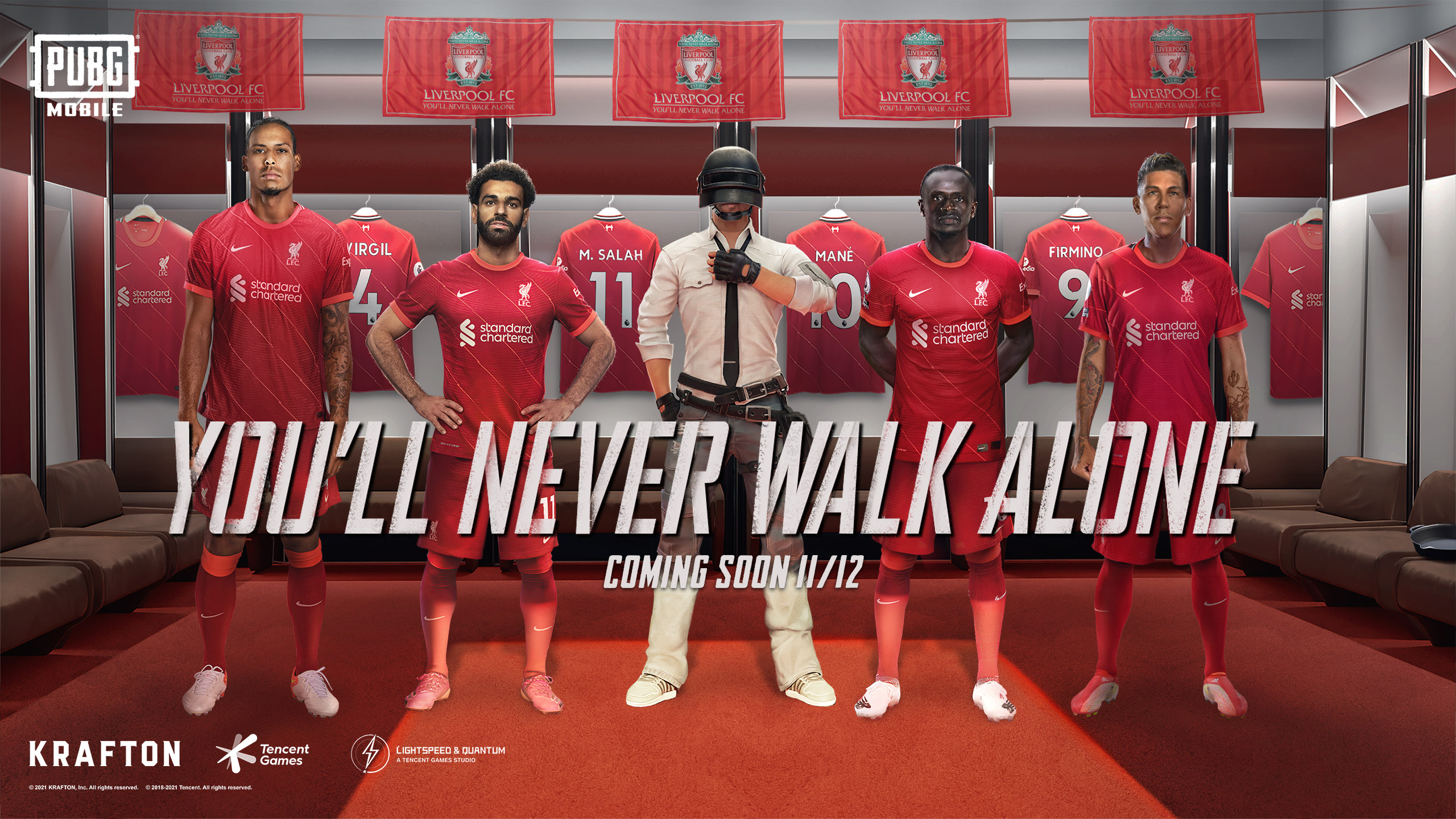 PUBG Mobile has announced a collaboration with the world-famous Liverpool Football Club, which will add branded outfits and items for players to unlock. This relationship is the first time PUBG MOBILE has collaborated directly with a football club and will run from 12 November to 20 December. Players will have the opportunity to earn the free and exclusive in-game Liverpool FC gear through participating in and completing a series of classic mode games.

Champions of the 2019 FIFA Club World Cup and 2018–19 UEFA Champions League, Liverpool FC is recognized as one of the best football clubs of the Premier League and have earned themselves a reputation as a true team player. “You’ll Never Walk Alone” has been the club’s anthem since 1968, expressing the team spirit and unity that is at the very core of the club. The values that Liverpool FC embody and instill are an inspiration to many among the PUBG Mobile community and through this collaboration, players will now be able to don official Liverpool FC gear and show their support for the team.

Drew Crisp, senior VP of digital, Liverpool FC, says: “In an increasingly digital world, we pride ourselves on being able to innovate and engage with our fans on the vast array of digital platforms they favour. With the realm of online gaming growing and evolving amongst our fans, PUBG Mobile is the perfect platform to connect with them in a different but very relevant context – intertwining the world of online gaming and football through the power of games and play. This is a great opportunity for supporters to embrace their love of the club and interact with LFC on one of their favourite platforms, bringing together the physical interactive nature of football into the digital interactive world of gaming.”

“In PUBG Mobile, teamwork is a core principle to those who seek to win. In collaborating with Liverpool Football Club, a team renowned for their courageous camaraderie, we have found a perfect partner,” said Vincent Wang, Head of PUBG Mobile Publishing, Tencent Games. “As we continue to strengthen our current bonds and develop prominent partnerships with iconic industry leaders, we look forward to further integrating the world of football into PUBG Mobile.”

PUBG Mobile is available to download for free on the App Store and Google Play Store.

Guardians of the Galaxy fans get ‘Rickrolled’ in game