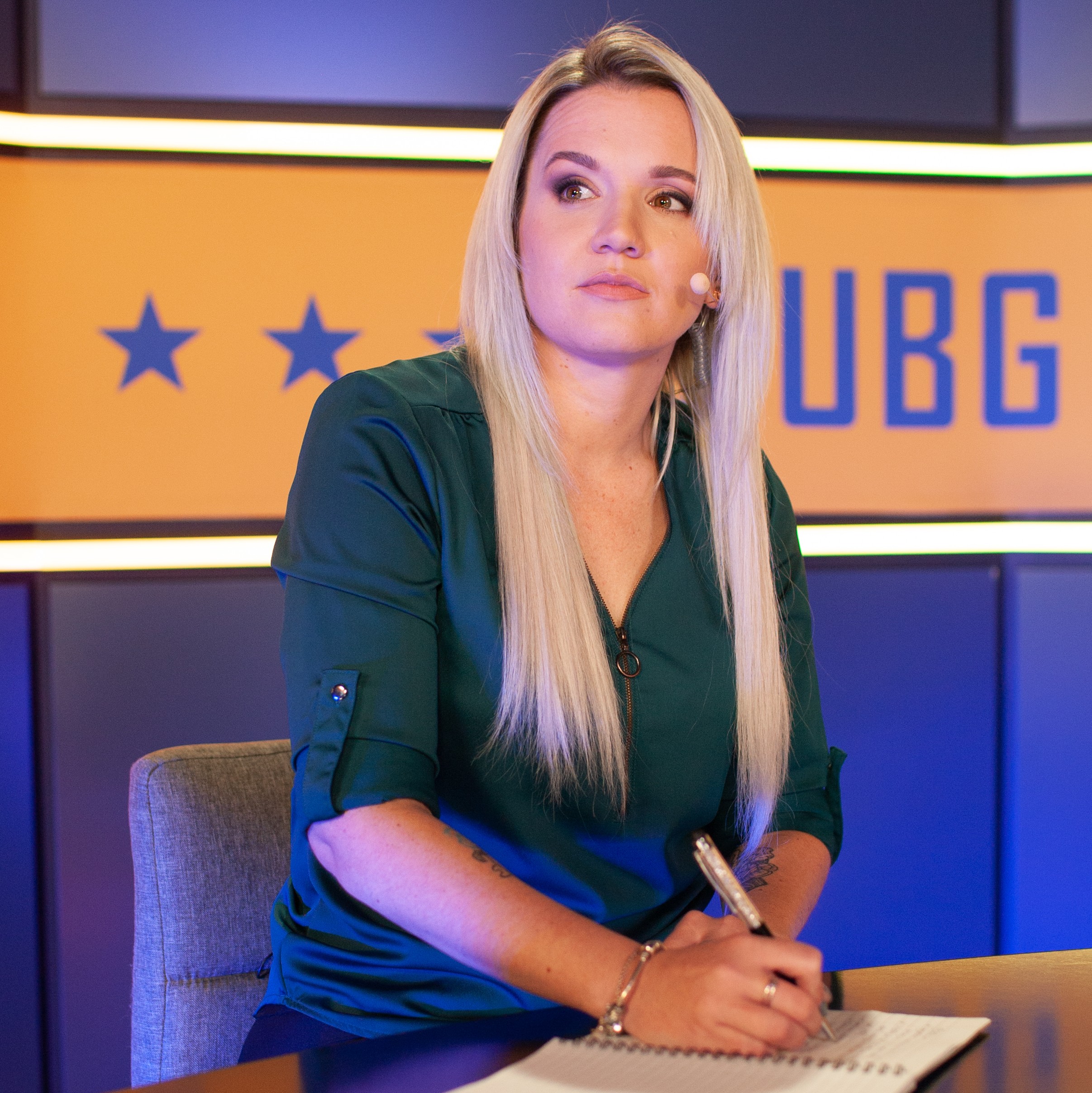 Fresh from hosting at a tournament in Berlin, she is still startled by the speed at which it has all happened.

“My brother played competitively for years and his friends were always at our house playing,” she recalls. “I saw their passion and got upset that mainstream media wasn’t really focusing on the players, only offering up content about the rise of esports. I started making content on my own channels: silly videos, a few blog posts…

“A South African event asked me to host and that was followed up by a rather big offer from Telkom VS Gaming to host the 2016 rAge stage for their masters tournament, alongside international esports shoutcaster Paul ‘Redeye’ Chaloner.”

It was only her third ever “esports job”, and she saw it as “just having fun and messing around”. She didn’t see it as a career, but Chaloner had other ideas. He told Sam to consider taking it more seriously. She met him again in London a few months later, in the course of her media role, and he offered to sign her to his talent agency, “but only if I put in the necessary hours to improve”.

It was a big deal. Chaloner was the first shoutcaster in the United Kingdom, one of the first half-dozen in the world, and helped to define the role. He is a regular visitor to rAge as an esports ambassador. He told us during this year’s event that, for him, it also started as “only a hobby”. It took four years for him to begin calling himself a professional – and ten before it had become a career.

“You can compare South Africa today to where we were 10 years ago. You have a lot of good people here, a lot of people playing important roles, but the majority of them are doing it part-time. The pace of growth is much faster here than it ever was in the United Kingdom, though, so things will be better faster here than elsewhere.”

Four years ago he founded Code Red Esports, a talent agency dedicated to guiding talent and consulting to organisations. Sam Wright, he said, is one of the agency’s success stories.

Read more about Code Red Esports and the success Sam Wright brought to the talent agency.

Previous Page2 of 4Next Page
Related Topics:featuredGamingGoldstuck on Gadgets
Up Next