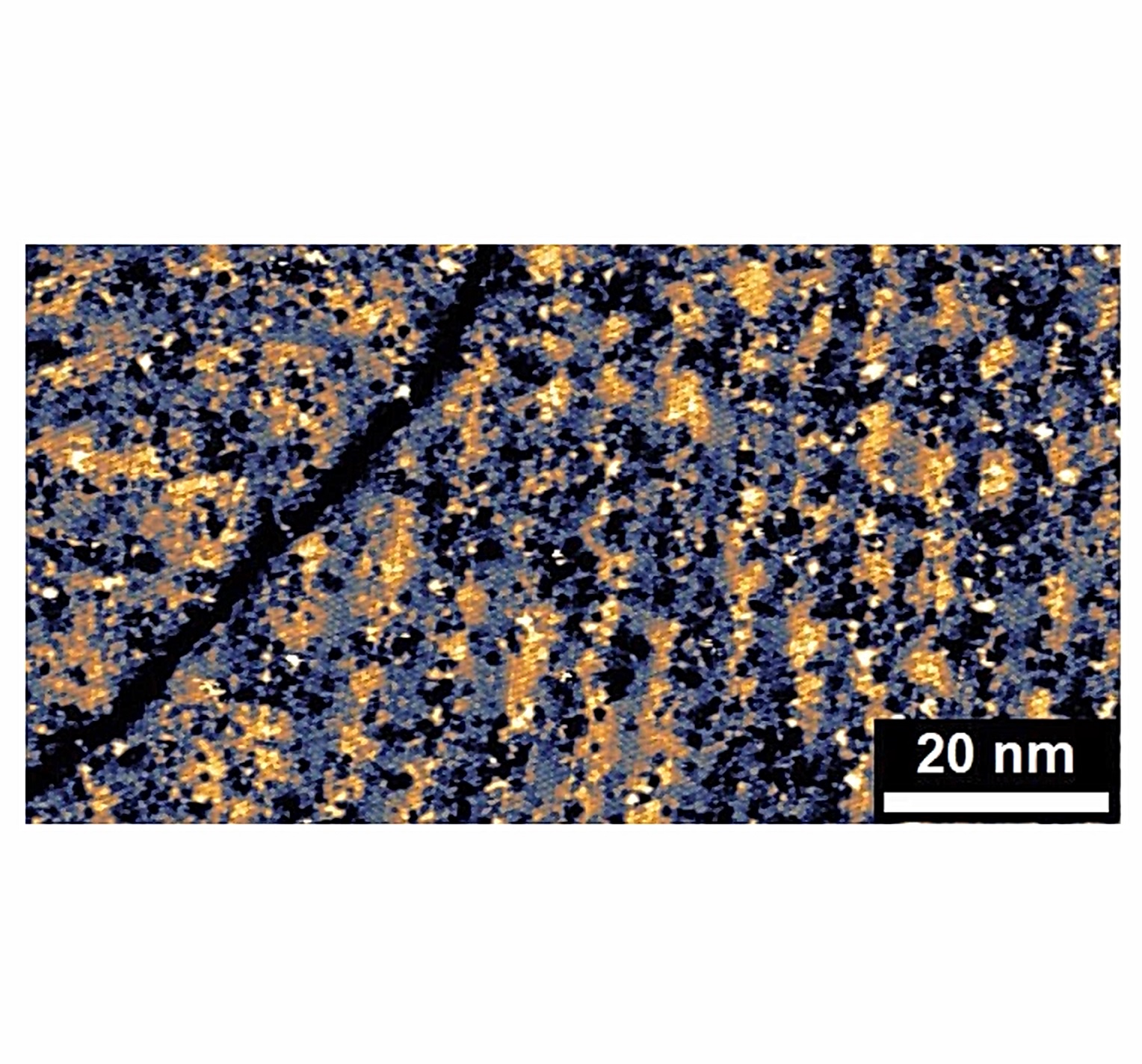 Atomic-scale magnetic patterns resembling a hedgehog’s spikes could result in hard disks with massively larger capacities than today’s devices, a new study suggests. The finding could help data centres keep up with the exponentially increasing demand for video and cloud data storage.

In a study published today in the journal Science, researchers at The Ohio State University used a magnetic microscope to visualise the patterns, formed in thin films of an unusual magnetic material, manganese germanide. Unlike familiar magnets such as iron, the magnetism in this material follows helices, similar to the structure of DNA. This leads to a new zoo of magnetic patterns with names such as hedgehogs, anti-hedgehogs, skyrmions and merons that can be much smaller than today’s magnetic bits.

“These new magnetic patterns could be used for next-generation data storage,” says Jay Gupta, senior author of the study and a professor of physics at Ohio State. “The density of storage in hard disks is approaching its limits, related to how small you can make the magnetic bits that allow for that storage. And that’s motivated us to look for new materials, where we might be able to make the magnetic bits much smaller.”

To visualise the magnetic patterns, Gupta and his team used a scanning tunnelling microscope in his lab, modified with special tips. This microscope provides pictures of the magnetic patterns with atomic resolution. Their images revealed that in certain parts of the sample, the magnetism at the surface was twisted into a pattern resembling the spikes of a hedgehog. However, in this case, the “body” of the hedgehog is only 10 nanometers wide, which is much smaller than today’s magnetic bits (about 50 nanometers), and nearly impossible to visualise. By comparison, a single human hair is about 80,000 nanometers thick.

The research team also found that the hedgehog patterns could be shifted on the surface with electric currents, or inverted with magnetic fields. This foreshadows the reading and writing of magnetic data, potentially using much less energy than currently possible.

“There is enormous potential for these magnetic patterns to allow data storage to be more energy-efficient,” Gupta says, though he cautions that there is more research to do before the material could be put into use on a data storage site. “We have a huge amount of fundamental science still to do about understanding these magnetic patterns and improving how we control them. But this is a very exciting step.”