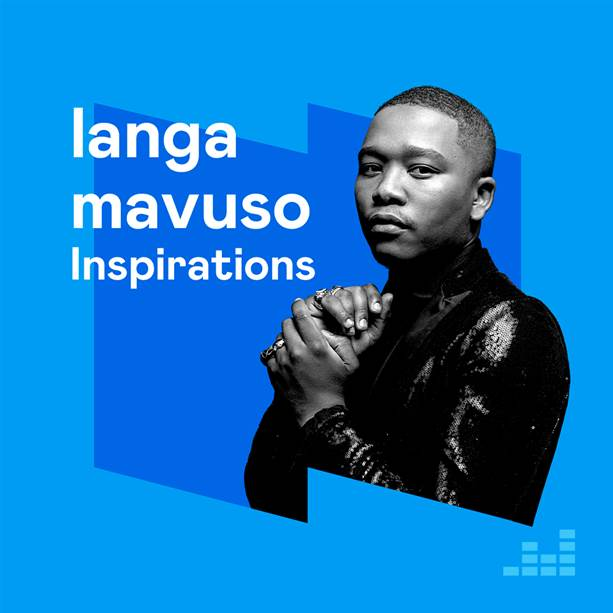 R&B singer Langa Mavuso is ready to take fans on a musical journey with an exclusive playlist from Deezer. The ‘Sunday Blues’ artist was named a local Deezer Next priority act in South Africa earlier this year.

While we all wait for Langa’s debut album to drop later this year, fans have the opportunity to learn more about his personal musical journey with the new ‘Inspirations’ playlist only on Deezer. The special playlist features Langa’s favourite artists that have inspired him the most.

Deezer sat down with Langa (virtually, that is) to learn more about the man behind the music in this exclusive Q&A:

When did you first know you wanted to be a musician?

While playing Pop Stars as a child I discovered I could sing. I wanted to be just like the singers I saw on tv. I practiced every day and really hoped that one day I would be doing this in my life.

The artist/artists who had the biggest influence on you growing up?

What inspires you to make new music?

I love performing, as the stage feels like home, a place of healing for me. I write and create for those moments on stage. I’m inspired to create the most authentic and magical experiences. I write with honesty and like to bare my soul when I perform live.

If you weren’t a musician, what would you currently be doing?

I’d be writing in some form. I was a model UN debater in high school and those debates were my favourite extra murals, so probably writing Public Policy or working as a diplomat. I’d like a job where I could engage with people and write – similar to what I do now.

Who has had the biggest impact on your music career and why?

My first love in high school. We met in music class and fell in love by the piano. We sang to each other. We shared many brilliant albums with each other and all of that music and those experiences have had the biggest impact on my career. All my music so far is about that time in my life.

Do you have a specific go-to artist/album for any mood or time?

Miles Davis; ‘Kind of Blue’ album or ‘The Complete In A Silent Way Sessions’. The music is emotional and beautiful and I’m inspired by feeling a lot in my work. Everything I create is the pursuit to capture some feeling.

If you could go back in time which artist would you want to see perform?

You are releasing your new single ‘Love Lost’, can you tell us a bit about it?

29 May we release ‘Love Lost’ the first single of my debut self-titled album LANGA. The song tells a story about love after death. The setting is a moment of reflection under the stars accompanied by my soulful organ and drum heartbeat. I explore the memories, yearning and accepting the new normal. It really looks into the sweetness and memories of that love. Loss in love is a universal theme and here we hear it so wistfully captured. It is a beautiful dedication to my first love who died in my final year of high school.

How would you describe your sound?

What advice do you have for aspiring artists trying to make it in the industry?

Find your voice, sharpen your craft and create the most irresistible work. Hard work goes a long way