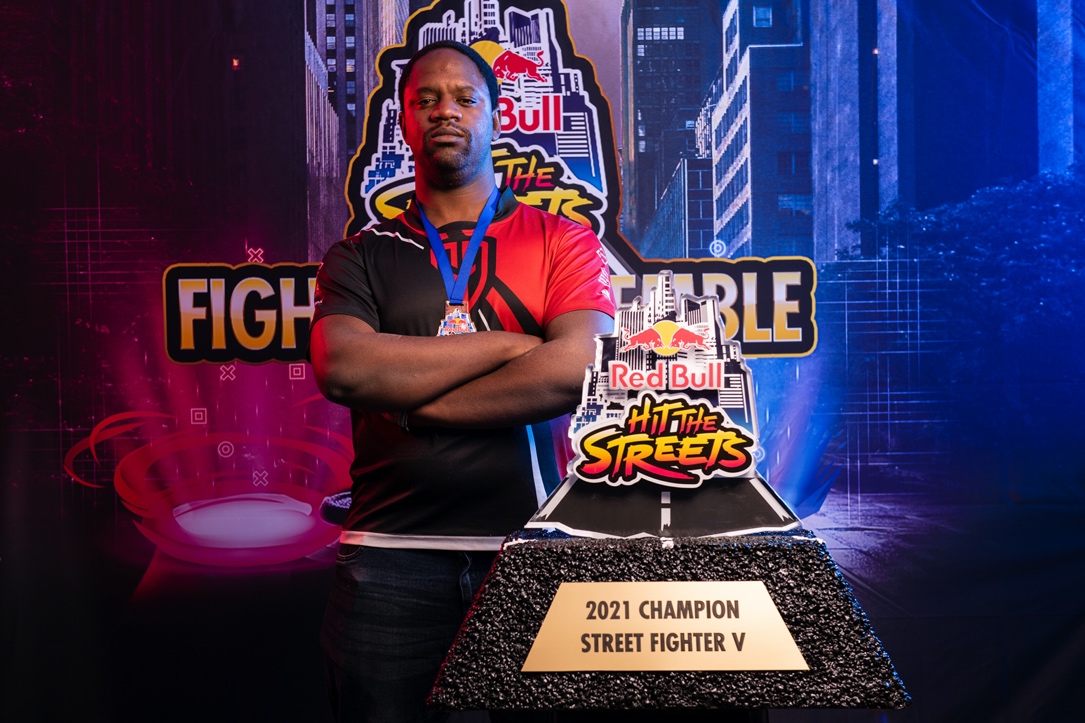 After heated battles between Mzansi’s top fighting game players, JabhiM and Dax knocked out all their opponents and walked away as the 2021 Red Bull Hit the Streets champions for Street Fighter V and Tekken 7 respectively.

Hosted by Sandile GQ Ntshingila at Bravado HQ, the seven best Street Fighter V and Tekken gamers across South Africa went head-to-head for the ultimate prize, the two new champions will now head to Las Vegas, USA, later this year to represent the country in the Last Chance Qualifier at Red Bull Kumite 2021.

Goliath Gaming’s JabhiM, from Alexandra, Johannesburg, is now a three-time Red Bull Hit The Streets champion and is heading to Red Bull Kumite for the second time to take part in the Last Chance Qualifier in Las Vegas, US. “The final with Billy D was intense and a close one. To be the three-time champion for Red Bull Hit the Streets is a dream come true. The training will be more intense leading up to Red Bull Kumite in December,” says JabhiM on his third win in a row.

Northcliff’s Dax won the Tekken 7 final against 2020 champion and Bravado Gaming’s Iggy in a tightly contested match. “This was the first time I entered Red Bull Hit The Streets and am ecstatic to have won the tournament. It was great to play the final against my rival Iggy, who I have played many times before in other tournaments. Now it’s all about preparing to take my game to the next level when I represent South Africa at the Last Chance Qualifier at Red Bull Kumite in December,” says Dax.

For the first time on Red Bull Hit The Streets, this year a wild card from Kenya was added to the tournament. Kenya’s first professional female gamer – Sylvia Gathoni aka Queen Arrow came to Johannesburg to battle it out for the coveted title.

“Coming to South Africa for the first time to compete with the best fighting game players was an experience I will never forget. I have learnt many lessons from the players I competed against and am really looking forward to the next edition of Red Bull Hit The Streets,” says Queen Arrow.

The qualifiers kicked off online on the 5th of September and concluded with the third and final qualifier on 26 September. The grand final was streamed live on Red Bull’s Twitch and Red Bull Gaming’s YouTube page where gamers across the world tuned in to catch the action live.