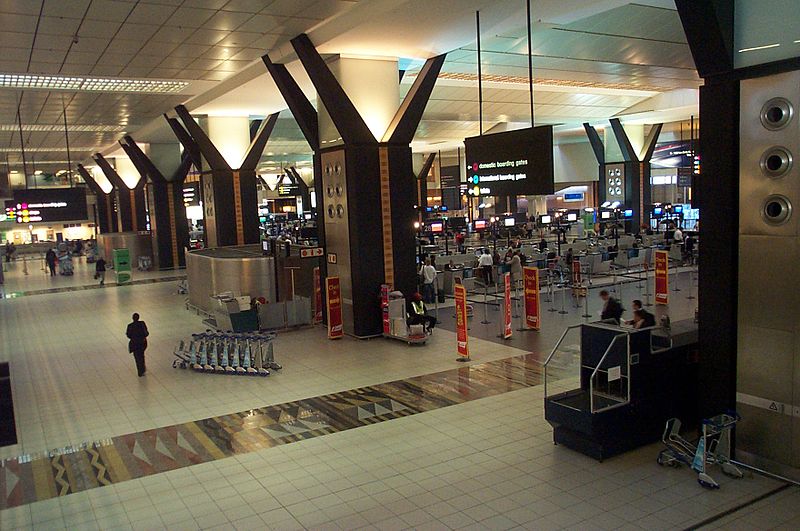 South Africans were shocked this past weekend when the very gateway to the country went dark as a result of a power outage. In the midst of ongoing load-shedding due to mismanagement of power utility Eskom, it was assumed that OR Tambo International Airport had also fallen victim.

The truth was possibly worse: the airport was plunged into darkness along with the whole of the surrounding Kempton Park on Sunday morning when a transformer at a nearby electricity sub-station caught fire – almost certainly due to poor maintenance by Eskom. The entire airport terminal complex went dark, although aircraft continued to be serviced and flights were only sporadically delayed. The biggest issue seemed to be that arriving passengers had to use their cellphones as flashlights to identify their baggage.

Naturally, social media was rife with theories on the cause of the blackout, and with harsh criticism of airport management for its poor communication and apparent lack or preparedness.

Airport general manager Bongiwe Pityi-Vokwana has, however, rejected the latter accusation. In a statement issued today, she implied that social media had got it wrong.

“In the context of claims on social media and incorrect information published by some media titles, it is essential to describe the events of Sunday, their causes and the airport’s emergency systems,” she said.  According to her statement, management, technical and engineering staff had completed an assessment of the circumstances that led to power disruptions.

“As a National Key Point, the airport is licensed and regulated by the South African Civil Aviation Authority (SACAA). We adhere to global standards for critical infrastructure systems back-up to ensure the safety and security of passengers going through our airport.

“We have 45 generators which can operate for three days. We also have a large number of uninterruptable power supply (UPS) units that keep engineering and IT systems running when power is disrupted, giving generators the time required to start up.

Pityi-Vokwana outlined the sequence of events in detail:

“A total loss of power from Eskom was reported at 10.24am. Our business continuity plans were activated. Back-up generators took over and various engineering and IT systems were reset at this point, the equivalent of re-booting.

“The process of restoring Eskom loads ran from 12.40pm to 13.05pm. The transition from generator to mains and back is not seamless as loads are restored in phases. Some systems require 30 minutes and more before they are again fully operational.”

A total of 15 specific systems were affected, of which around half were supplied with back-up power from generators. These were:

The rest of the systems, says Pityi-Vokwana, were “partially affected during the interruption”. These were:

The last was particularly rankling for passengers and those arriving at the airport for drop-off or pick-up. The darkness inside the buildings held the potential for accidents, crime and the like, but those caught int he darkness felt no effort was made to address such issues, or even keep the public informed.

As a result, she said, “As part of adapting our responses, the airport will now do three things. First, run more simulations of longer power outages to understand the impact on infrastructure; second, re-assess all systems and areas that are regarded as essential services with a view to providing additional capacity from back-up generator supply; and third, re-evaluate the synchronisation and sequencing of generators to mains power during supply restoration.”

She did not comment on the public relations damage caused by not keep customers informed, but said:  “Management of OR Tambo International Airport understands the frustrations of people at times such as this and we thank passengers and airport visitors for their understanding.”

RIP Windows 7: More than half of businesses in danger