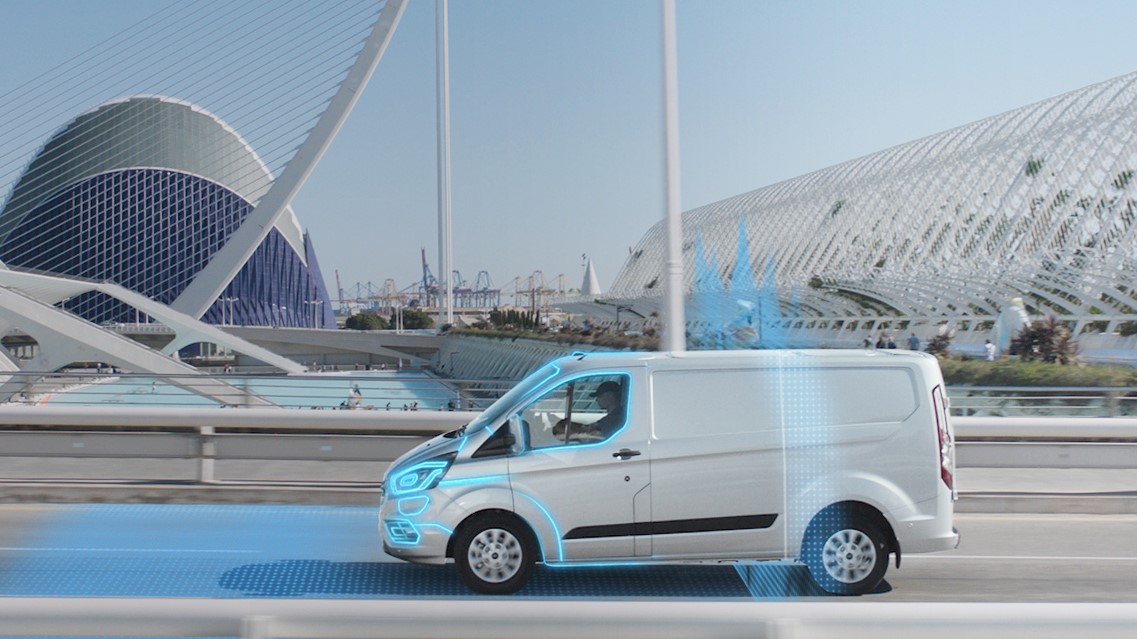 Ford is introducing a new breed of plug-in hybrid commercial vehicles that will operate in zero-emission electric-only drive mode in sensitive areas.

However, this geofencing tech doesn’t only apply to city centres: vehicle operators can also create custom “green zones” to encourage low-emission driving around locations such as schools, playgrounds and warehouses.

And, when the vehicle leaves a controlled zone, it can automatically switch to the most appropriate drive mode to complete the next leg of the journey – for example, engaging the onboard EcoBoost petrol engine to generate electric power and extend the vehicle’s range. Low-emission zones are increasingly common across Europe as a way for cities to better manage the environmental impact of vehicles in urban areas. In the first six months of the London Ultra Low Emission Zone (ULEZ), levels of nitrogen dioxide (NO2) – one of the most harmful pollutants from vehicles – were found to have been reduced by almost 30 percent. A recent study by Ford concluded that hybrid-electric vehicles could help improve urban air quality: 75 percent of kilometres driven in Central London by study participants – which included operators Addison Lee Group, British Gas, the Metropolitan Police and Transport for London – were completed in the Transits’ zero-emission electric-only mode. Similar studies are now taking place in Cologne, Germany and Valencia, Spain.

The Geofence module in the Transit PHEV records information about electric-only operation within geofenced areas. The encrypted data could then be securely shared with local authorities to confirm compliance with low-emission zone regulations and vehicle charging schemes.

To see Ford’s Geofencing technology in action, watch this video: