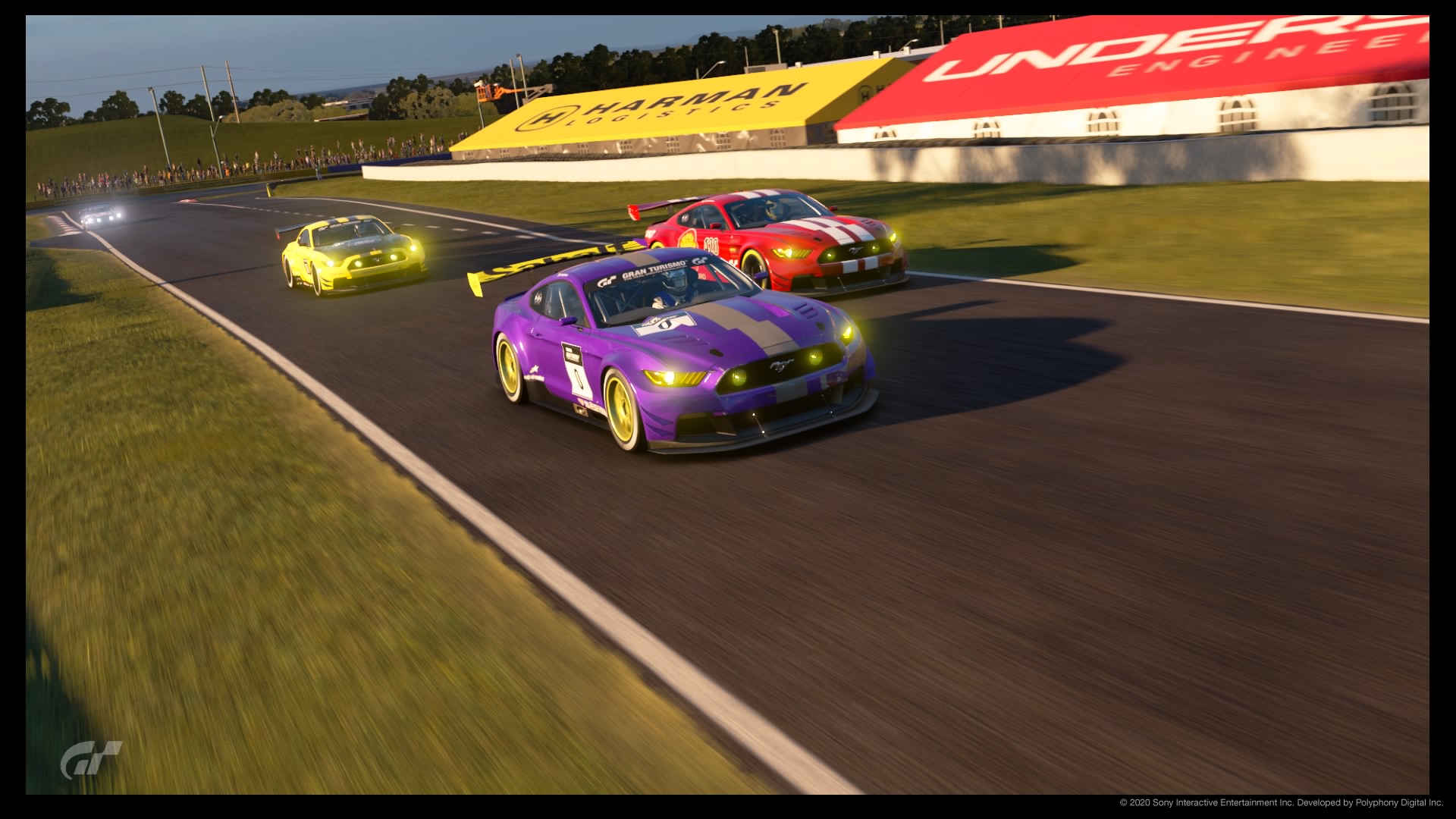 Eleven of South Africa’s best sim-racers provided a thrilling climax this month in Ford South Africa’s inaugural #LockdownLaps sim-racing competition. The final race went down to the wire with a last-minute overtake by Ryan Berrington-Smith to become champion.

The #LockdownLaps competition grabbed the attention of more than 200 South African sim-racers in the opening week. Racers, of all ages and backgrounds were whittled down to the fastest 76 a week later – the others eliminated by the smallest of margins during an intense qualifying session. To ensure that everyone who progressed stood a fair chance of reaching the final race, the drivers were mixed into several pools, with each driver trying to accumulate the most points during three championship rounds.

With access to Gran Turismo’s virtual garage replete with historic and modern Fords as well as the spectacular circuits that hosted them, the close racing in each round was the result of many hours and virtual mileage logged by these sim-racers.

“The #LockdownLaps competition has provided weekly entertainment for motorsport fans and has visibly elevated the level of sim-racing competition in South Africa as well as its overall perception”, says Neale Hill, MD of Ford Motor Company of Southern Africa. “The level of realism and detail brought the Ford Performance brand to life in every home, which is especially poignant during social distancing.”

The competition officially roared to life on 11 July 2020 at Laguna Seca in the Ford Focus ST, followed by Willow Springs in the Ford GT. The final twist came from a completely original rally course, Fisherman’s Ranch, with Ford’s F150 Raptor. Many sim-racers added a little personalised flair to race car paint and liveries, including Ford Performance logos and the South African flag.

The final saw SA’s top 11 sim-racers take on the Mount Panorama Circuit, famous for the Bathurst 12-Hour endurance race. It is a venue that’s unforgiving, ensuring that concentration levels could not lapse for the 40 minutes of racing. Ford South Africa’s YouTube channel livestreamed the event with commentary – a first for the channel.

The final race wasn’t only about outright speed and precision driving; strategy options for fuel and tyres sparked a fascinating tactical battle that saw the leaderboard change several times. Stephan Wessels led cleanly away from pole position but a spin at the halfway mark tightened up the field, with the top two drivers jostling towards a grandstand finish. A perfectly-timed slipstream on the penultimate lap gave Ryan Berrington-Smith the lead, which he defended flawlessly until the finish line.

One of the favourites throughout the competition was Kaylan Leigh Mawa, but he had to settle for a third spot following a disastrous qualifying session as well as a spin on the first lap. Stephan Wessels fought hard for victory but ultimately had to settle for second place.

“I told myself that the race wasn’t over yet,” said Ryan Berrington-Smith (known as Berries150 on his profile). “I used the slipstream to pull the same move on Stephan that he used on me the lap before and got myself back into the lead. I held the inside line into the last corner and kept the lead over the finish line. It was an awesome battle with great driving and respect shown by Stephan.

“It’s been great to have a car manufacturer involved in the world of sim-racing. As someone who dreams of racing real cars, it’s great that Ford South Africa is a little bit closer to ‘us’ and seeing what we can do in the sim racing worldafter the event.”

Apple overtaken as most phished