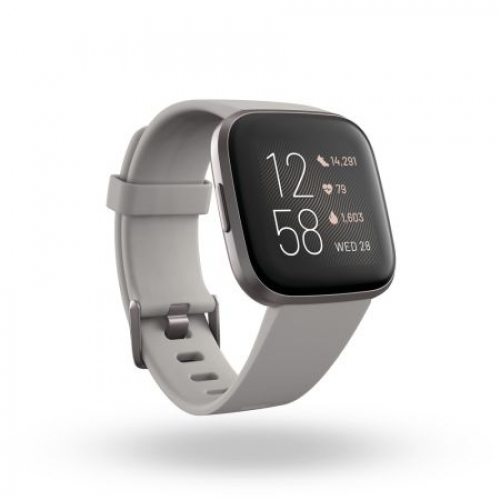 Fitbit is also continuing to roll out new content and tools to enhance its Fitbit Premium membership, including a personal wellness report, developed in consultation with leading medical professionals from institutions like University of California Los Angeles, and University of California San Francisco. In addition, over the coming months, Fitbit will be rolling out new programmes, challenges and wellness content, as well as workouts from global brands like Daily Burn, Down Dog, Gaiam, POPSUGAR and Whil.

“Staying motivated to maintain your health and fitness routine is really hard around the holiday season,” says James Park, co-founder and CEO of Fitbit. “We’re focused on making it more achievable through a combination of affordable devices, engaging software and our Premium membership to help you stay on track. The new Fitbit OS update and added Premium features give users even more support with innovative smartwatch tools, fresh workouts, new programs and more, setting users up for success going into the new year.”

The OS 4.1 update brings highly-anticipated features announced with Versa 2 to Fitbit Ionic. Among the latest in Fitbit’s innovative sleep tools, OS 4.1 delivers smart wake, a silent on-device alarm to wake users with subtle vibrations at an optimal time in their sleep cycles. Users will also receive a nightly Sleep Score on-device, giving them a glanceable view of the quality of their night’s rest, alongside sleep stats.

Fitbit has announced it has been working on an innovative algorithm that will deliver the best heart rate tracking experience yet on a Fitbit device to Versa 2 as part of the OS 4.1 software update. The new PurePulse algorithm, designed in-house by Fitbit R&D experts, uses machine learning to recognise the unique signature of heart rate in the optical sensor, leading to higher accuracy overall.

Fitbit OS 4.1 will begin rolling out to Fitbit smartwatch users the first week of December.

Related Topics:Fitbitproduct of the day
Up Next