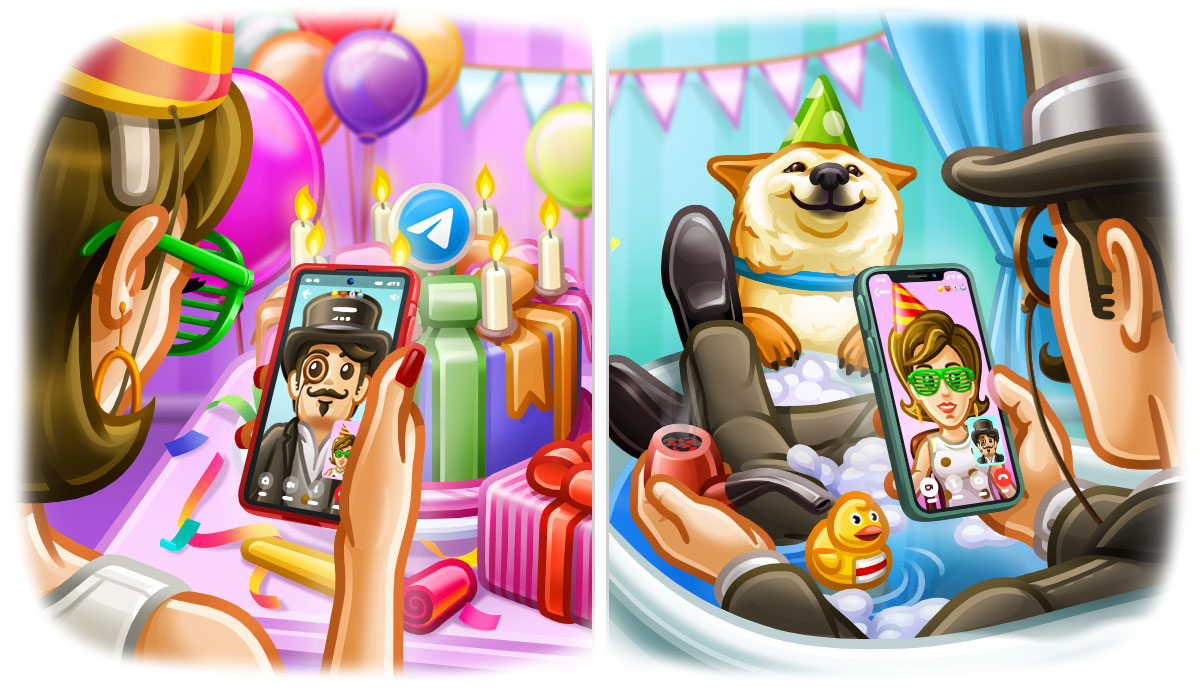 As Telegram turns 7, it has released an alpha version – meaning an early test release – of video calling for Android and iOS.

You can start a video call from your contact’s profile page, and switch video on or off at any time during voice calls. Like all other video content on Telegram, video calls support picture-in-picture mode, which allows users to scroll through chats and multitask while maintaining eye contact.

All video calls are protected by end-to-end encryption. To confirm your connection, compare the four emoji shown on-screen for you and your chat partner. If they match, your call is 100% secured by time-tested encryption, which is also used in the app’s secret chat function. For those who understand encryption, Telegram outlines how it happens here.

Telegram apps for Android and iOS have reproducible builds, so anyone can verify encryption and confirm that their app uses the exact same open source code that the service publishes with each update.

Telegram says video calls will receive more features and improvements in future versions, and it expects to launch group video calls in the coming months.