Simba idolises his father, King Mufasa, and takes to heart his own royal destiny. But not everyone in the kingdom celebrates the new cub’s arrival. Scar, Mufasa’s brother—and former heir to the throne—has plans of his own. The battle for Pride Rock is ravaged with betrayal, tragedy and drama, ultimately resulting in Simba’s exile. With help from a curious pair of newfound friends, Simba will have to figure out how to grow up and take back what is rightfully his.

Related Topics:Disneymovie of the week
Up Next

Filmmakers and journalists Richard Poplak and Diana Neille will be the first South African directors to compete in the World Cinema Documentary Competition at the film showcase in Park City, Utah, this month.

Influence, a feature-length documentary film charting the rise and fall of the infamous London-based PR firm Bell Pottinger, will make its international debut at the 2020 edition of the Sundance Film Festival, on 27 January.

The film serves as a terrifying reminder of the dangers that lurk within the post-truth era, in which masters of misinformation use new digital tools to wage ancient propaganda wars — undermining the fabric of democratic societies. The film is co-directed by Diana Neille and Daily Maverick’s journalist-provocateur Richard Poplak.

According to the Sundance Institute, submissions reached a record high of 15,100, of which 3,853 were feature films. Among those, only 29% were created by female filmmakers.

Influence takes its cue from the #GuptaLeaks, a trove of emails investigated by a team from Daily Maverick, amaBhungane and News24. In mid-2017, they exposed Bell Pottinger’s role in engineering a racially divisive PR campaign designed to benefit the notorious Gupta family, and by extension former president Jacob Zuma. Several months later, due to unrelenting pressure from the media, civil society, opposition politicians and South African citizens, the once-unbeatable multinational was forced to close its doors. It was a David and Goliath tale of ordinary people facing off against a powerful corporation with near-infinite resources — an imbalance that has become all too familiar globally.

Neille says: “After following the story deep into the roots of modern geopolitical spin-doctoring, we discovered the fingerprints of Bell Pottinger’s founder, Lord Timothy Bell, on many of the world’s most formative political campaigns. We felt that if our viewers comprehensively travelled Bell’s journey since the 1970s, we would end up telling the story of influence and how it helped establish what we now call the post-truth era. It’s the context in which so many democracies around the world are now floundering.”

Brandt says: “As storytellers from the Global South who have always tried to speak truth to power, Storyscope was immediately drawn to the fact that Influence puts a uniquely African narrative at the centre of a global debate around the nature of truth in a world in which fact and fiction appear interchangeable. As Leonard Cohen put it, ‘there are cracks in everything — that’s how the light gets in’.”

The highly-anticipated sequel, Frozen 2, has broken Box Office records for the biggest opening for an animated release in South African Box Office history. 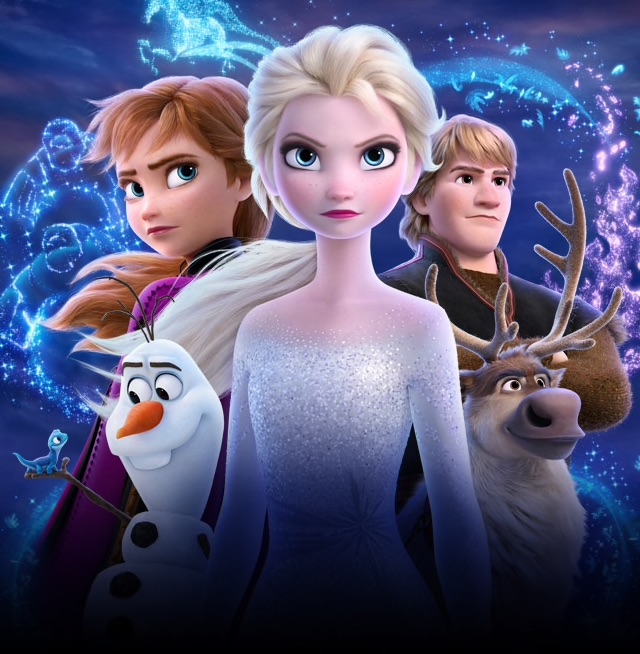 In its first weekend, 6-8 December 2019, cinema-going audiences across South Africa felt the warmth and lit up the local Box Office, flocking to see the much-anticipated next adventure of Anna, Elsa, Kristoff, Olaf and Sven in Frozen 2. In so doing, they delivered the film to the top of the box office – and into the record books.

With over 150 000 attendances, the film debuted with more than R13-million over the weekend, making Frozen 2 the biggest ever opening for an animated release in South African Box Office history.

Frozen 2 poses the questions: Why was Elsa born with magical powers? What truths about the past await Elsa as she ventures into the unknown to the enchanted forests and dark seas beyond Arendelle?

The answers are calling her but also threatening her kingdom. Together with Anna, Kristoff, Olaf and Sven, she’ll face a dangerous but remarkable journey. In Frozen, Elsa feared her powers were too much for the world. In Frozen 2, she must hope they are enough.