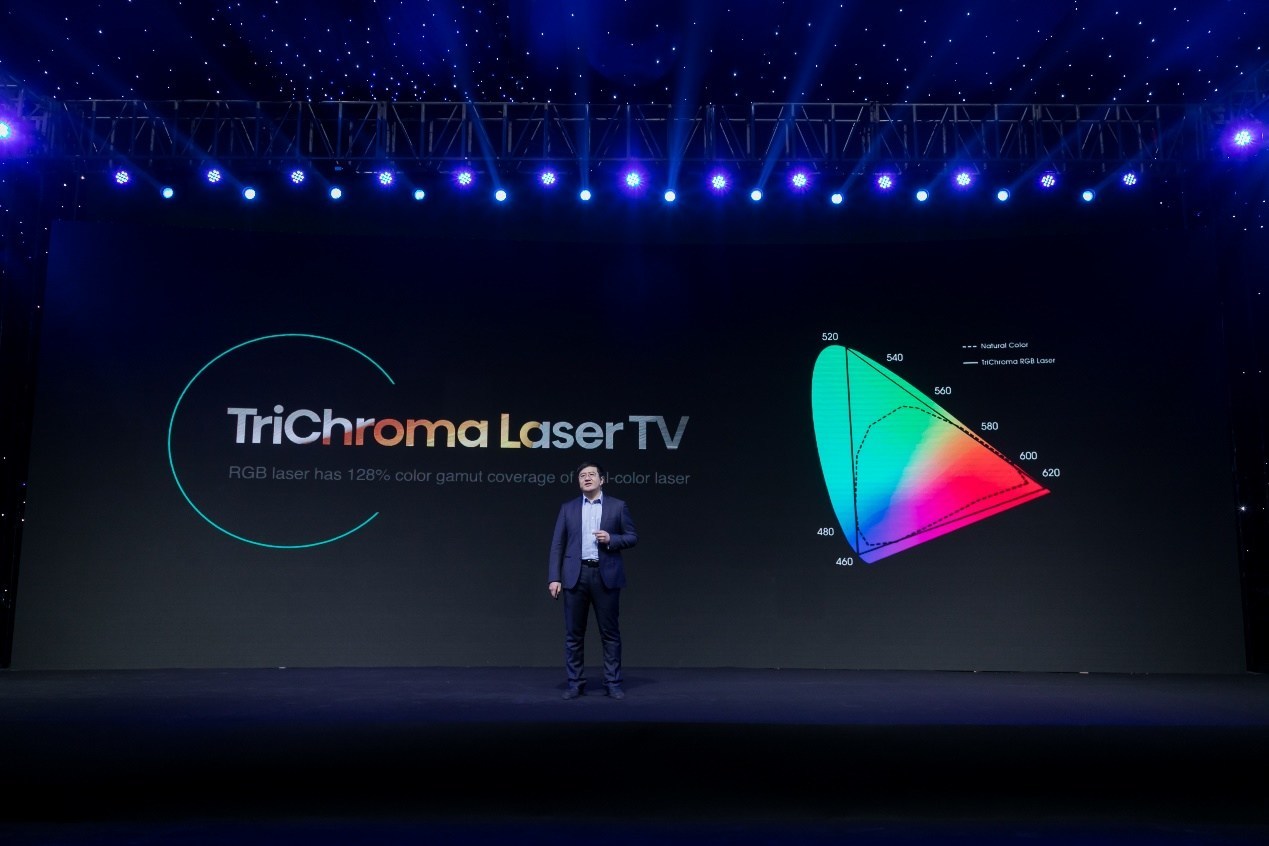 Just when we thought this was the year of micro LED, Hisense and Panasonic revealed vastly different products that change the way living rooms will approach TV.

Hisense is aiming to transform the giant altar altogether. The company has put intense development into laser projection TV technology, first unveiled at CES 2014. Now, these TVs are growing in demand in the consumer market – Hisense reported a 288% year-on-year growth in consumer market sales in 2020.

Despite strong competition from the likes of Samsung, Sony, and LG, its laser TVs have a 70% recommendation rate, compared to the industry’s 54% average.

At its press conference at CES this week, Hisense admitted it had originally developed laser TV technology for a niche market, but noted a consistent adoption by the mass market ever since it was released.

This year, Hisense introduced TriChroma laser TVs that it plans to use in future lineups. TriChroma uses an RGB laser light source architecture with different colour lasers, instead of laser-phosphor. This allows for an increase in resolution from 2K(WQHD) to 4K. Brightness has also been improved by 20% to 430 nits.

More projection size options will be available for customers, with the TV line spanning from 75” screens up to 100”. Hisense also mentioned a 300” variant is in development.

These screens are aimed at the consumer market, but cater to various scenarios, including touch-screens for education, embedded screens for home fitness, and economical screens to aid in providing community services.

For those not ready to make the jump to laser TVs, Panasonic has a trick up its sleeve. Read about it on the next page.