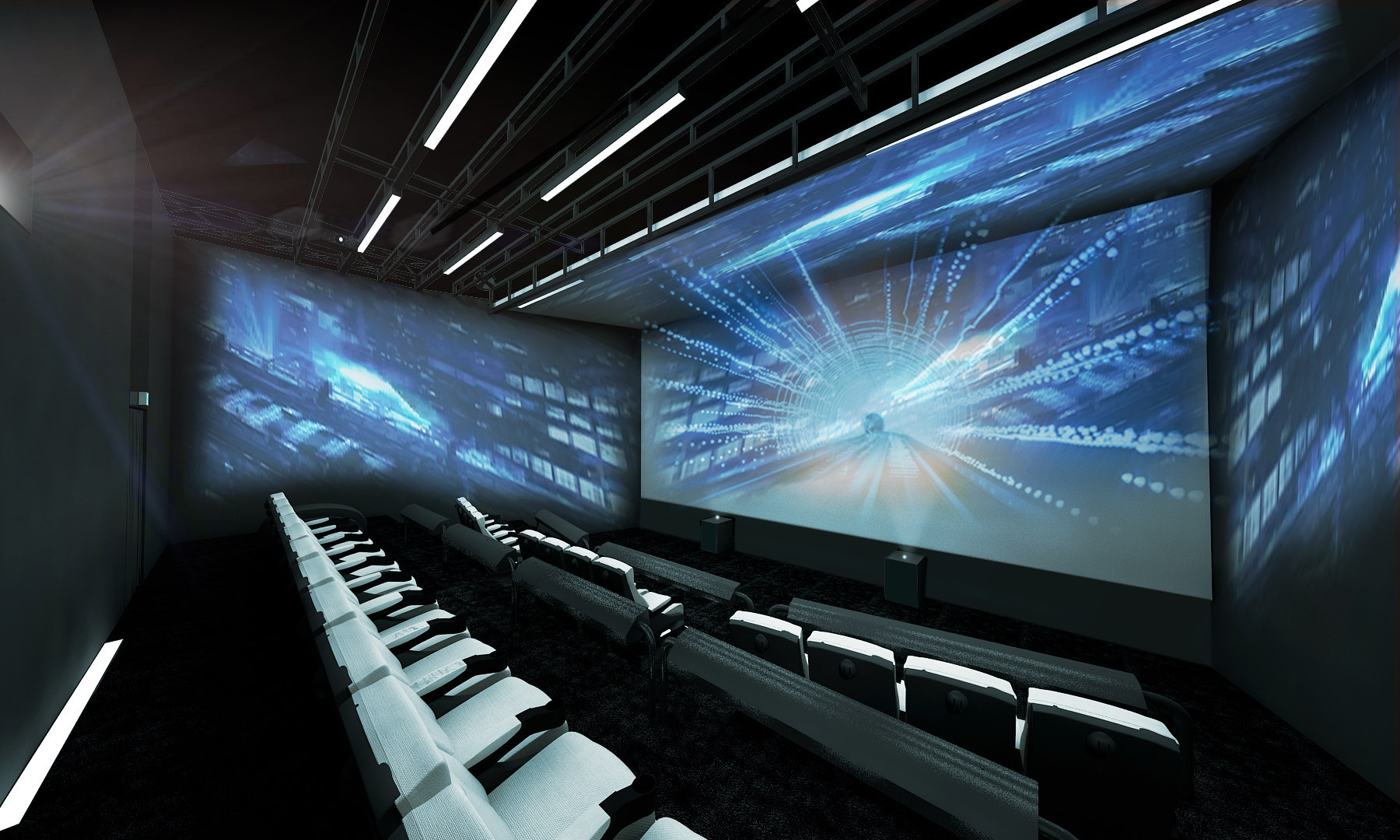 At CES 2020 in Las Vegas this week, leading cinema technology company CJ 4DPLEX debuted a 4-sided cinema screen format, the 4DX Screen. It blends two of the most advanced cinema technologies on the market today, resulting in a breakthrough cinematic platform that the company says “will define the future of cinema”.

The cinema screen surrounded is by three sides, but the ceiling is also transformed as a screen, completely encompassing the cinema space. 4DX Screen is claimed to be the most advanced cinema in the world, patented with more than 220 technologies.

CJ 4DPLEX provided the following information on its new products:

4DX Screen is the first of its kind in the world of cinema. The sidewalls of the auditorium are curved to a trapezoidal shape, diminishing image distortion to provide a more comfortable, and seamless panoramic viewing experience. On top of the unique trapezoidal screen structure is the ceiling screen that covers the remaining unused space of the auditorium. Facing the enveloped screen space are state-of-the-art 4DX motion chairs, which are the most advanced form of 4DX chair available on the market. With up to 10 times wider range of motion than the previous model, the latest 4DX model has large sway and wide pitch mechanisms, offering a smoother riding experience.

The company will also introduce an ultra-wide zoom lens in development, which can reduce projection distance by 70% compared to standard projection lens with a throw ratio of 1.8. The custom lens for digital cinema projection has a throw ratio of 0.55 to 0.7, which means the projector can be placed closer upfront or screen size can be up to three times larger in size in a fixed auditorium size, which can provide flexibility in terms of auditorium design and increase the efficiency of preexisting spaces.

JongRyul Kim, CEO of CJ 4DPLEX says: “Our company is dedicated to pioneering the cinematic industry to adapt to the rapidly evolving technology. We are confident that the latest 4DX Screen cinema, will deliver an enhanced cinema experience for existing movie-goers and attract young generations to the cinemas.”

With over 1030 auditoriums combined, ScreenX and 4DX are globally recognized premium movie formats with large fandoms. ScreenX utilizes the entire auditorium space to provide panoramic and immersive viewing experience without the aid of VR glasses, which can have a disturbing effect to some viewers. 4DX is the first and leading 4D cinema technology for feature films, providing moviegoers with an exciting cinematic experience that utilizes all five senses, allowing the audience to connect with movies through motion, water, wind, snow, lightning, scents, and other special effects that enhance the visuals on-screen. It also incorporates motion-based seating synchronized with more than 22 different effects, maximizing the feeling of immersion within the movie.