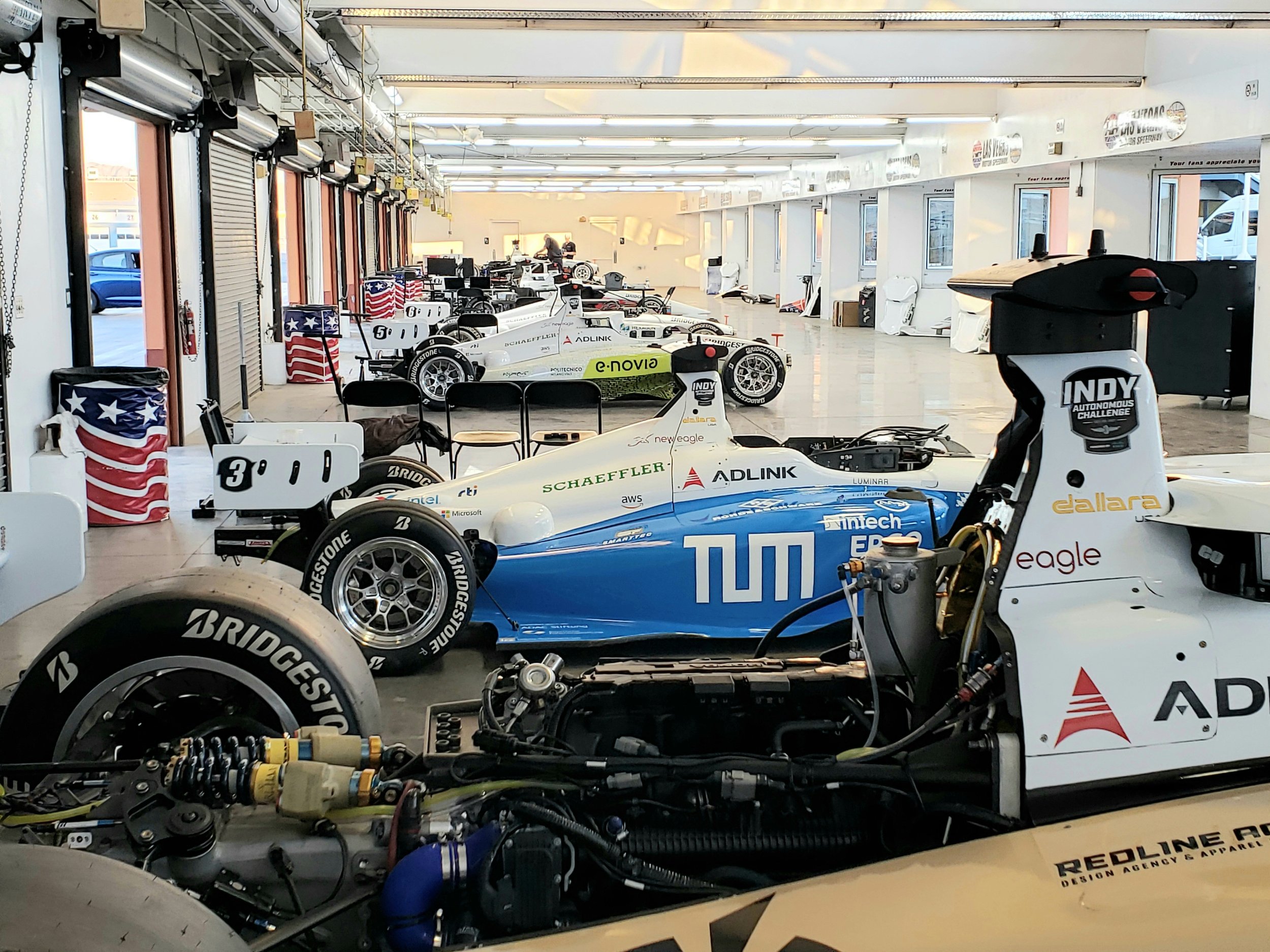 Halo, a remote-piloted driverless car service operating on T-Mobile’s 5G network in Las Vegas, will serve as the official pace car of the Autonomous Challenge @ CES as 9 teams from 8 countries. Halo will lead each set of IAC teams off of pit lane and complete a warmup lap at speeds of 65-80 mph before the start of each round.

Energy Systems Network (ESN), the organiser of the Indy Autonomous Challenge (IAC), made the announcement this week. The IAC is preparing to make history at CES 2022 with the first high-speed, head-to-head autonomous racecar competition on Friday, 7 January 2022 at the Las Vegas Motor Speedway.

The Technology Innovation Institute (TII) joins previously announced Luminar as a premier sponsor of the Autonomous Challenge @ CES. Luminar has recently pulled its physical presence from this year’s show, due to Covid-19 health and safety concerns. Read about it here.

“The Indy Autonomous Challenge is working to advance tech that will speed the commercialization of fully autonomous vehicles and deployments of advanced driver-assistance systems,” says Paul Mitchell, president and CEO, Energy Systems Network. “We are proud to partner with these sponsors as they work with us to push limits for the entire autonomous community, helping to increase safety and performance in not only motorsports, but across all modes of commercial transportation.”

IAC teams seeking to compete in the Autonomous Challenge @ CES can be found here.

The Autonomous Challenge @ CES competition is scheduled to begin at 22:00 SAST on 7 January 2022 at the Las Vegas Motor Speedway. CES attendees can watch the live stream at http://www.indyautonomouschallenge.com and on Twitch @IndyAChallenge.

The IAC says it will have a major presence at CES 2022, with multiple media touchpoints, including:

CES 2022: The trends shaping the tech of tomorrow