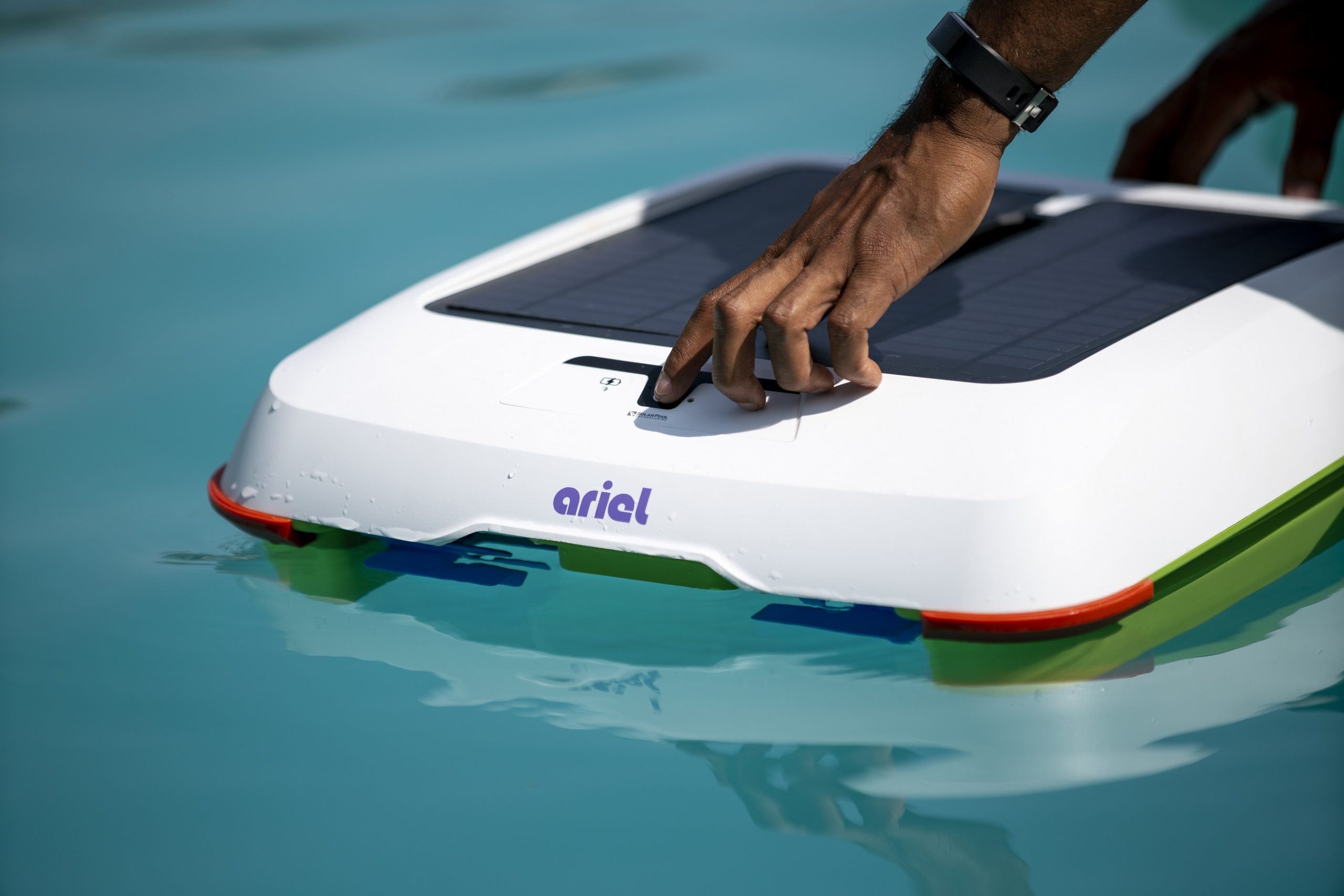 South Africans have for years been ahead of the pool-cleaning game with brands like Kreepy-Krawly and Barracuda, but now robot pool cleaners are coming to clean up after them.

Ariel by Solar Breeze, making its debut at CES 2021, does away with hoses, combining solar-power and intelligent technology as it travels along the pool’s surface to collect debris.

Layers of dust and debris that are on the surface of pools often discourage pool owners from jumping right in. After placing the Ariel unit in the pool and turning her on, it maneuvers to remove up to 95% of dirt, leaves, pollen, dust, hair, and oil before the debris decays and sinks to the bottom. Ariel owners will face less bacteria and algae growth, less filtration and sanitisation needs, and less pool pump runtime.

“Automated surface cleaning is becoming recognized throughout the pool industry as a critical part of pool maintenance and greatly contributes to having a clean and healthy swimming pool,” says Paul Sim, Vice President of Pivot-Solar Breeze. “Ariel is the culmination of years of engineering and consumer feedback to produce the quintessential, future-focused pool cleaning device that brings a whole new level of intelligence, beauty and performance to the robotic surface cleaning category.”

The original Solar-Breeze was launched in 2011, creating a new category of robotic pool cleaners. Since then, the Solar-Breeze NX and Solar-Breeze NX2 have become popular pool-skimming robots by pool owners in 48 states in the US and 20 countries.

Michael Angle, demo unit user says: “It gobbles up dirt, leaves, pollen, dust, hair, insects, oil and more – anything that lands in my pool! The hours I used to spend skimming my surface are now the hours I spend relaxing, or jumping right in.”

The Ariel offers these features:

The difference between Ariel and the previous robot, Solar-Breeze NX2, are as follows:

Users have reported that having an Ariel robot in their pool can reduce their pool pump run times by as much as 60%, saving them hundreds of dollars each year in energy costs according to Solar Breeze.