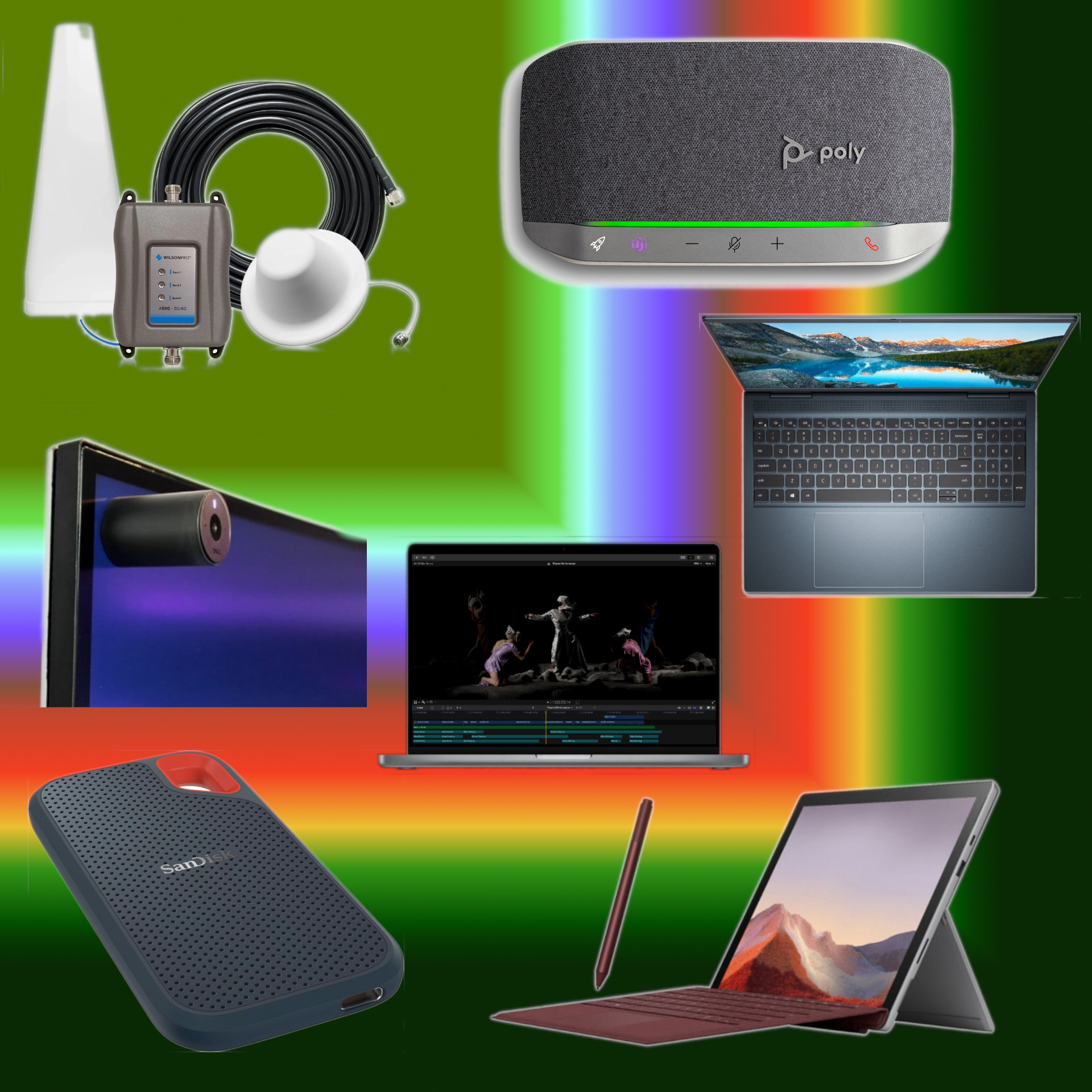 The Wilson Pro A500 Signal Booster arrived in South Africa just as a new reality dawned on people who work from home, as it became clear that this approach is no longer temporary. The A500 is designed to give a dramatic boost to voice and data signals, rather than the slight amplification previously provided by portable boosters provided by mobile operators. More significantly, it addresses an increasing urgency to enhance signals. From previously experiencing a maximum download speed of 4Mbps in a mobile dead space, I suddenly saw speeds ranging from 25Mbps to 60Mbps.

The Poly Sync 20 is a slim and portable device that brings boardroom audio quality to the home. It looks like a consumer gadget, but it is firmly aimed at the enterprise. It is intended for the small office, but it is enabling big businesses to operate from any environment. With 20-hour battery life, it is ideal for taking an office anywhere, and connects wirelessly through Bluetooth, or wired via USB, to smartphones and computers. It picks up sound from up to 2 metres away, via a multidirectional microphones array, meaning one can be heard clearly while walking around the typical home office, hotel room, or small meeting area.

The Pari is a wireless, magnetic webcam, which helps people have the camera closer to a participant’s face on screen. It can be placed directly anywhere on compatible displays, in a charging dock, on a stand or held in the hand. This allows users to make direct eye contact with the people they are speaking with and allows for easy sharing of additional offscreen content and viewpoints. Small and light (30g), it features a microphone and can deliver 1080p video over Wi-Fi. A vertical indicator light helps with alignment and angles.  The small footprint, flexibility and simplicity are ideal for a hybrid work toolkit.

Dell’s Inspiron 16 7610 is the company’s latest laptop, with 11th gen Intel Core processors and Nvidia GeForce RTX Studio graphics. The model we tried featured a Core i5-11400H CPU, an RTX 3050 laptop GPU, 512GB PCIe NVMe Gen 3 x4 SSD, and 16GB of RAM. The 16-inch screen provides 3K resolution, the keyboard is full-sized, with a num pad and backlit for ease of use in low light, and a large precision trackpad. It comes with a fingerprint sensor on the power buttons, which makes for convenient unlocking. With such a powerhouse, something had to give, and battery life is the casualty, giving only a couple of hours of unplugged use. The underlying message: it is intended more as a workstation than as a portable device.

Apple has taken ARM architecture to a new level with the M1 Max powered computers, which are currently the strongest laptops for video editing and creative work on the market. Apple says that, when its latest M1 Max processor is performing at the same level as its 8-core PC counterpart, it’s consuming 70% less power and is 1.7X faster. While the price point may be eye-watering, this laptop is for creatives with graphics-heavy workloads.

The Surface Pro 7, built by Microsoft and made for Windows, is one of the most practical 2-in-1 computers, with accessories like a “Signature Type Cover” keyboard, Surface Pen stylus and Surface Arc mouse. The kickstand makes it versatile for several situations, including video conferencing or note-taking.

The latest SanDisk rugged solid-state drive (SSD) isn’t exclusively for the rugged market. The drive offers up to 1500G shock resistance and an IP55 rating for water and dust resistance. It comes with all the cables to make it possible to transfer files from any computer, and mobile devices with a USB-C port. Storage capacities range from 480GB (R1,449) to 2TB (R5,799), so users can choose which capacity best suits them.