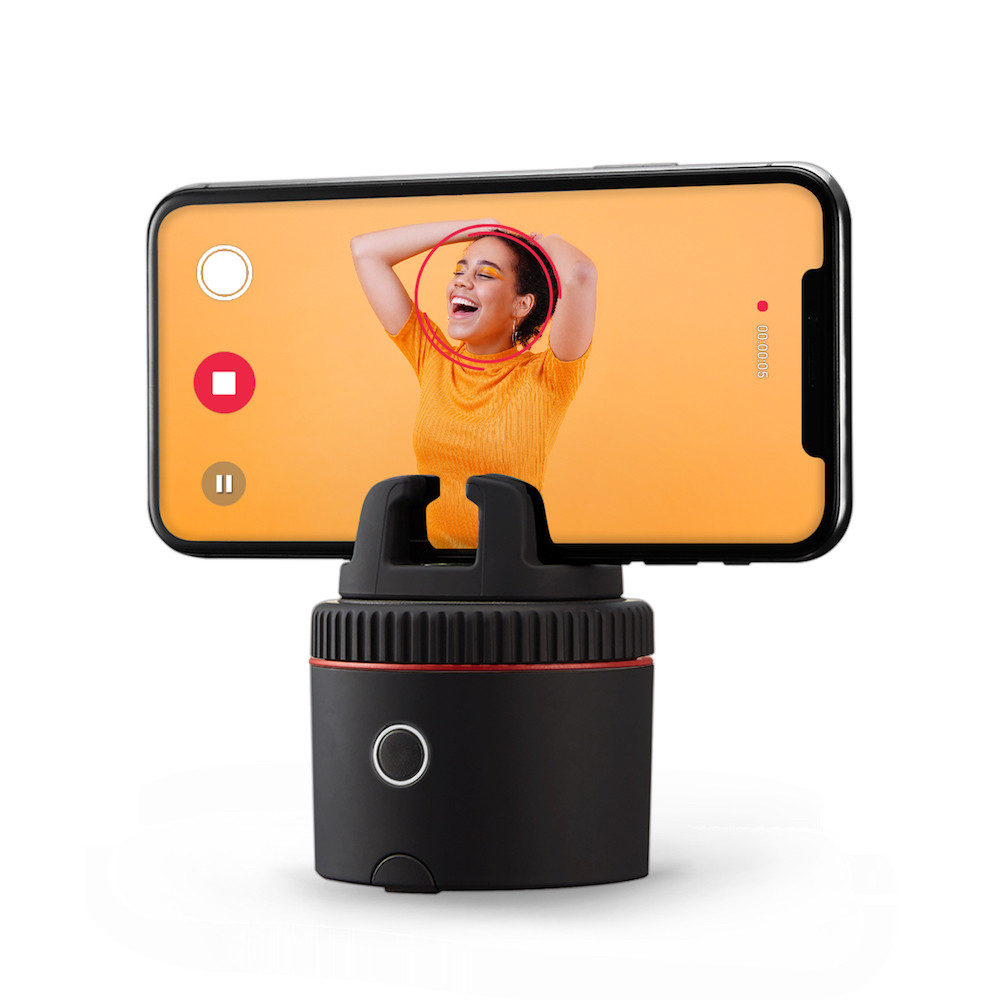 Have you ever been in a situation where you need to be filming, but you’re also the subject of your movie? That is becoming a standard experience as individuals become more obsessed with recording their daily lives, whether via stills or video. Clearly, it’s time for people to up their game beyond just a decent selfie camera.

Enter the Pivo Pod Red, a smart, auto-tracking smartphone mount. This little device cradle has a motor inside to enable auto-tracking, so it moves one’s smartphone in line with the subject detected in the smartphone’s camera. Just 5cm high, it can carry loads of up to 1kg.

It’s not just for standard video recording: it can be used as a mount for stable time-lapses, smoother panoramas, and video calls. It doesn’t follow only faces:  bodies and actions can be tracked, thanks to Pivo’s smart AI tech.

Pivo says its app is compatible with Zoom, Teams, WhatsApp, Instagram, Facebook, YouTube, and TikTok. Its companion app, Pivo+, can also enable live broadcasts to over 30 different social media channels at once.

Videos and pictures can be taken with gestures (like snapping one’s fingers or striking a certain pose) or by voice command (by saying “cheese”). It comes with a remote control to make capturing photos more precise than with gestures or voice.

The companion app shines in post-production, as users can create GIFs, tiny planets (360-degree photos), or 360 motion time-lapses. These features require little to no editing skills and can add an interesting element to one’s social media timeline.

The Pod Red can fit in one’s pocket and features an extendable set of stabiliser feet which can help prop the camera a little higher. It has a standard ¼-inch stand on the bottom for those with camera stands, enabling a more stable mounting experience on any standard fitting. Its internal 500mAh battery can be charged with a micro-USB cable included in the box, and it is compatible with iPhone and Android devices.

Equipment for filming oneself or coordinating multiple shots via smartphones is usually both pricey and complex, meaning that it has been largely confined to professionals and serious amateurs. Pivo brings these capabilities within reach of anyone who can afford more than an entry-level smartphone. A variety of models are available, including the higher-end Pivo Pod Silver, which can spin twice as fast and has additional features, for around R500 more. A Silver Bundle Pack includes a smart mount that allows for creative horizontal and vertical angles.