In Wolfenstein: Youngblood, players play as one of BJ Blazkowicz’s twin daughters and undertake a do-or-die mission to find their missing father in 1980s Paris. Wield an arsenal of new weapons, gadgets, and power armor abilities in a fight to kick Nazis out of the city of lights.

BJ Blazkowicz, hero of the second American Revolution, is missing. Nineteen years after the events of Wolfenstein II: The New Colossus, BJ has disappeared after a mission into Nazi-occupied Paris. Now, after years of training and guidance from their battle-hardened father, BJ’s twin daughters Jess and Soph are forced into action. Team up with a new cast of freedom fighters and brave the unsettling sights and sounds of twisted, alternate reality 1980s Paris.

Team up with a friend or play alone with an AI companion in the first modern co-op Wolfenstein adventure. Perform new tag team maneuvers, crank up the voltage with the devastatingly powerful new co-op weapon, the Tesla Gun, and show off your flair with skins and emotes.

The game is the most open-ended Wolfenstein experience to date. From a new base of operations located deep in the heart of the Paris catacombs, plan how and when to attack and dismantle the Nazi regime.

The game is available now on Steam, PlayStation 4, Xbox One, and Nintendo Switch.

Pillars of Eternity to launch on Nintendo Switch

A long-awaited streaming service called Quibi has launched. The service promises a new way to watch bite-sized series – and users decide whether to watch in portrait or landscape, writes BRYAN TURNER.

TV content has needed a major refresh for a long time now. With Netflix and Showmax, we’ve seen a major uptake in mobile watching – but not in content. Enter Quibi, a streaming service that’s tailored to how users watch content on their devices – with the option of landscape or portrait, and not for longer than 15 minutes.

The service looks like a nice mix between Netflix and TikTok, with longer, premium-produced content in 10-minute bite-sized episodes. Quibi says it will present fresh content from today’s top talent – one quick bite at a time.

Series are split in episodes as usual and movies are split by chapters, that make both types of content possible to consume in smaller chunks. This makes the service ideal for those who don’t have a full 90 minutes to take in a movie, but still want to watch something equivalent.

Choosing to watch in landscape or portrait is a reality, thanks to what Quibi calls Turnstyle – a feature that allows users to opt between watching in either format. This means that two copies of a show are streamed at the same time, and users can rotate their phone to get another perspective on the content.

In a seriously saturated market of streaming services, Quibi doesn’t have an extensive catalogue of old content or “franchise heroes”, as other services do. Instead, it offers a fresh set of content with well-known talent like Tyra Banks, Idris Elba, Will Arnett, Tom Cruise, Laura Dern, Zac Efron, and Crissy Tiegen.

Quibi’s chairman, Jeffrey Katzenberg, is best known for reinvigorating the Disney brand between 1984 and 1994 when he served as chairman of Walt Disney Studios.

The service is launching with around 50 shows and movies, ranging from unscripted reality shows to scripted films.

Quibi costs R130 per month with no ads. In the US, a cheaper plan at $4.99 per month is offered with some ads. For a limited 90-day free trail, download the Quibi app before the end of April before subscribing.

Quibi is available for download from the Apple App Store and Google Play Store. 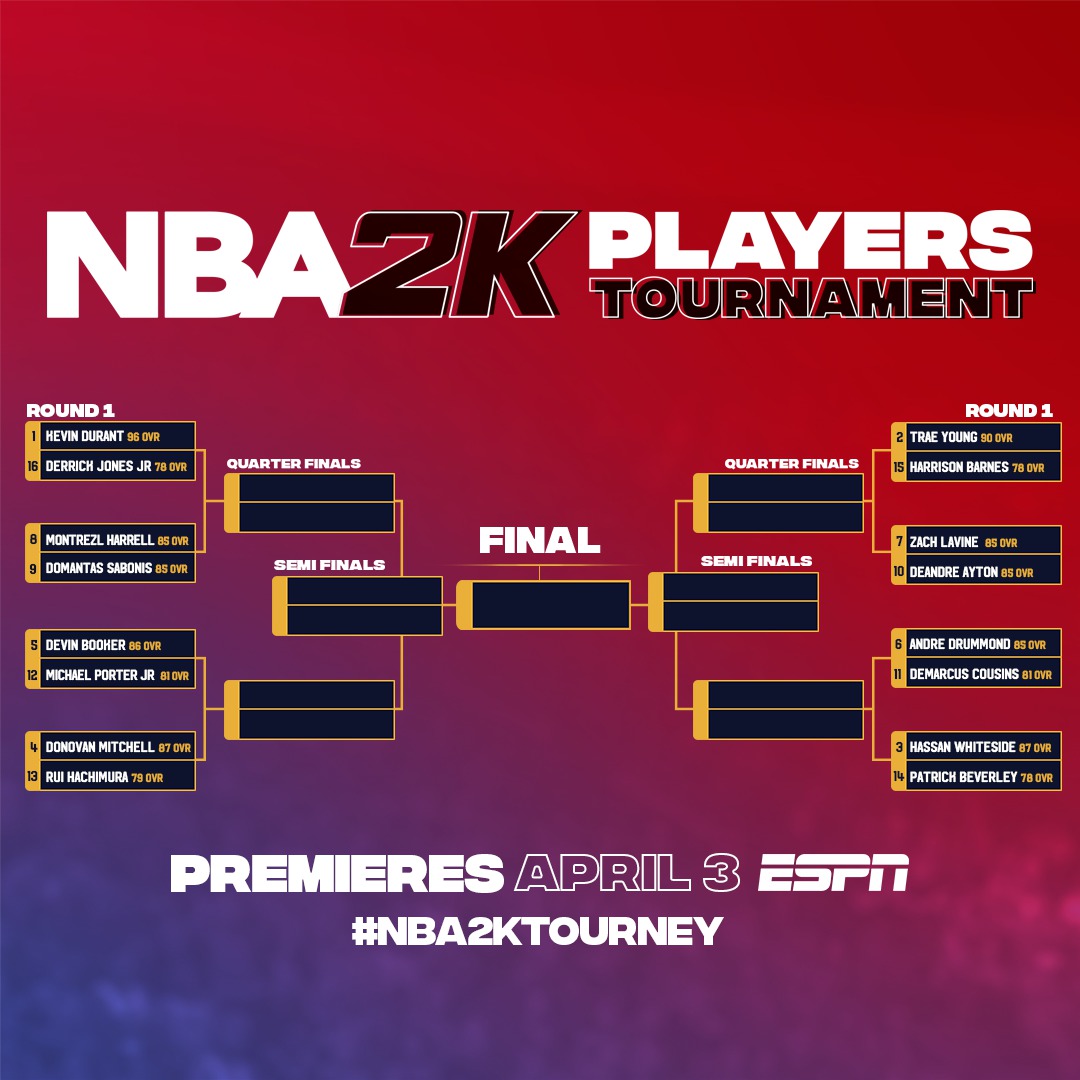 2K, the National Basketball Association (NBA), and the National Basketball Players Association (NBPA), have announced the NBA 2KPlayers Tournament, an NBA 2K20 video game tournament between 16 current NBA players. Beginning today, 3 April, in the USA, on ESPN and ESPN 2, players like top seeds Kevin Durant of the Brooklyn Nets and Trae Young of the Atlanta Hawks will compete in a single-elimination, player-only tournament on Xbox One. The tournament will screen at 1am on Saturday, 4 April, South African time.

The winner will be crowned the “ultimate NBA 2K20 champion” and select a charity beneficiary to receive a $100,000 donation from 2K, the NBA and the NBPA, in support of ongoing coronavirus relief efforts.

“We’re thrilled to partner with the NBA and NBPA to bring basketball back to fans throughout the world and to help those in need during these uncertain times,” says Jason Argent, 2K Senior Vice President, Sports Strategy and Licensing. “Entertainment, especially sports, has the ability to bring communities together – including athletes, fans and families – and we hope that everyone will enjoy the tournament.”

Matt Holt, NBA SVP of Global Partnerships, says: “We are excited to tip off the first ‘NBA 2K Players Tournament’ in partnership with the NBPA and 2K, continuing an ongoing effort to stay connected with NBA fans around the world, while also giving back in this time of need.”

“This tournament offers an opportunity for our players to compete with one another while also supporting their philanthropic efforts and engaging with their fans,” says Josh Goodstadt, EVP of Licensing for THINK450, the commercial arm of the NBPA.

Based on players’ seeding – which is determined first by NBA 2K rating, second by tenure – players will go head-to-head online in NBA 2K20. Prior to the tournament beginning, players will choose eight of today’s NBA teams, each of which can only be used once. If a mirror match is set, the away team is awarded first choice of team. Rounds one and two will be single elimination, with the semi-finals and finals running best of three.

Tournament coverage begins 3 April at 7:00 pm ET (or 4 April at 1:00 am), with a matchup between Jones Jr. (16) and Durant (1) tipping off at 7:30 pm ET (1:30am). Jones Jr. and Durant will each play as one of their pre-selected teams, with Jones Jr. choosing from the Boston Celtics, Brooklyn Nets, Dallas Mavericks, LA Clippers, Los Angeles Lakers, Miami Heat, Milwaukee Bucks and Philadelphia 76ers, and Durant choosing from the Brooklyn Nets, Chicago Bulls, Dallas Mavericks, Golden State Warriors, Houston Rockets, LA Clippers, Oklahoma City Thunder and Utah Jazz.