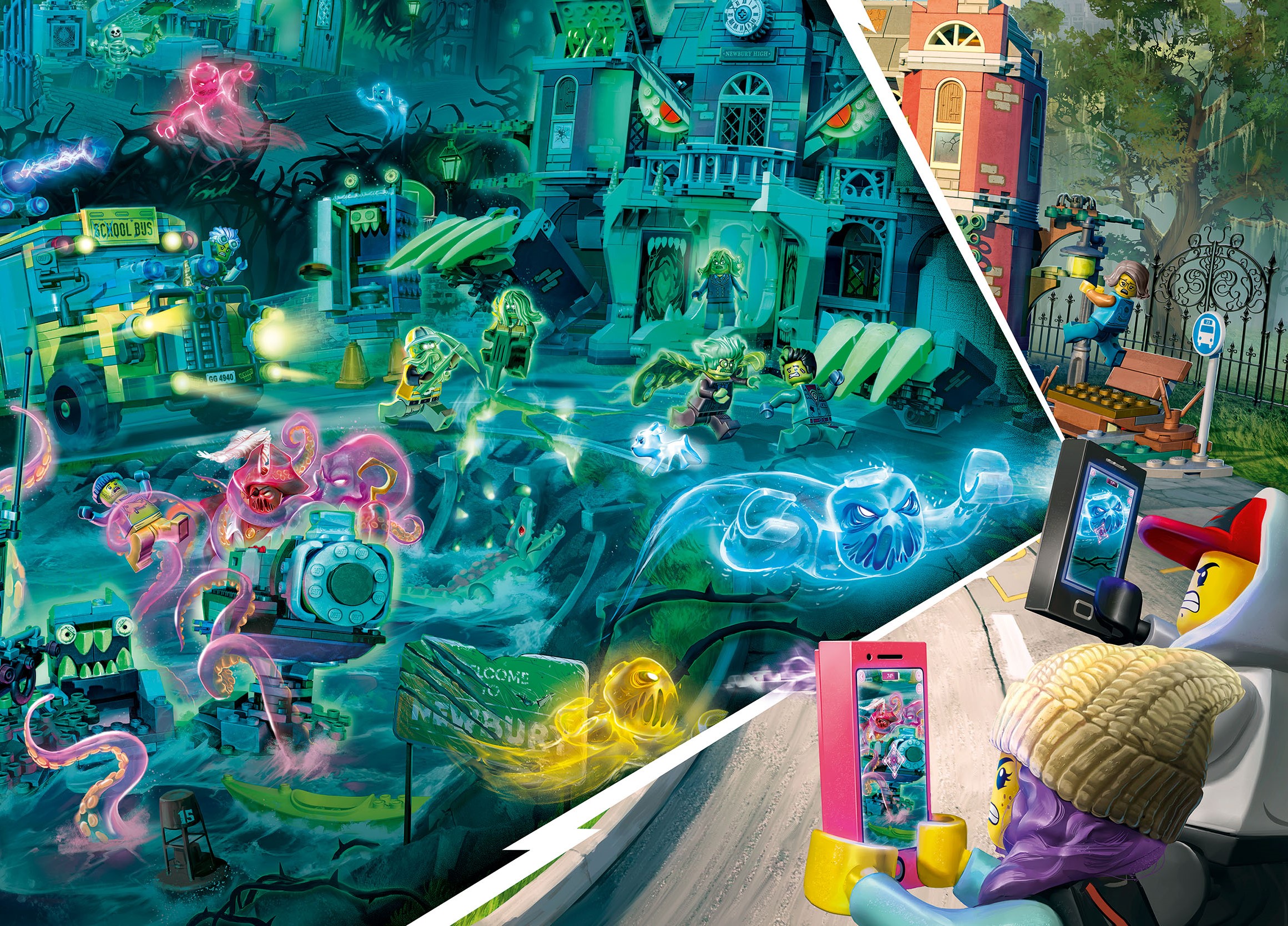 South Africa’s first two Lego Certified Stores have celebrated the arrival of Lego Hidden Side, an augmented reality-enhanced play theme where kids must turn a haunted world back to normal, one ghost (and one brick) at a time.

Seamlessly integrating augmented reality (AR) with physical construction to reveal a hidden world of interactive play, Lego Hidden Side includes a series of eight ‘haunted’ buildings in the imaginary town of Newbury, each loaded (or is that haunted?) with awesome functionality and secret surprises accessed via a mobile app.

The sets come alive in an unfolding ghostly adventure once the bespoke AR app is activated, bringing the models to life and revealing a hidden world of mysteries and challenges to solve.

“The Lego Group has always been invested in tactile play, but massive leaps in AR technology have meant that the company could create an exciting experience that moves fluidly between physical and digital worlds,” says Robert Greenstein, co-founder of the Great Yellow Brick Company, license holders of South Africa’s Lego Certified Stores.

“These sets offer new ways to enhance Lego play with new action and master elements, in a new type of creative exploration where the physical world influences the AR layer, rather than the other way around,” he says.

Lego Hidden Side building sets deliver everything kids (of all ages) love and expect from a Lego building experience – the challenge of the build, a detailed model with functionality, and mini-figure characters set in a story-driven universe. Each model can be built as it appears by day – a school, house, bus, or graveyard, for example – and has transformative functionality to become the haunted version of itself.

Gameplay prompts kids to hold their phone up to the physical Lego models and interact with various elements, or “points of possession,” which release virtual ghosts that kids must then capture in the AR game to stop the haunting. Numerous scenarios create dynamic gameplay that requires kids to keep one hand in each world to progress the play.

The Lego Hidden Side app will be a free download from the App Store and Google Play, and the sets will be available at the Lego Certified Stores in Sandton City and Menlyn Park, or online at www.greatyellowbrick.co.za on 1 August 2019.

Now for a fake Face App

Samsung to back the Boks