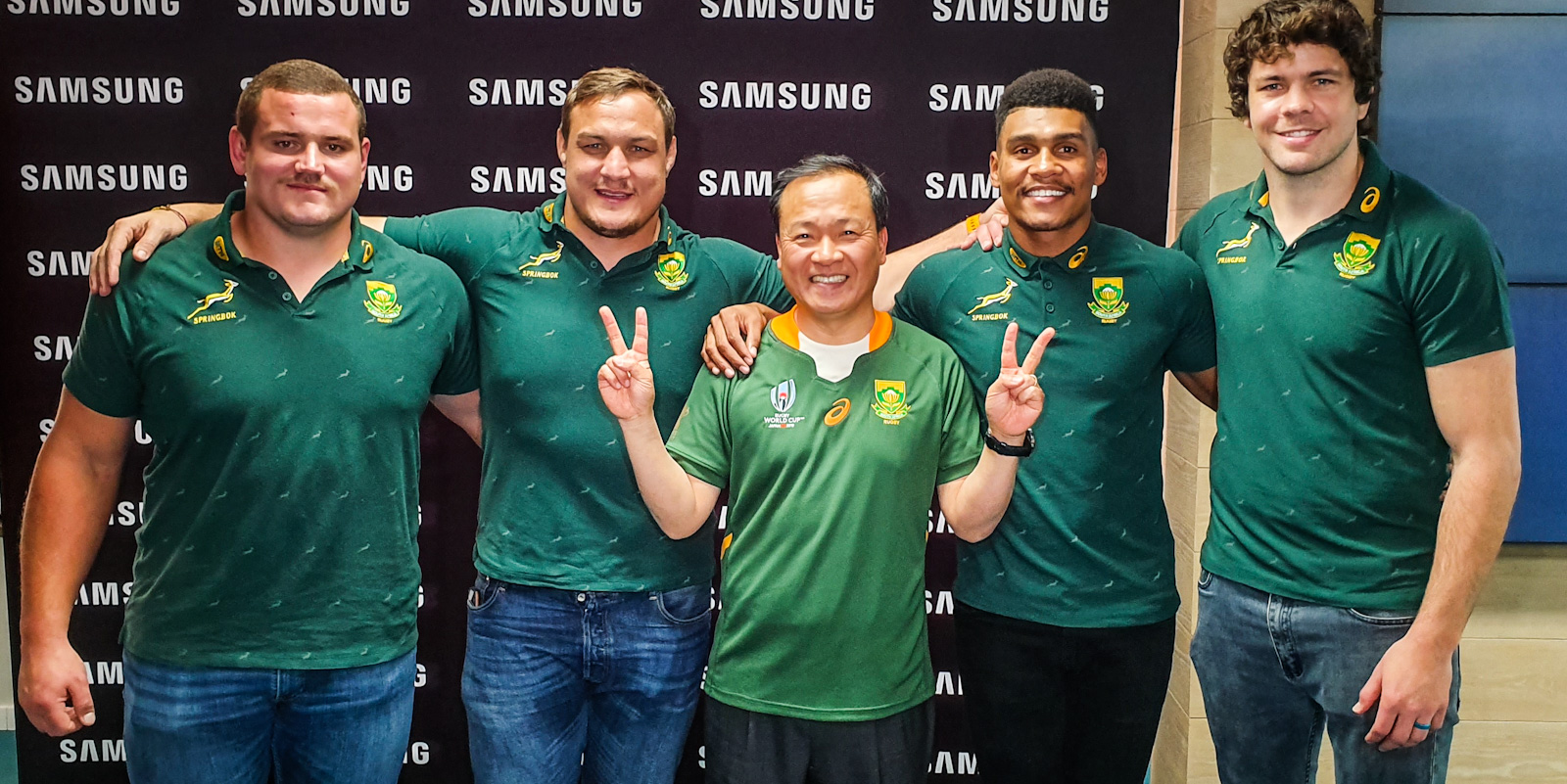 Samsung South Africa this became the official electronics partner to the Springboks and the South African Rugby Union (SARU). The partnership will include their preparations to compete against the world’s international sides.

“As one of the country’s top sporting codes, rugby has long been close to the hearts of many South Africans,” says Cambridge Mokanyane, chief marketing officer at Samsung South Africa. “As an organisation, we understand how pride and passion fuels success and are excited to harness this energy and back the Springboks in their quest to become world champions again.”

The two-year partnership will see both the Springbok rugby team and SARU exclusively use the latest Samsung consumer electronic products to enhance everyday performance. For the duration of the sponsorship, Samsung’s logo will also be featured on the team’s kit.

“Samsung is a global leader in its field and we’re delighted with our new partnership,” says Jurie Roux, CEO of SARU. “Our aims are aligned in wishing to be the best in our areas of endeavour and there’s great synergy between our brands. The Springboks will now be carrying Samsung’s logo on the team’s kit and we look forward to a highly successful partnership over the next two seasons.”

Mokanyane says: “We believe in the power of sport to unite people from all walks of life and with passion at the core of our own operations, Samsung is honoured to be included as part of the SARU family. We will be joining millions of supporters the world over in shouting ‘Go Bokke’ as the team prepares to compete against the world’s best.”

The hacker, the scrapheap, and the first Apollo computer