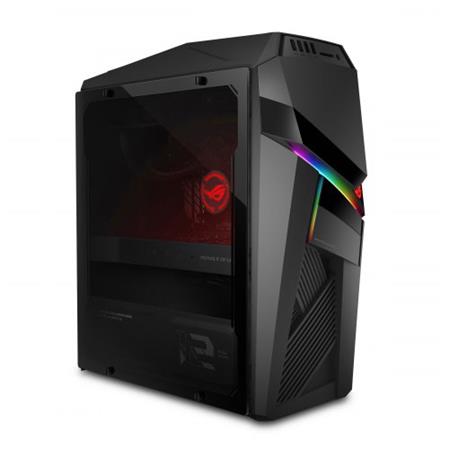 Asus Republic of Gamers’ (ROG) last week debuted the new version of the ROG Strix GL12 esports gaming desktop at an event in Johannesburg. The GL12CX uses the same compact chassis as the original GL12CM, but the internals are overhauled with up to the latest Core i9-9900K eight-core processor and NVIDIA GeForce RTX graphics. To complement the hot-swap SSD bay demanded by esports tournaments, there’s an innovative DIMM.2 module that can hold dual SSDs cooled by dedicated heatsinks.

The computer is liquid-cooled and factory-overclocked to give users the sharpest competitive edge. The CPU is fully unlocked for further fine tuning via its Armoury Crate software, which also lets users customise the Aura Sync lighting inside and out. With cutting-edge components housed in an easily upgradeable design, the ROG Strix GL12CX offers a stellar gaming experience with room to grow with future hardware.

Each processor is subjected to a series of stress tests to ensure the high factory overclock. A custom Cooler Master CPU liquid cooler, along with an extra 90mm fan at the back on the overclocked models then help to keep processor temperatures in check, preventing heat-induced hitches and slowdowns in performance, all while operating at a stunning 4.9GHz overclock on all cores and threads.

The computer has sharp angles on the front and top of the case. The included Armoury Crate software allows for the customisation of the RGB lighting that spills out of the intake and exhaust vents. ASUS Aura Sync technology also allows users to synchronise the system lighting with compatible peripherals such as mice, keyboards, and even monitors. The Aura Sync lighting can also reach to in-game events and environments in compatible games such as the new Call of Duty: Black Ops 4.

It has a hot-swap SSD bay — developed for esports gaming — that’s hidden behind the case’s magnetic front cover, allowing for quick swapping in of profiles and games without needing to shut down the system to install a new drive with the required tools. The hot-swap bay also greatly simplifies storage upgrades for all users. It includes the Asus DIMM.2 module that slots into the system’s new Z390 motherboard. This expansion card uses a memory-style slot to provide two M.2 connections for SSDs. Since heat can slow down the performance, the DIMM.2 module has integrated heatsinks for each SSD. These two additional connections allow for dual NVMe drives and RAID configurations, or one can be used for expansion while the other can be used for Intel Optane memory to accelerate a large hard-disk drive (HDD).

Related Topics:Asusproduct of the day
Up Next