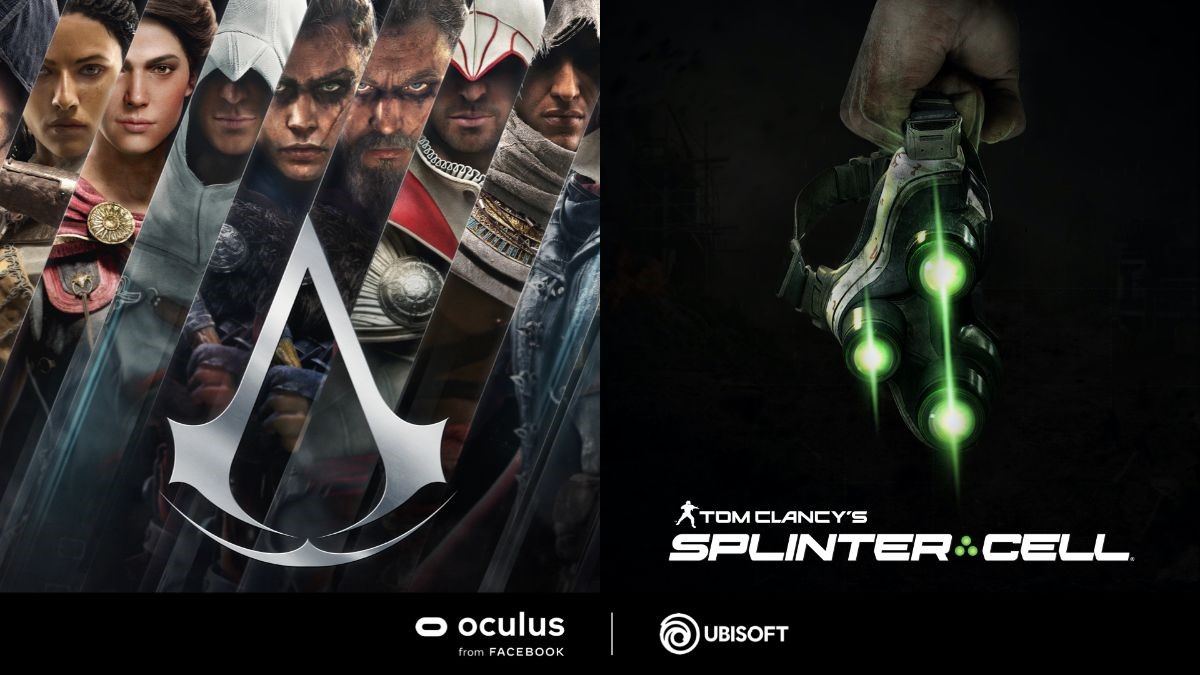 During last week’s Facebook Connect event, Ubisoft announced that it is developing two new games exclusively for the Oculus platform. Based on the Assassin’s Creed and Tom Clancy’s Splinter Cell franchises, both games deliver the signature fantasy of each brand through the immersive experience of VR.

Development of Assassin’s Creed and Tom Clancy’s Splinter Cell for VR will be led by Ubisoft’s Red Storm Entertainment, in collaboration with Ubisoft Reflections, Ubisoft Düsseldorf and Ubisoft Mumbai. Both games will be created from the ground up specifically for the Oculus platform, and each will include elements from the franchises that fans love.

“We are always exploring new ways we can leverage technology to help us create memorable gaming experiences,” says Elizabeth Loverso, VP of product development, Ubisoft’s Red Storm Entertainment. “Oculus’s state-of-the-art hardware will enable us to bring the worlds of Assassin’s Creed and Tom Clancy’s Splinter Cell to life for fans in a new way. These games will take full advantage of Oculus’s technology to deliver immersive, visceral experiences that players won’t be able to find anywhere else.”

“We’re thrilled to work with Ubisoft in bringing two of their AAA franchises to VR,” says Mike Verdu, VP of Content, Facebook Reality Labs. “They’re an exceptional partner consistently creating ground-breaking content, and Assassin’s Creed and Tom Clancy’s Splinter Cell on the Oculus platform will be no different. Players will have dramatic, immersive experiences inside beloved worlds previously only available in 2D, and we’re so eager to bring these made-for-VR games to franchise fans and new audiences alike.”