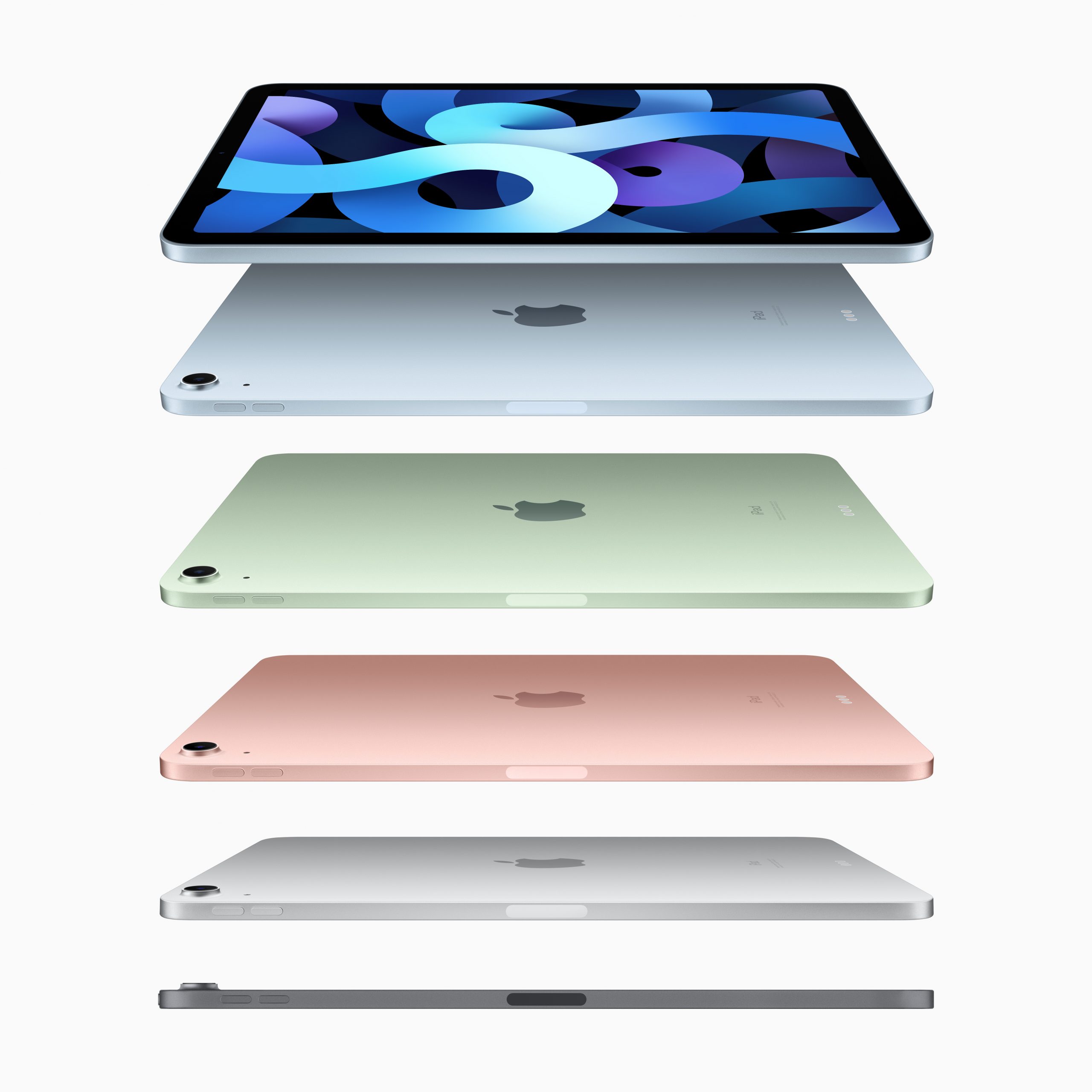 Apple last night introduced an new iPad Air, which features an iPad Pro-like design with a larger 10.9-inch Liquid Retina display, a new integrated Touch ID sensor in the top-lock button, and the powerful A14 Bionic for a huge boost in performance. The new A14 Bionic chip is the first in the industry to use a 5 nanometre process technology, which makes the processor hold 11.8 billion transistors. For scale, these transistors are so small, they have to be weighed in atoms.

New design on the iPad Air

To allow the display to extend on all sides, a next-generation of Touch ID is integrated into the top button, similar to how devices like the Huawei P40 lite implement fingerprint scanning on the lock key. The iPad Air also fits iPad Pro accessories like the Smart Keyboard Folio with trackpad, and the second generation, magnetic Apple Pencil.

The iPad Air delivers a massive boost in performance with Apple’s new processor, the A14 Bionic. The processor makes it much faster for users to edit and export 4K videos, create works of art, and play immersive games.

This latest-generation A-series chip features a new 6-core design for a 40 percent boost in CPU performance over the last generation, and a new 4-core graphics architecture for a 30 percent improvement in graphics. To deliver new machine learning capabilities, the A14 Bionic includes a new 16-core Neural Engine that is twice as fast as the A13, and capable of performing up to 11 trillion operations per second. This helps with on-device image recognition, natural language learning, analyzing motion, and other applications that would otherwise be done by a cloud service.

This A14 chip will also most likely be used in the new iPhone when that is released.

An upgraded camera with immersive audio

Apple has dropped the Lightning Port for a USB-C port, which enables for up to 5Gbps data transfer, which is 10 times faster for connecting to cameras and hard drives. It also supports external monitors up to 4K. With Wi-Fi 6 performance and 60 percent faster LTE connectivity, the iPad Air has received a serious upgrade.

Apple Watch can now be used without an iPhone