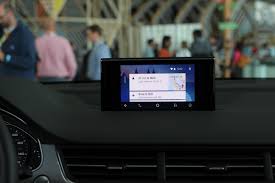 No more fumbling for cables. Users of Samsung Galaxy S8, S9, S10, Note 8, Note 9, and Note 10 devices will be able to use Android Auto wirelessly. These are the first smartphones to support Google’s wireless car connectivity solution outside of the Nexus and Pixel smartphones.

The catch is that Android Auto will only be available on cars that support wireless connectivity for Android Auto. These are limited to the new Audi, BMW, and Mini cars.

The Samsung devices will have to be updated to Android 9.0, if they’re not running a later version already, as well as the latest version of Android Auto from the Google Play store. The initial set-up process still requires a USB cable.

While this may seem very attractive, Pixel and Nexus device users have reported heavy battery drain when connecting wirelessly. This has not been confirmed in Samsung devices, but is likely, since Android Auto is graphically heavy.