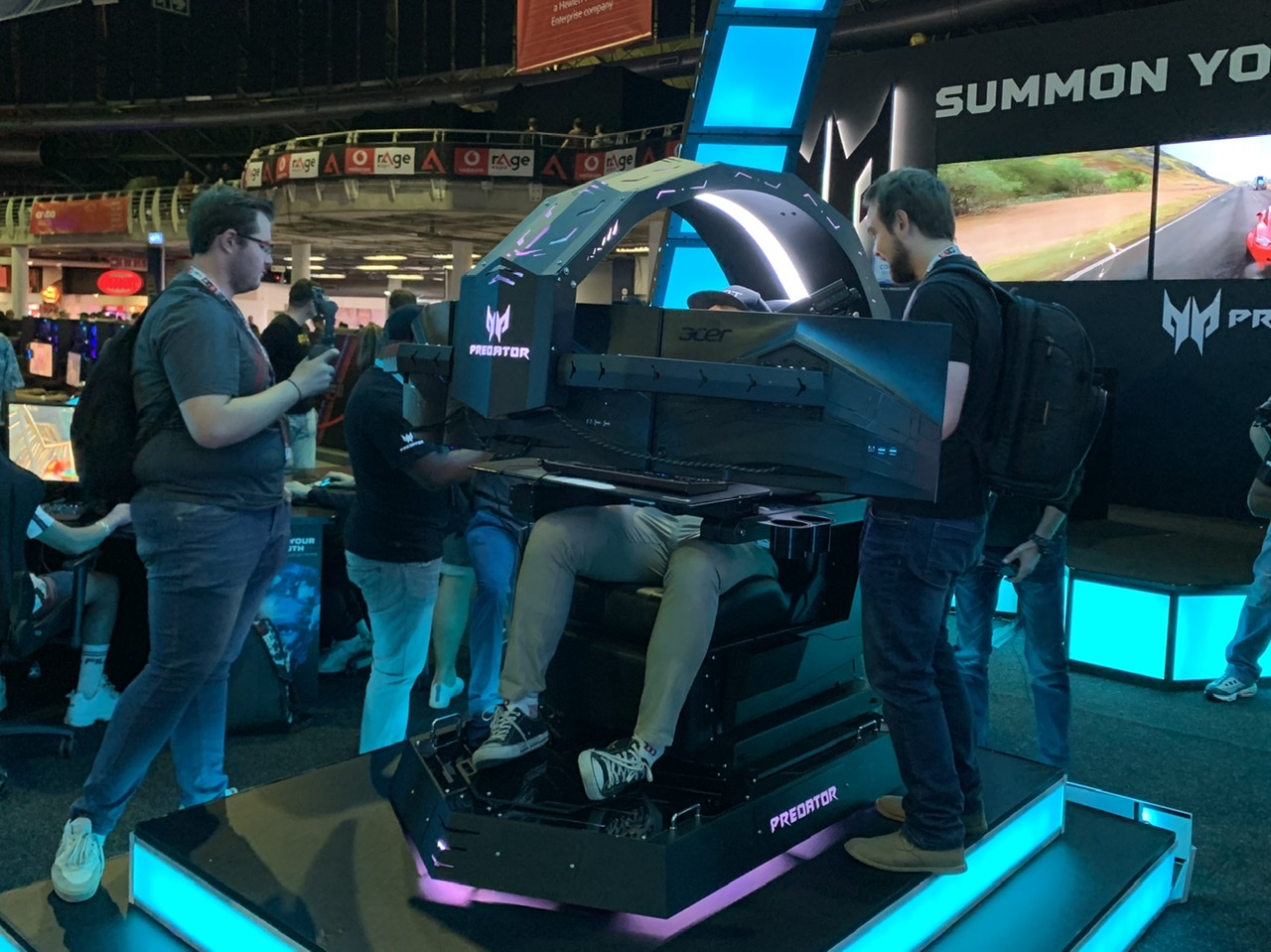 Acer has released a diverse set of computers, which are also on show at rAge this weekend, that are aimed at different subsets of these “slashies”. We spoke to Paul Collins, country manager for Acer, and Julia “Bish” Robson, e-sports personality and Acer’s brand ambassador for gaming.

“For students, the Nitro range is what I would recommend,” says Robson. “Even though it’s marketed as a medium-to-high-end spec, it’s definitely a computer that’s much more affordable while being high-quality. It’s functional not only for gaming, but also for working on documents, for example, on the go.

“When it comes to a younger child that’s interested in e-sports, but relies on a parent’s decision for a practical computer for school, the Nitro range is perfect for slipping into a backpack for doing work and gaming. As a gamer, most games I’ve experienced on the Nitro series computers had virtually no loss in quality. We have two Nitro 5s at the stand and we welcome expo goers to experience them.”

With the Nitro range entering the gaming space, it allows access to more players that are on a student budget, by standardising high-end features.

“If I can use a car analogy,” says Collins. “in Formula 1, the technologies that have been developed there get driven down, and eventually get fit into normal cars. We’re definitely in that range across the lines in our computers. From the Predator range, we pioneered a cooling system that has become standard and made its way into the Nitro range. There’s not a lot to sacrifice at this point with a budget gaming device, because so many high-end features and design practices are standard.”

As these devices borrow so many design and hardware features from other ranges, they still manage to stay distinct. Acer’s recently launched ConceptD range is aimed at the slashie that is more of a content creator or designer.

“Design features have been carefully optimised for the type of user,” says Collins. ”For example, the keyboard on the Predator range is vastly different to the keyboard on ConceptD devices, not only in layout but in type of keyboard. The screens are different – Designers are far more likely to opt for the ConceptD range because of the accurate colour matching, while gamers are far more likely to opt for a mechanical keyboard. It’s careful craftsmanship we’ve done in each of the ranges to maximise on user experience.”

“What remains consistent is the innovation and focus on performance across the ranges,” says Robson. “Those two elements make up who Acer is, and Acer has never skimped on those two pillars. For example, the ConceptD PC has placed attention to detail by having a wood finish with a wireless charger underneath. It’s ergonomic and that’s what appeals to designers. Designers love good design.

“On the other hand, the Predator Orion 3000 is something that’s compact and built for taking with you for LAN gaming. It features RGB, mechanical keyboards, all the features that gamers specifically want.”

Visit the Acer stand at rAge this weekend for more details about the Acer line-up of devices.

Worker safety gets boosted by 3D-printing