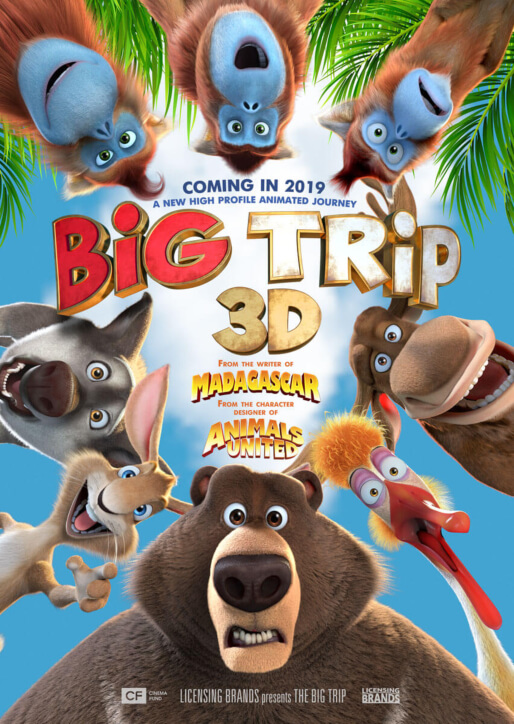 The story of Big Trip begins with a cute baby panda that is delivered to the wrong animal “door”. The story unfolds as a bear, wolf, tiger, moose and rabbit set out on an adventure through the Chinese countryside to return the baby panda to its home.

Mic-Mic, a bear and the most organised member of the group, is an all-round good guy who hates any form of disorder and designates himself leader of the expedition. He is joined by Oscar, the scatterbrained rabbit;  Duke, the most boastful pelican on the river; Janus, the wolf – and biggest coward in the forest; and Amur, the romantic tiger who dreams about someday finding a soulmate. Each character is dynamic and brings a unique and funny twist to a story that is hilarious for both kids and their parents.

Big Trip was written by American writer and film director Billy Frolick, co-writer of the award-winning animated movie, Madagascar. It will be in cinemas on 31 May 2019.

Among the Sleep – Enhanced Edition now available for Nintendo Switch