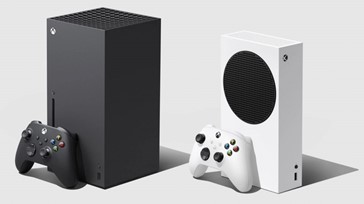 After the sell-out of the first allocation of Xbox Series S and X stock for launch in South Africa, Microsoft has confirmed additional stock to be made available for launch on 10 November 2020.

Retailers will be launching the second wave of pre-orders on 19 October.

“Microsoft has prioritised South Africa, and providing additional stock is confirmation of their commitment to our market,” says Ian Hepplewhite, CEO of Xbox distributor Prima Interactive Worldwide. “We recommend that customers register their interest on retailers’ wish list”sbefore 19 October. We are on track to deliver the stock on time for launch on 10 November.”

Xbox Series X is claimed to be the most powerful console in the world. With Smart Delivery users are automatically upgraded to the best Game version for their console at no extra charge, and their Xbox One and Xbox360 catalogue games are compatible with the console. With Xbox’s innovative Game Pass, they have a catalogue of over 100 games available to play for R99 per month.

The Xbox Series S is described as the smallest, sleekest Xbox ever.  At its heart is the Xbox Velocity Architecture, which pairs a custom-SSD with integrated software for faster, streamlined gameplay with significantly reduced load times.