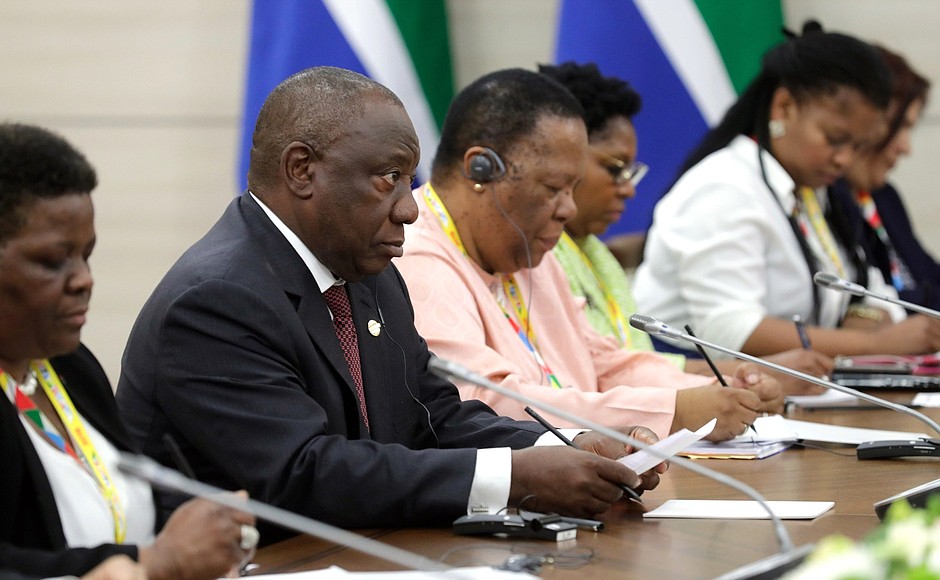 President Cyril Ramaphosa probably did not anticipate a backlash from South Africans when he took to Twitter to celebrate South Africa’s World Cup Rugby 2019 semi-final victory over Wales.

See you on Saturday BoJo @BorisJohnson when you will be watching Siya, the team and I hoist high Webb Ellis Cup. A STERLING showing once again by the @Springboks. Our national teams have just been doing amazingly on the international stage. #WALvRSA #RWC2019 #StrongerTogether pic.twitter.com/foDvuTNj5V

However, the tweet seemed to open the floodgates of South Africans’ pent-up frustrations. Prime among these was the fact that South Africans could not watch the rugby if they did not have a DStv Premium account – putting it out of reach of the vast majority of South Africans. It was the overwhelmingly most common response to the tweet.

President why should you always bail out SABC with our money and yet we can't see our national teams on the telly. Not fair dont you think?


Mr President, can you please intervene so that the underprivileged can also watch the #RWC2019 final. Please Mr President.


Dear Mr President, please talk to @DStv to open view for all non Premium subscribers for next week final kakopo hle…Thanks in advance

Along with this grievance, Twitter users objected to: the President wanting to meet UK prime minister Boris Johnson; the cost of a Presidential entourage attending the cup final in Japan; the Eskom crisis being ignored by the President; the behaviour of various ministers; and the shortage of adequate rugby fields in poor provinces.

We are “Flag Waving Pickaninis” … I doubt he feels any pressure! 🤷🏿‍♂️


Please lift the economy before the cup Mr President


Lovely. But I'm afraid dear South Africans, this trip by the President and other ministers and entourage will cost millions….Japan is not cheap either

That is not to say the President did not get support for his exuberance. By midday Monday he had close to 11,000 likes for his tweet, and 2,700 Retweets. However, it was in the 700+ comments on his tweet that frustrations boiled over.

South Africans got a taste of how great SABC public broadcasting could be with the FIFA World Cup games being broadcast for free on SABC 1, but these expectations have been dashed for rugby.

Bots taking over the boring bits of Audi jobs