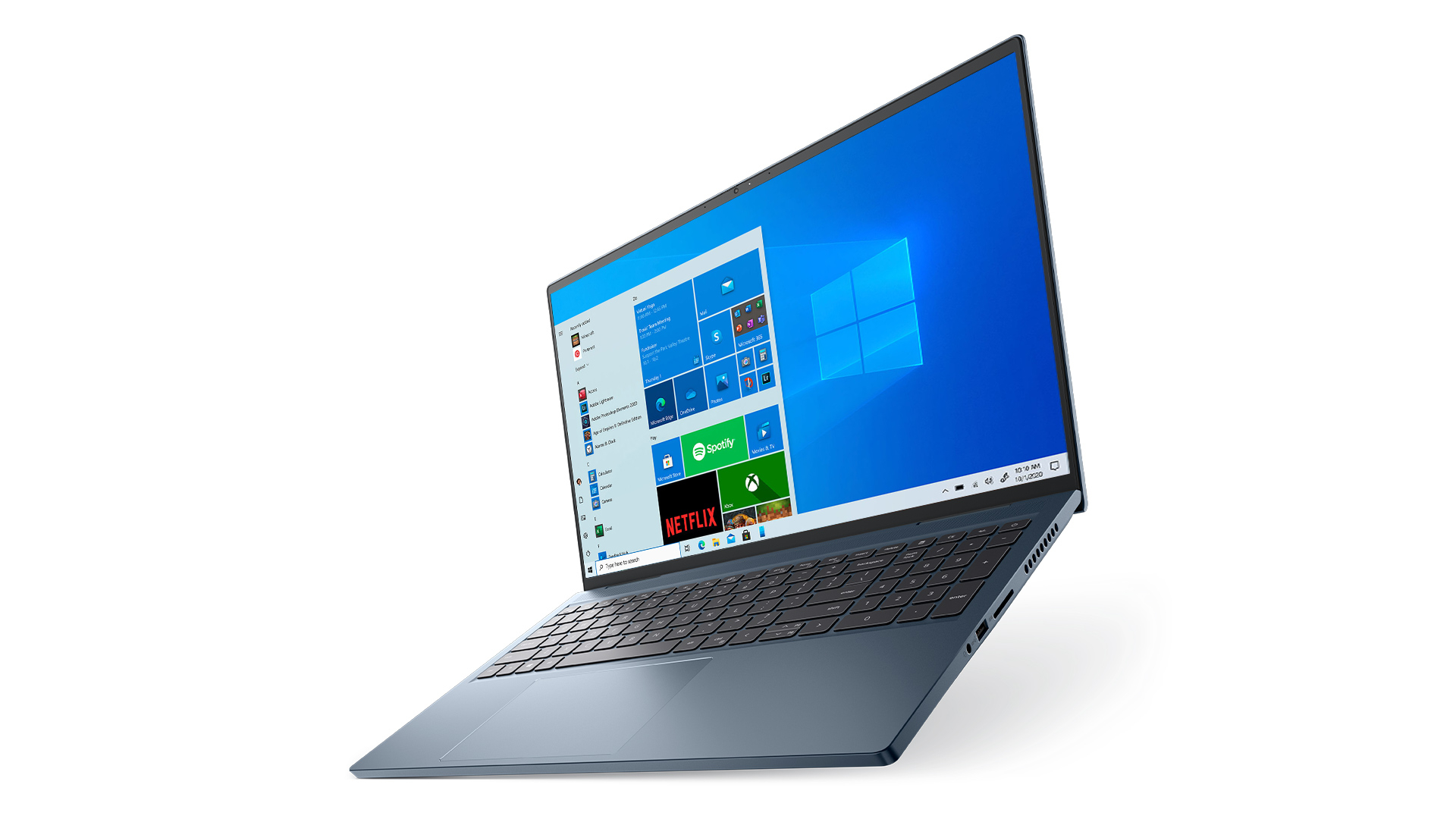 Dell’s business flagship, the Inspiron 16 7610, changes everything for the Windows PC landscape. Dell has implemented some of the strongest specs we’ve seen yet in a workstation, while remaining easy on the eye.

It offers numerous points of interaction and integration, including a 3.5mm headphone jack, two USB-A ports, a USB-C port, a full-sized SD card slot, an HDMI port, and a barrel-jack charging port. These are all the ports one would want to have in the business environment, and won’t leave users feeling like they missed out. A huge plus on the USB-C port is Thunderbolt 4 functionality, with Power Delivery, meaning one could connect and power an external display with one cable.

The 3K (3072 x 1920) display is easy on the eyes, with sharp contrast and vivid colours. This resolution is nearly identical to that of the new MacBook Pro 16. The webcam above the display has a built-in privacy shutter, so users can block it while not in use. Stereo microphones on either side of the webcam perform extremely well in video conferences.

The backlit keyboard is the shining point of this laptop: as it features comfortable key travel with some nifty features, like a fingerprint sensor hidden underneath the power key. Financial professionals will also be pleased with the full-sized num pad. However, Dell’s “precision trackpad” is a term that should be read with a careful eye. The trackpad is enormous, which makes it comfortable to use, but can be inaccurate and buggy after extended use. This may well be fixed with one of the future software updates that is included in the purchase. For now, it is best to use it with a wireless mouse.

The built-in downward-facing speakers are clear and crisp, and are fantastic for watching videos and participating in video calls. At higher volumes, they perform just as well, making it ideal for listening to conversations in louder workspaces. The resolution of the webcam is average, at 720p, which doesn’t make it a bad option, but can be disappointing in the context of a powerhouse machine.

The latest 6-core 11th generation Intel i5 with Nvidia RTX 3050 Studio graphics makes this one of the only business laptops that works hard and plays hard. We could export edited 4K videos slightly faster than real-time, and video editors and photographers will probably be impressed with this performance. Gamers can also reap the benefits from the Nvidia graphics, with most games performing in the high 60 frames per second (fps) with ultra settings.

The battery life varies wildly, depending on what a user was doing. It lasted 9 hours while watching Netflix with Microsoft Edge, but lasted around 5 hours with several Office programmes and many Firefox tabs open.

R29,499 including VAT, available now online and in stores.

This is Dell’s first 16-inch display in a 16-inch form factor, thanks to its bezelless design. The Mist Blue colourway is extremely premium and deviates from the usual silvers and greys one would find in business laptops. The aluminium body seals the deal, leaving a user with a high-class look and feel one would expect from the cooler XPS range.