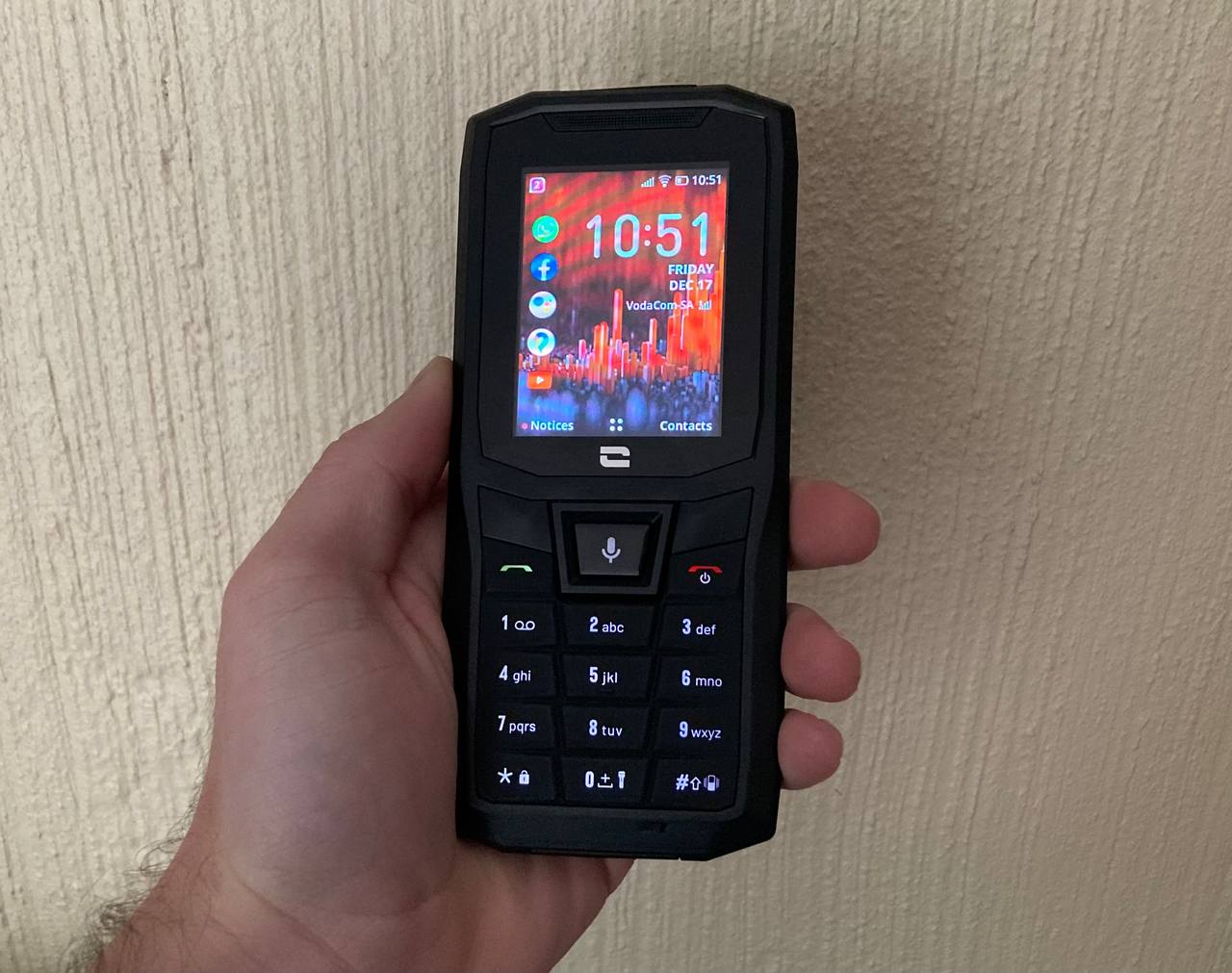 While typical users live in the smartphone era, there are still many who would prefer a T9 keyboard experience, meaning a traditional feature phone. Enter the Crosscall Core-S4, a KaiOS “smart feature phone”, which resembles a feature phone but packs apps like WhatsApp, Facebook, and Google Maps.

Figuring out the market for this device may seem tricky. However, there are plenty of environments that still make use of landline devices. The Core-S4 can be a drop-in replacement, and can provide more functionality than just answering and making calls.

With traditional DECT (Digital Enhanced Cordless Telecommunications), a standard for cordless phones, business users can easily move their landlines over to the Core-S4. It has built-in functionality to transfer calls, make conference calls, and filter out certain callers. With a loudspeaker that reaches up to 100dB, several people can be around the phone in a loud environment and still hear the other side.

Where this phone excels is in its durability. As we’ve seen in many company device deployments, some users tend to be less careful with the devices with they’ve been issued. The Core-S4 is MIL-STD 810H, meaning it can be dropped from 2 meters without breaking, and it can withstand extreme heat up to 71C. This makes it a convenient device for those working in heat-intensive industries like metalwork. It can also be used at -32C, which makes it great for refrigerated environments. It has an IP68 rating, meaning it’s waterproof up to 1.5m for 30 minutes, and it’s dustproof.

It’s not only strong on the outside – the internals allow this device to last for days. It comes with 4G and Wi-Fi connectivity, and the ability to use VoLTE (Voice over LTE/4G) and VoWi-Fi (Voice over Wi-Fi). These technologies become very useful when entering connectivity-limited areas. Users will still be able to make and receive calls over Wi-Fi if they can find a hotspot.

With LTE, it can make data calls over WhatsApp, as with any other smartphone. The second SIM slot also enables a user to make calls over one SIM and use the other with an affordable data provider. When taking the device abroad, one can keep the “home” SIM in and use VoWi-Fi, while the other slot can be used for a local SIM.

The tactile feel of the T9 keyboard is comfortable and makes it easy to dial numbers and make a short text message. The keypad is a single piece of silicone, so no dust will get between the keys. For longer messages, the centre Google Assistant button can transcribe one’s voice to text for faster text entry. Of course, the other option is a voice note when using apps like WhatsApp.

Onboard, there is 4GB of built-in storage and a 2MP rear camera with a flash. It also has an option to expand the storage up to 64GB via a microSD card. The rear camera performs well in brighter conditions, but it’s not a device for a photographer.

The 2.4” screen is bright enough to use in outdoor conditions, and is coated with Corning Gorilla Glass 3 for shatter resistance. Around the back, there are metal rings for X-Link accessories like magnetic chargers.

We tested the device with typical usage by replying to a few WhatsApps, using the FM radio, and making occasional calls. The device lasted 5 days before needing to be recharged via its micro-USB port.

It works for those who need to:

– Use a device with wet hands – not ideal on touchscreen handsets.

– Wash their device with soap after it gets dirty.

– Make calls with a loud and clear speakerphone that reaches up to 100dB.

– Use two SIM cards at the same time.

It does not work for those who need to:

– Send messages quickly – which is not suitable from a T9 keypad. Google Assistant can type out messages from voice, but this is not always ideal.

– Store a lot of photos and videos. A smartphone like the Crosscall Core-M5 is more suitable for this application.

Overall, the Crosscall Core-S4 is a very capable smart feature phone that delivers on features and battery life – giving a great middle-ground to those who need both sets of features in a rugged design. At a recommended price of R2499, it is one of the more affordable handsets from Crosscall’s range.