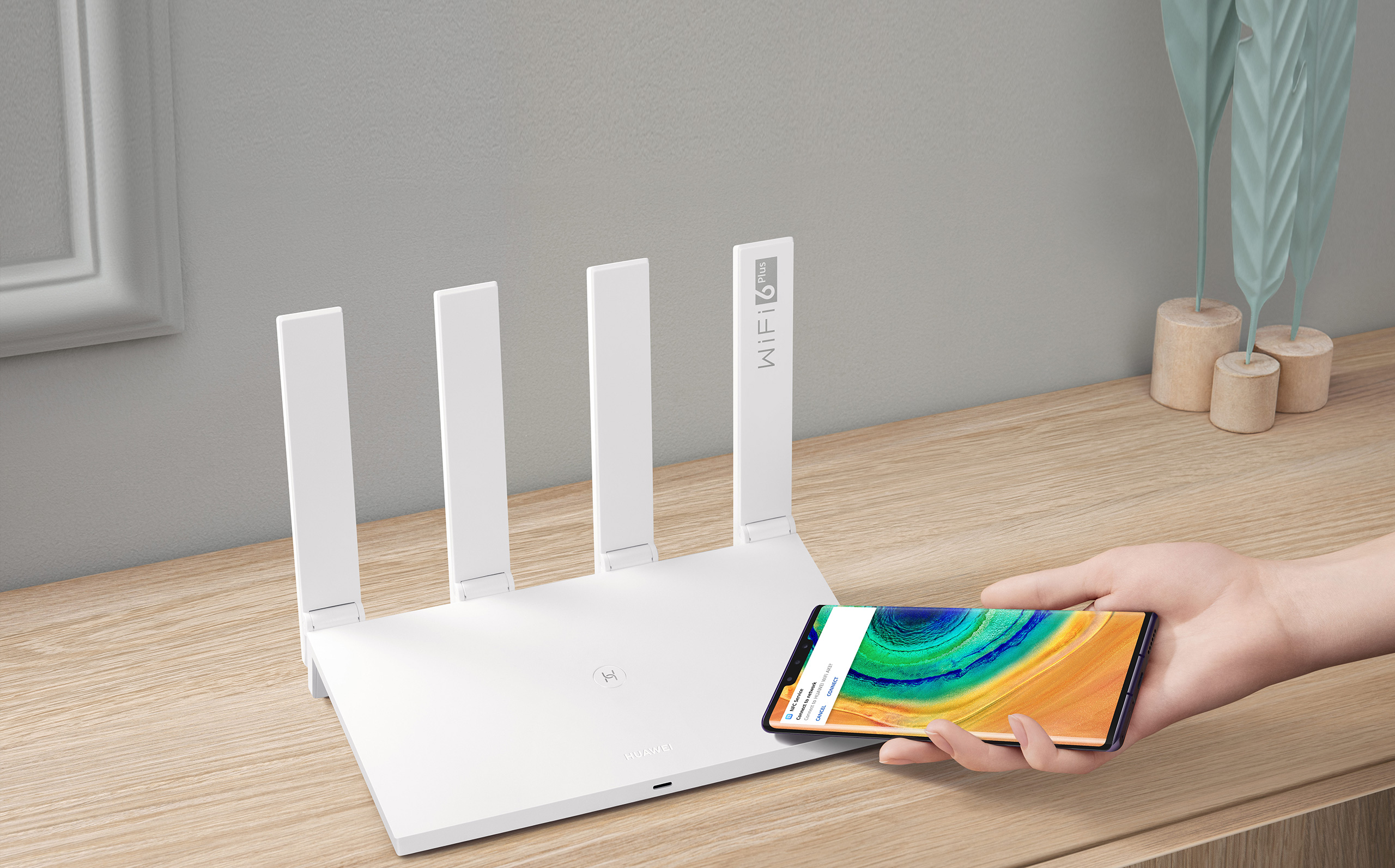 Wi-Fi 6, one of the largest shifts in Wi-Fi networking to date, was launched as 5G hype reached its heights, and almost disappeared under the noise of. This despite the fact that the move from Wi-Fi 5 (802.11ac) to 6 (802.11ax) represents similar benefits to those of 5G.

Now, Huawei has forked Wi-Fi 6 into the Wi-Fi 6 Plus standard, which offers double the speed of Wi-Fi 6, as well as better wall penetration. The technology, which allows fewer base stations to reach more devices, is being made available on Huawei routers and select devices.

This leverages the clearest benefit of Wi-Fi 6 technology in general, that it massively increases the number of devices that can be connected to a base station at a point in time. This is especially significant for spaces that hold a large number of people (and their devices), like conferences, lecture halls, and sports stadiums. The Wi-Fi Alliance has designed Wi-Fi 6 base stations to work with large numbers of devices, while ensuring the standard itself is power efficient for laptops and smart devices. Huawei has submitted 15% of all accepted Wi-Fi 6 standard proposals, more than any other manufacturer.

The new standard is important for large offices spaces as well as homes of the future. When one begins to tally the laptops, tablets, smartphones, smartwatches, smart TVs, smart speakers, and many other Wi-Fi enabled devices in a modern home, it becomes apparent why Wi-Fi 6 has a strong focus on the number of connected devices. According to the OCED, by 2022 the average US household with two teenagers will have 50 Wi-Fi connected devices on the network. That figure may be lower in South Africa, but the average working family with kids at school is already likely to have at least a dozen connected devices in the home.

Speed is another clear benefit, but not as obvious. While the near gigabit (0.8Gbps) speeds of Wi-Fi 5 may be adequate for consumers, Wi-Fi 6 shines in corporate deployments. Wi-Fi 6 improved on Wi-Fi 5 speeds by up to 40% (or 1.2Gbps). While this may not sound impressive, speed improvements were not as much of a focus for this generation of Wi-Fi as it was for the jump from 4G to 5G. However, Huawei’s Wi-Fi 6 Plus operates at around 2 times the speed of Wi-Fi 6, which pushes speeds of up to 3Gbps per device, offering serious potential in data-intensive business applications.

For those who want to download full movies to their computers, as opposed to streaming, the AX3 will be able to download a 4K film in 10 seconds. For businesses processing large data sets, Wi-Fi 6 Plus technology will enable large database replication in a matter of seconds.

In addition to being fast and being able to hold more devices on a network, Wi-Fi 6 in the AX3 routers will be able to penetrate walls better, reducing problems that users encounter through being separated from their router by too many rooms.

Overall, the benefits of Wi-Fi 6 Plus are vast and indicate how far Huawei is ready to push its devices to the leading edge.

The drive-in cinema is back