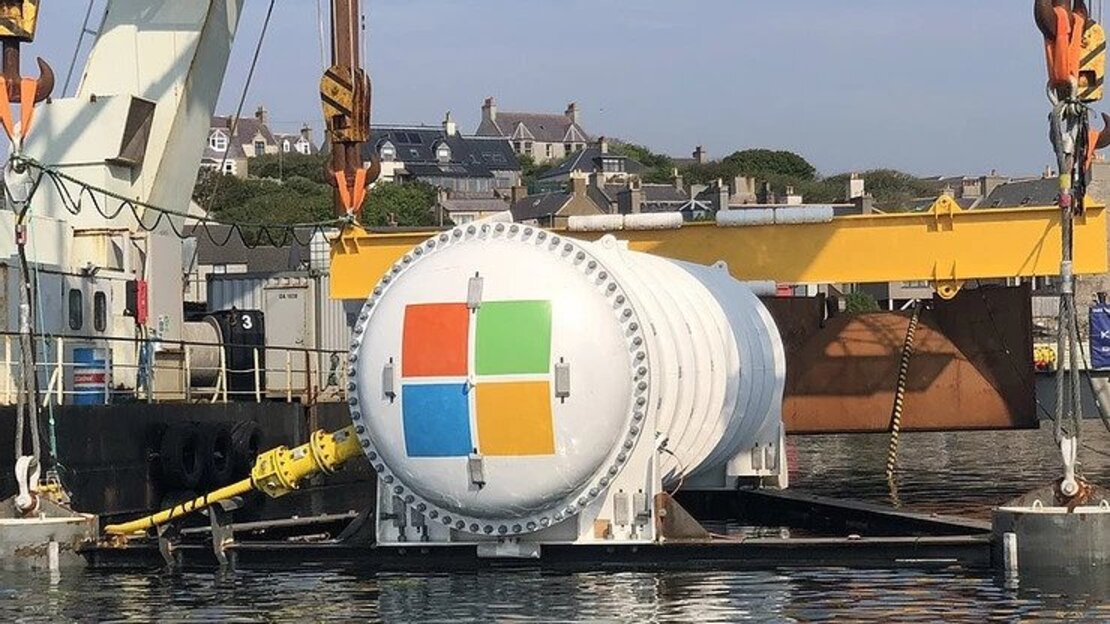 Last week, Microsoft released the results of their two year experiment of hosting a datacenter underneath the ocean floor bed just off the Scottish coast line. This was in an effort to extract greater efficiencies from a thermal cooling perspective, whilst using less electricity and the associated carbon cost to the planet.

On a daily basis, companies are talking about the concept of “going green” and being more environmentally friendly, but few are actually planning for a change in our planet’s climate. Executives should visualize their companies in 30 years’ time, as climate change impacts their profitability and corporate survival.

Unfortunately, most of them do not, with the focus very much short term on the next quarter’s earnings to please shareholders. The thinking that permeates is always that the next CEO or his successor can fret about the long-term climate strategy…

First, some background: At an elevation of 3300 feet in the Spanish Pyrenees, a wine farmer by the name of Miguel Torres invested in his company’s future by planting 104 hectares of a pinot noir cultivar 10 years ago. At the time, common knowledge dictated that grapes won’t do well that high above sea level, owing to the cold temperature. However, Torres, being the head of one of the largest wine families in Spain, had access to scientific data that showed that the current Rioja wine region would be nonviable for growing grapes within 40 – 70 years, owing to climate change.

The actual wine belt of Europe would move north by as much as 40 kilometres per decade so much so, that some farmers are considering planting grapes in the south of England and even as far north as Scandinavia. Should this happen Migual had effectively mitigated his companies risk by planting this vineyard in the Pyrenees as a hedge to future climate change.

The question begs however, what companies are currently doing to prepare or plan for downside scenarios when it comes to climate change.

Planning for more hurricanes or rising sea levels owing to climate change, might be an important issue for a coastal property developer, but it is very difficult to justify spending a lot of shareholders money on mitigating risk X if the company could actually be blindsided by risk Y instead.

The evidence thus suggests that the corporate sector is doing very little other than reducing carbon emission and perhaps improving on their environmental sustainability. Some have taken the more pessimistic approach of adaptation.

The problem with an adaptation strategy is of course that it has very little PR value for a company. Nobody is trying here to save the planet for future generations….it is all about trying to remain profitable when the earth starts falling apart. No streetwise company is going to publicize that kind of thinking.

New regulations in the USA from the Security and Exchange Commission will force companies to reveal any material risk that they may suffer from climate change. This will allow investors to adapt their strategies according to the way that companies view climate risk.

Climate change can however be viewed by companies as more than an ominous reality but perhaps even as a business opportunity.

In places like Brazil, state-owned banks such as BNDES and Banco do Brazil are evaluating whether investing in projects makes sense if the sustainability does not exceed 20 or 30 years. Agricultural giants such as Monsanto are developing genetically engineered crops that can withstand drought better and some global shipping firms are using satellite imagery to plot more fuel-efficient transportation lines through a partial ice-free Artic passage. In the American West, power companies such as TransAlta has put future power plants on hold, seeing that water rights for the project life duration could not be ensured.

Dan Ariely, a behavior economist that penned the book “Predictably Irrational”, is quoted as saying “that climate change is a problem that is perfectly designed to make people do nothing: It happens far in the future; its effects will be felt most greatly by other people; and the efforts of any one individual are minuscule.”

The problem with climate change is of course that the time horizon spans over decades and most corporate companies work on a business plan of typical 5-7 years at a time. Investing massive amounts of money in a project where the potential return could only reflect in 20 or 30 years might be difficult to swallow for most shareholders and executives, especially if the future probability is difficult to predict.

Take the example of an electronic manufacturer that relies on silicon supplies from Bolivia for its semi-conductors. If your climate change model predicts massive upheaval in that country’s economy, leading to possible political unrest and a massive increase in the price of silicon, do you start stockpiling silicon now?

This is a serious potential risk to the company, but there is very little that you could do about it from a hedging point of view, as silicon is not a futures traded commodity. The company might as well disclose the risk in its SEC filings and continue doing business as before.

Another hedging strategy would be to buy insurance against potential climate change.

Already the majority of reinsurance companies are pricing risk according to their climate change models. Companies are however experiencing a false sense of security thinking that their risks are hedged. Remember that insurance policies are only valid for 12 or 24 months at a time, thereafter you are actually renewing on a yearly basis. Should the insurance company’s climate change risk model predict a catastrophe in 20 years’ time, there is no need to increase premiums now. Nothing prevents them from refusing cover in 15 years’ time as the effects of climate change slowly unfolds or increasing the premiums at an unaffordable rate when it suits them.

Think back to the Bhopal chemical disaster in India in 1984. After the event, pollution liability insurance went off the market completely for a time. When the reinsurance companies offered it again, the cost was 10 times higher than before the event!

Thus, insurance does not work very well as an adaptation strategy to climate change either, as rising insurance cost is inherently difficult to protect a company against.

In conclusion, even if the effects of climate change are foreseeable, they can be impossible to hedge. The lesson here is that identifying a risk is not the same thing as being able to negate it.