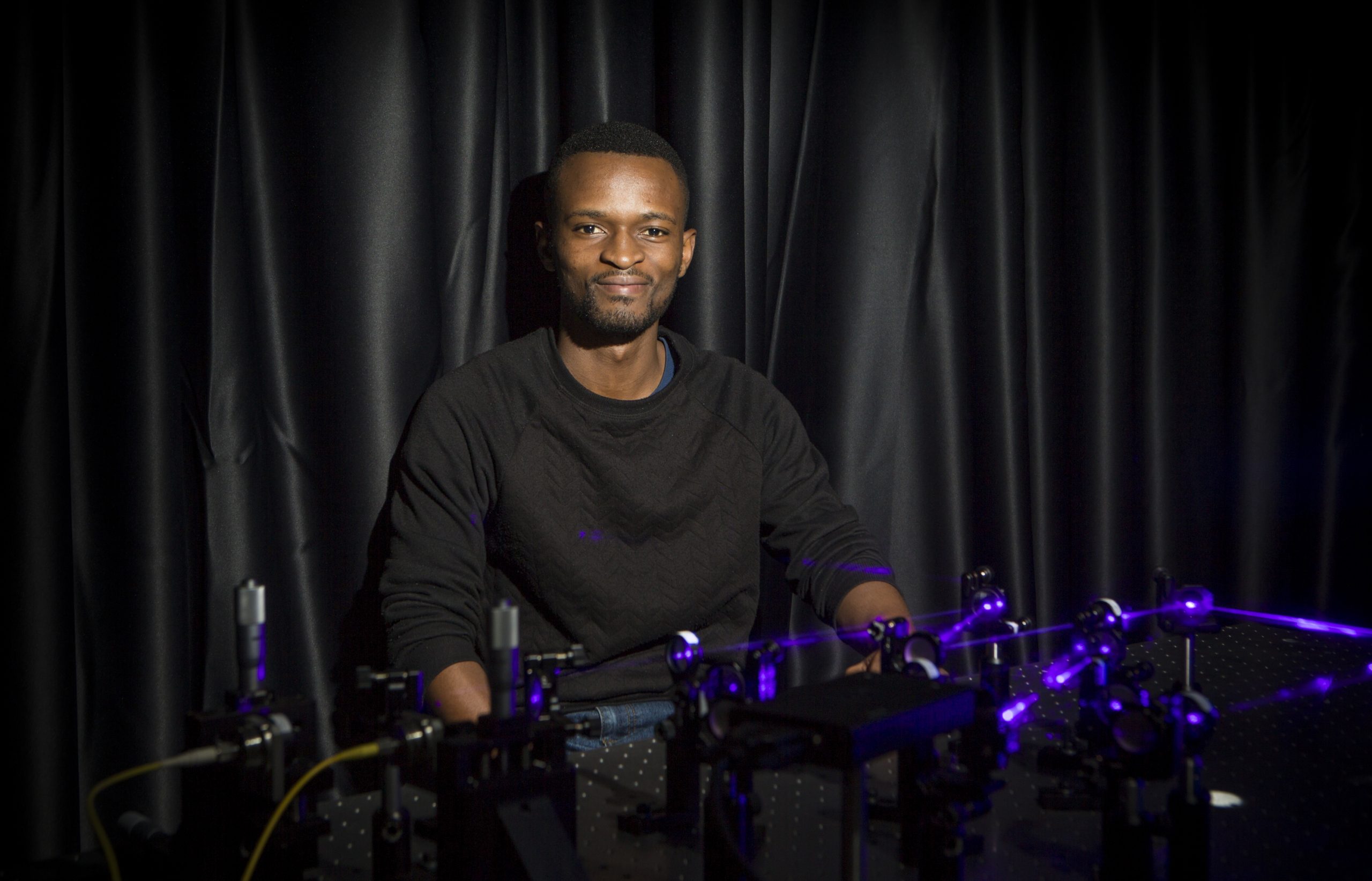 Picture: University of the Witwatersrand

A PhD student at Wits University, along with colleagues from Wits and Huazhang University of Science and Technology in Wuhan, China, have found a way to transfer data securely across optical fibre networks.

The team, led by Wits Professor Andrew Forbes, has demonstrated that multiple quantum patterns of twisted light can be transmitted across a conventional fibre link that, paradoxically, supports only one pattern. The research, published in Science Advances, opens up the way to securely transport data across fibre networks, using multiple dimensions of light. Combined with the qualities of entangled quantum light, this data transfer can also now be done in a highly secure manner, which was previously not possible.

“Our team showed that multiple patterns of light are accessible through conventional optical fibre that can only support a single pattern,” says Wits PhD student, Isaac Nape, one of the leading PhD students on the team. “We achieved this ‘quantum trick’ by engineering the entanglement of two photons. We sent the polarised photon down the fibre line and accessed many other patterns with the other photon.”

Entanglement is when a pair or group of particles (such as photons) interact in such a way that the quantum state of each of the particles cannot be described independently of the state of the others, even when the particles are separated by a large distance. In other words, qualities such as the handedness (like left or right) of the one entangled particle will directly affect its entangled counterpart.

“In essence, the research introduces the concept of communicating across legacy fibre networks with multi-dimensional entangled states, bringing together the benefits of existing quantum communication with polarised photons with that of high-dimension communication using patterns of light,” says Forbes.

Using so-called “qubits” (2D quantum states) the information capacity is limited but it is easy to get such states across fibre links using polarisation as a degree of freedom for the encoding.

The spatial pattern of light is another degree of freedom that has the benefit of high-dimensional encoding. However, while you can use many patterns of light in communications, this requires custom fibre optical cable, so it is unsuitable to already existing networks.

“The trick was to twist the one photon in polarisation and twist the other in pattern, forming ‘spirally light’ that is entangled in two degrees of freedom,” says Forbes. “Since the polarisation entangled photon has only one pattern, it could be sent down the long-distance single-mode fibre, while the twisted light photon could be measured without the fibre, accessing multi-dimensional twisted patterns in the free-space. These twists carry orbital angular momentum (or spin), a promising candidate for encoding information.”

The team demonstrated transfer of multi-dimensional entanglement states over 250 m of single-mode fibre, showing that an infinite number of two-dimensional subspaces could be realised. Each subspace could be used for sending information, or multiplexing information to multiple receivers.

“A consequence of this new approach is that multiple patterns of light can be used in the fibre, but two at a time. It is a compromise because you can still get to “infinity” but by adding 2+2+2 … rather than in just one step,” says Forbes. Importantly, high-dimensional states are unsuitable for transmission over conventional fibre networks, whereas this new approach allows legacy networks to be used.

Continue Reading
You may also like...
Related Topics:featured, Internet connectivity