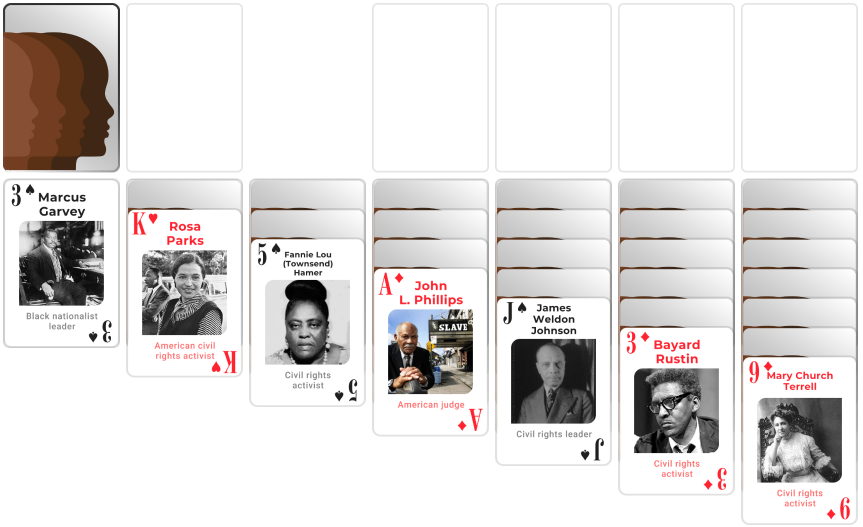 Solitaired, an online card gaming platform, has updated its platform with new trivia decks — accompanied with new designs. Players globally are now able to discover fun facts about some of history’s most fascinating figures.

The browser-based site offers over 500 classic solitaire games including, Solitaire, FreeCell and, Spider — with an educational element added.

On Solitaired, players can use the “Change Design” option to choose from dozens of decks, including the MIT – Inspiring Inventors and Heroes of the Civil Rights Movement designs.

In this deck, players can learn about the lives of history’s heroes, from civil rights activists, Martin Luther King Jr. and Rosa Parks, to suffragists such as Sojourner Truth and Laura de Force Gordon, who fought for women’s rights in the American West.

Created in collaboration with partners Encyclopedia Britannica, the Jeopardy-winning biographers of Who2 and MIT’s Lemelson program, the educational deck designs have been created to add an additional flare to the card games.

Somashekar says, “Solitaire continues to be one of the most popular games played. Millions of people play it every day as a fun way to take a break. Instead of just traditional cards, we saw an opportunity to shake things up and tell a story around fascinating figures. Now, when millions of people play this classic game, not only will they have fun, they’ll learn about individuals who’ve made a difference too.”

The platform can be accessed to play the card games from their website, or app on Android devices only.

Related Topics:GameGamesproduct of the day
Up Next