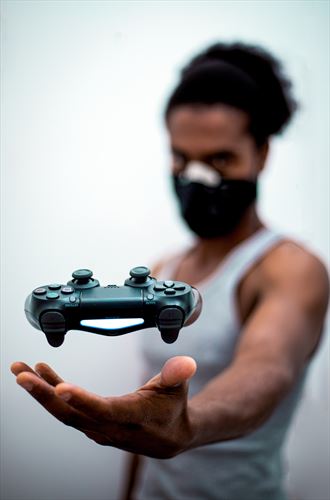 Sure, there is no substitute for the sight, sound, smell, speed and adrenalin associated with the real thing, but the forced move to the world of simulators has shown that these are not an alternative, but rather a parallel extension that offers a symbiotic relationship with real racing.

Entries for the third version of the Solidarity e-Race round, which took place at the fabled Nürburgring Nordschleife, pitted novices against professionals of both the digital and real-life world with enough entries to make for a full week of qualifiers, quarter- and semi-finals, as well as a plate and grand final.

Pulling drivers from both facets meant that there was also a diverse mix of spectators – some have never been to a physical circuit while others, who frequented tracks in the past, had to get their kids to help them login and view the action.

General public motorsport awareness has grown in leaps and bounds with the result that throughout 13 to 25 May the series organisers saw 1 073 283 impressions across the various social media platforms with a reach of 787 172 people, of which 154 644 watched video material and 75 078 engaged online. As a result, simulation racing drivers are now being talked about by the traditional race fans and vice versa, and this increased interaction between the different disciplines could result in more fans at future live events.

Sponsors have seen the upsweep in motorsport interest and indicated that when the tracks reopen, they’ll keep supporting both disciplines in this cross-pollination. The relatively low-cost entry to the simulation racing world is an exciting prospect for motorsport in that it will open the doors of opportunity now more than ever before. The next South African racing superstar might not have to set foot on a track ever.

The Seagate Solidarity e-Race series, which raises money for the Solidarity Fund to help South Africans in the current difficult times, is more than just a bit of lockdown relief. With the help of sponsors, the series is pushing all aspects of local motorsport forward to reach new heights.

With the support from Seagate Gaming, Afrihost, Data Sciences, Pure Storage, NEC and True Race, well over R70 000 worth of prizes were handed out during Version 3. The recent event also saw the introduction of a motorsport commentator search, where Kyle Lawrence and George Smith rose to the top of the list. Furthermore, Volkswagen Motorsport Academy got involved by rewarding youngster Arno Visagie (the best-placed sim racer) with a spot on its 2021 programme, where all aspects of competition driving are taught and fine-tuned.

As the saying goes, one hand washes the other, and the tie-up between virtual and real racing looks to be no different. Head over to www.solidarityerace.co.za or follow Solidarity e-Race Facebook and YouTube pages for more information.