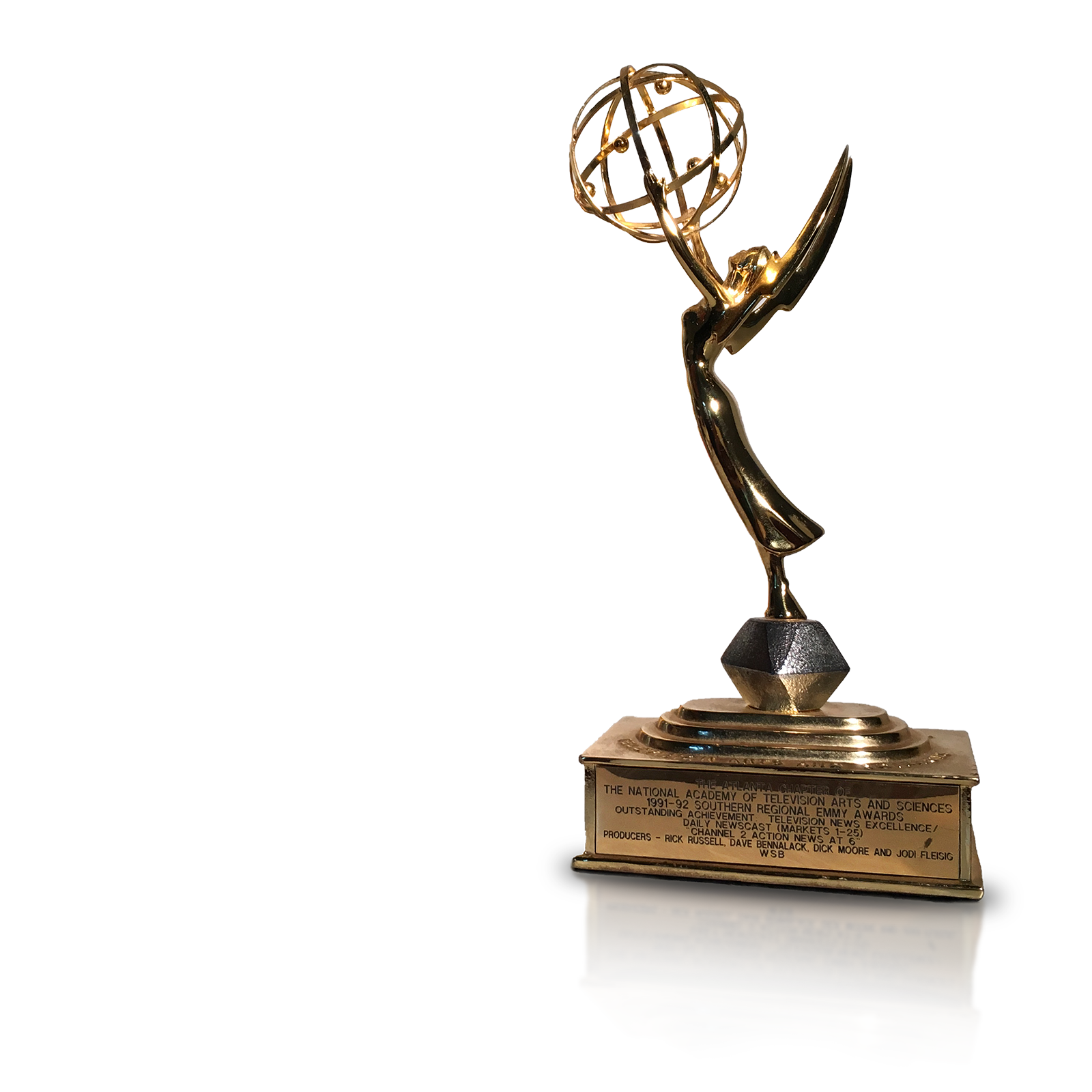 Several TV shows on Showmax are up for 108 awards at the 2022 Primetime Emmy Awards. The 15 nominated titles on Showmax include the most nominated show overall, Succession, as well as The White Lotus, which is tied in second place. Showmax is also home to three of the Outstanding Drama nominees (Euphoria, Succession, Yellowjackets), three of the Outstanding Comedy nominees (Barry, Curb Your Enthusiasm and What We Do In The Shadows, with a fourth coming soon in Hacks S2), and the most nominated Limited Series, The White Lotus.

The most nominated series overall at this year’s Emmy Awards, Succession follows four very rich siblings behaving very badly while trying to win their father’s approval – and control of his company, a global media and entertainment empire.

The third season of HBO’s hit drama series is up for 25 Emmys, including Outstanding Drama Series, Directing, Writing, Editing and Casting – all categories Season 2 won in 2020. 2020 Lead Actor winner Jeremy Strong is nominated again as Kendall Roy, as always competing with his on-screen father, Logan (Brian Cox). Almost the entire cast is up for Emmys this year, including Sarah Snook as Shiv, Kieran Culkin as Roman, Matthew Macfadyen as Tom, Nicholas Braun as Cousin Greg, and, for the first time, J. Smith Cameron as Gerri. S3 additions Adrien Brody, Alexander Skarsgård, Hope Davis and Sanaa Lathan all nabbed Guest Actor or Actress nominations, as did 2020 nominees Harriet Walter and James Cromwell, and, for the first time, Arian Moayed as Stewy.

The most nominated Limited Series at this year’s Emmys, and jointly the second most nominated series overall, The White Lotus is set at an exclusive Hawaiian resort over one highly transformative week, gradually peeling back the glossy veneer of picture-perfect travellers, cheerful hotel employees, and the idyllic locale itself to reveal something far uglier beneath.

Season 2 of HBO’s groundbreaking 18LSDVN teen series is up for 16 Emmys, including Outstanding Drama, Cinematography, Editing, and Casting. As expected, Zendaya is nominated again, while Sydney Sweeney is up for Supporting Actress as Cassie (and also in the Limited Series category for her role in The White Lotus). Colman Domingo is up for Guest Actor as Ali, her sponsor, and Martha Kelly is nominated for Guest Actress as drug dealer Laurie.

Season 2 has an 82% critics’ rating on Rotten Tomatoes, where the critics’ consensus hails it for being “as wilfully provocative as ever.”

Rotten Tomatoes’ Best Series of 2022 (So Far), Season 3 of Barry has just been nominated for 14 Emmys, including Outstanding Comedy, Directing, Cinematography, Editing, Casting and Stunt Coordination.

Picking up six months after the Season 2 finale, in the aftermath of the monastery shootout, HBO’s hitman in Hollywood comedy starts with Sally filming her own show, NoHo Hank in love, and our favourite hitman, Barry, without an acting class to go to anymore.

At the Emmys, co-creator Bill Hader is again nominated for Outstanding Leading Actor as Barry, having won in 2018 and 2019. He’s also again nominated for Directing and Writing Emmys this year. Henry Winkler earned his third Emmy nomination for Supporting Actor as Gene Cousineau, after winning in 2018. Winkler faces stiff competition this year from co-star Anthony Carrigan, nominated for the second time as fan favourite NoHo Hank.

S3, which also sees Stephen Root and Sarah Goldberg return in their Emmy-nominated roles as Fuches and Sally, has a 100% critics’ rating on Rotten Tomatoes.

Yellowjackets follow the now-adult survivors of a plane crash that stranded their wildly talented high school girls’ soccer team deep in the Canadian wilderness in 1996.

The Showtime series is up for seven Emmys this year, including Outstanding Drama, Directing, Writing and Casting. As Shauna, Melanie Lynsky is up for her first Emmy as Outstanding Lead Actress, following wins at the 2022 Critics Choice and Critics Choice Super Awards, where Yellowjackets was also named Best Horror. As Misty, Christina Ricci is also up for the Supporting Actress Emmy.

What We Do In The Shadows – Season 3

Based on the 2014 cult movie from the batty brains of nine-time Emmy nominee Jemaine Clement (Flight Of The Conchords) and Oscar winner Taika Waititi (Jojo Rabbit, Thor: Ragnarok), What We Do in the Shadows follows four vampires who’ve “lived” together for hundreds of years – plenty of time to get on each other’s nerves.

Season 3 of What We Do In The Shadows is up for seven Emmys, including Outstanding Comedy, Writing, Costumes and Stunt Co-ordination.

Named Best Science Fiction/Fantasy Series at the 2022 Critics Choice Super Awards, Station Eleven follows the scattered survivors of a devastating global pandemic as they attempt to rebuild the world anew and hold on to the best of what’s been lost.

Based on the Arthur C Clarke Award-winning 2014 novel by Emily St John Mandel, the dystopian sci-fi drama is up for seven Emmys, including Directing, Writing, Cinematography and Writing. As Jeevan, Himesh Patel (Don’t Look Up, Yesterday) is also up for his first Emmy, for Outstanding Actor in a Limited Series.

Season 11 of HBO comedy Curb Your Enthusiasm is up for four Emmys: Outstanding Comedy, Casting, Sound Mixing and Guest Actor (Bill Hader, who is also up for Emmys this year for writing, directing and starring in Barry). This takes the show to over 50 Emmy nominations.

Hader plays the triple role of Igor, Gregor and Timor but as always he’s just one of a number of celeb cameos this season, including Oscar nominees Albert Brooks and Woody Harrelson, Emmy winners Jon Hamm, Ted Danson and Tracey Ullman, and three-time Emmy nominee Kaley Cuoco. But as usual, the real star is Seinfeld co-creator Larry David being as hysterically inappropriate as ever. Season 11 has a 94% critics’ rating on Rotten Tomatoes.

Issa Rae received her third Outstanding Lead Actress: Comedy nomination from the Emmys for her role as Issa in Insecure. Although it was snubbed in the Outstanding Comedy category, the groundbreaking HBO series is also up for Cinematography and Editing Emmys this year, having won the Editing Emmy in 2020. Season 5 brings the groundbreaking series to end, so this will be Emmy voters’ last chance to give Rae the recognition she deserves for changing the TV landscape.

Season 5 has a 100% critics’ rating on Rotten Tomatoes, where the critics’ consensus calls the show “a fully confident comedy with plenty left to say about friendship, love, and self-esteem.”

While fans will be gutted that Yvonne Orji (Molly) was overlooked in the Supporting Actress category, they can at least root for Natasha Rothwell (Kelli), who is up for her first Supporting Actress Emmy this year for her role as Belinda on Limited Series favourite The White Lotus.

Nominated for a 2022 Emmy for Outstanding Television Movie, Ray Donovan: The Movie picks up where the seventh and final season of the Emmy-winning series left off, with Mickey (Oscar winner Jon Voight) in the wind and Ray (eight-time Emmy nominee Liev Schreiber) determined to find and stop him before he can cause any more carnage.

With multi-award winners Eddie Marsan (Wrath of Man, 21 Grams) and Dash Mihok (Silver Linings Playbook, Romeo + Juliet), Pooch Hall (The Game), and Katharine Moennig (The L Word) co-starring, the Showtime film also weaves together the present-day fallout from the Donovan/Sullivan feud with Ray and Mickey’s origin story from 30 years before.

Prompted by fan protests at the show’s cancellation, Ray Donovan: The Movie has an 87% critics’ rating on Rotten Tomatoes.

Scenes From A Marriage – Season 1

Oscar Isaac (Moon Knight, Star Wars’ Poe Dameron) is nominated as Outstanding Actor: Limited Series at the 2022 Emmys for his performance as Jonathan in Scenes From A Marriage. This is his first Emmy nomination.

A remake of the iconic 1973 Swedish miniseries by legendary Swedish auteur Ingmar Bergman, the HBO drama co-stars Oscar nominee Jessica Chastain (Zero Dark Thirty, The Help, Interstellar) in an intimate examination of love, hatred, desire, monogamy, marriage and divorce, as seen through the eyes of a contemporary American couple.

The Thief, His Wife and the Canoe – coming soon to BritBox
Nick Perri & The Underground Thieves release My My Hey Hey