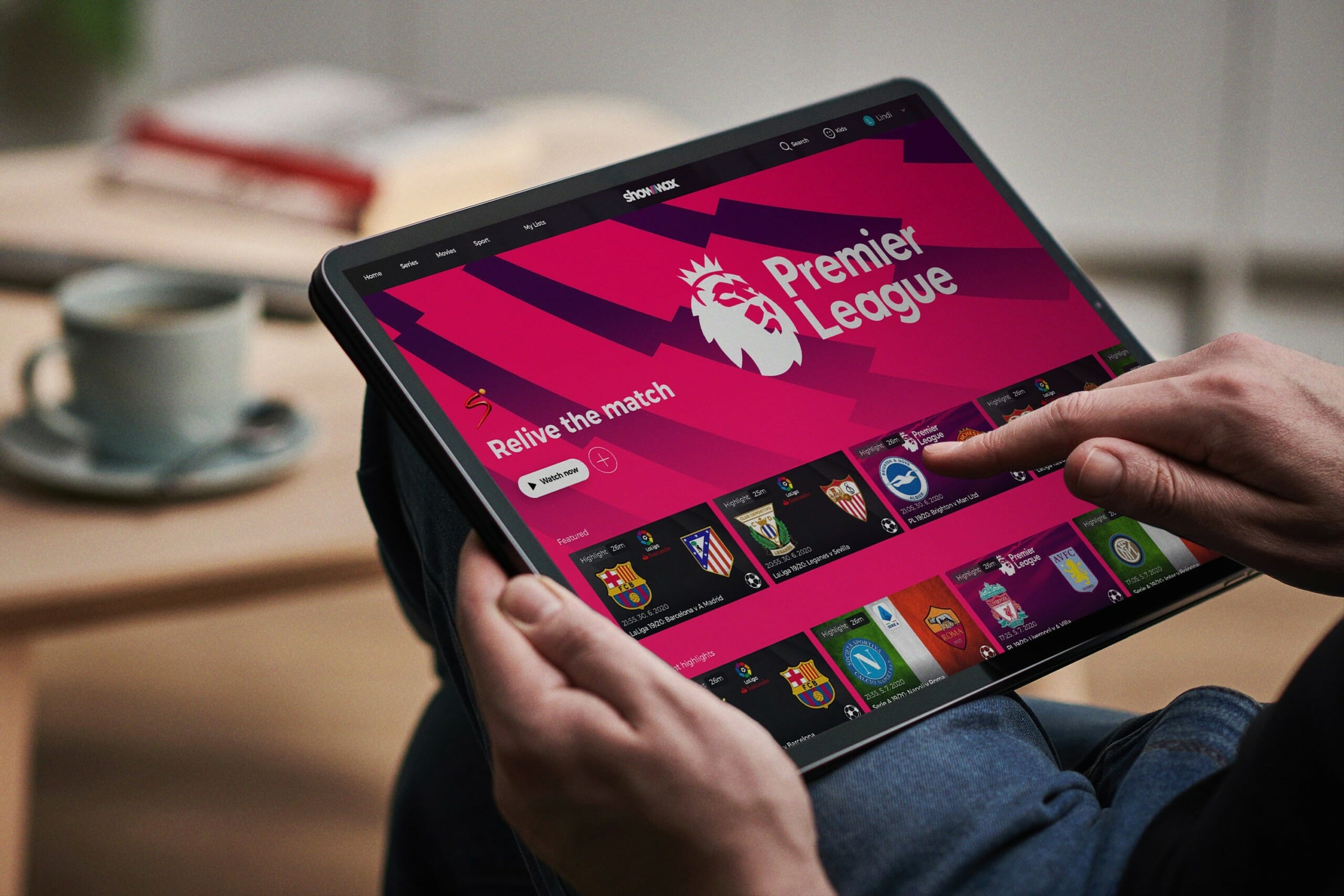 Showmax Pro may well be setting a new benchmark in streaming live sport. It announced this morning it will stream every single match of the world’s three most popular football leagues, namely English Premier League, La Liga and Serie A, this season. It will also stream all matches from the DStv Premiership, courtesy of SuperSport.

The announcement follows the live streaming of the Tokyo 2020 Olympics but, due to time differences, sports fans were not able to take full advantage of the Games.

The new season of Premier League, now in its 30th year, begins on 13 August, with newly-promoted Brentford hosting Arsenal to kick things off on Friday night.

All eyes are on the EPL transfer market this week, with the biggest question mark over the future of Tottenham striker Harry Kane, one of the stars for England during its run to the final of the recent Euro 2020 tournament and top scorer in the EPL last season.

For now, he is available to face Manchester City in Sunday’s Premier League season opener, at least according to Spurs coach Nuno Espirito Santo.

Manchester City are the defending champions, having won their fifth Premier League title during the previous season.

Yet it is Manchester United, their cross-town rivals, who will be under more pressure. With manager Ole Gunnar Solskjaer handed a new contract, he’ll be expected to do better than last season when their initial ambition gave way to City’s late-season heroics.

The addition of four new managers will also add flair and a sense of anticipation to the league, not least the appointment of Rafael Benitez at Everton. Spurs and Wolves also have new managers, but the most intriguing of all is Senegal-born Patrick Vieira at Crystal Palace. A World Cup winner for France in his day, the former midfielder will need to prove his management skills in double-quick time in an environment as unforgiving as the Premier League.

This will be the third season to use the video assistant referee (VAR) review system, and it will be the second season to have a February winter break. If VAR has lost its novelty effect, how might the return of crowds impact on the league? The past 18 months were played largely behind closed doors, which affected the dynamics of play, not least the benefits of home advantage. The fans will be back from this week and so too the excitement of one of the most thrilling leagues in football.

The season will end on 22 May 2022 with all 20 teams playing on the same day, bringing the curtain down on a mammoth 380 fixtures.

Other European football action on Showmax includes La Liga, with action in the Spanish League beginning on 13 August with an opener between Valencia and Getafe. Atlético Madrid are defending champions, having won their 11th title last season.

In Italy, the Serie A campaign opens on 21 August with four matches: Hellas Verona vs Sassuolo, Inter vs Genoa, Empoli vs Lazio and Torino vs Atalanta.

Closer to home, the MTN8 this weekend will herald the start of the South African football season, with the DStv Premiership starting the following weekend, when champions Mamelodi Sundowns host last season’s runners-up, AmaZulu, on Friday, 20 August.

Last season, Sundowns become the first club to win four consecutive league titles since the establishment of the competition in 1996.

Among many anticipated highlights, Kaizer Chiefs and Orlando Pirates will meet in the first Soweto derby of the season on 6 November at FNB Stadium and again on 5 March, at Orlando Stadium.

Showmax Pro will be live streaming all matches of the English Premier League, La Liga, Serie A and DStv Premier League in more than 50 countries across Africa. Subscribers in South Africa will also be able to stream the UEFA Champion’s League.

Showmax is running a special offer – get two months of Showmax Pro for the price of one if you sign up before the end of August. Visit https://www.showmax.com/eng/welcome-pro for more.

What sport can I watch on Showmax Pro?