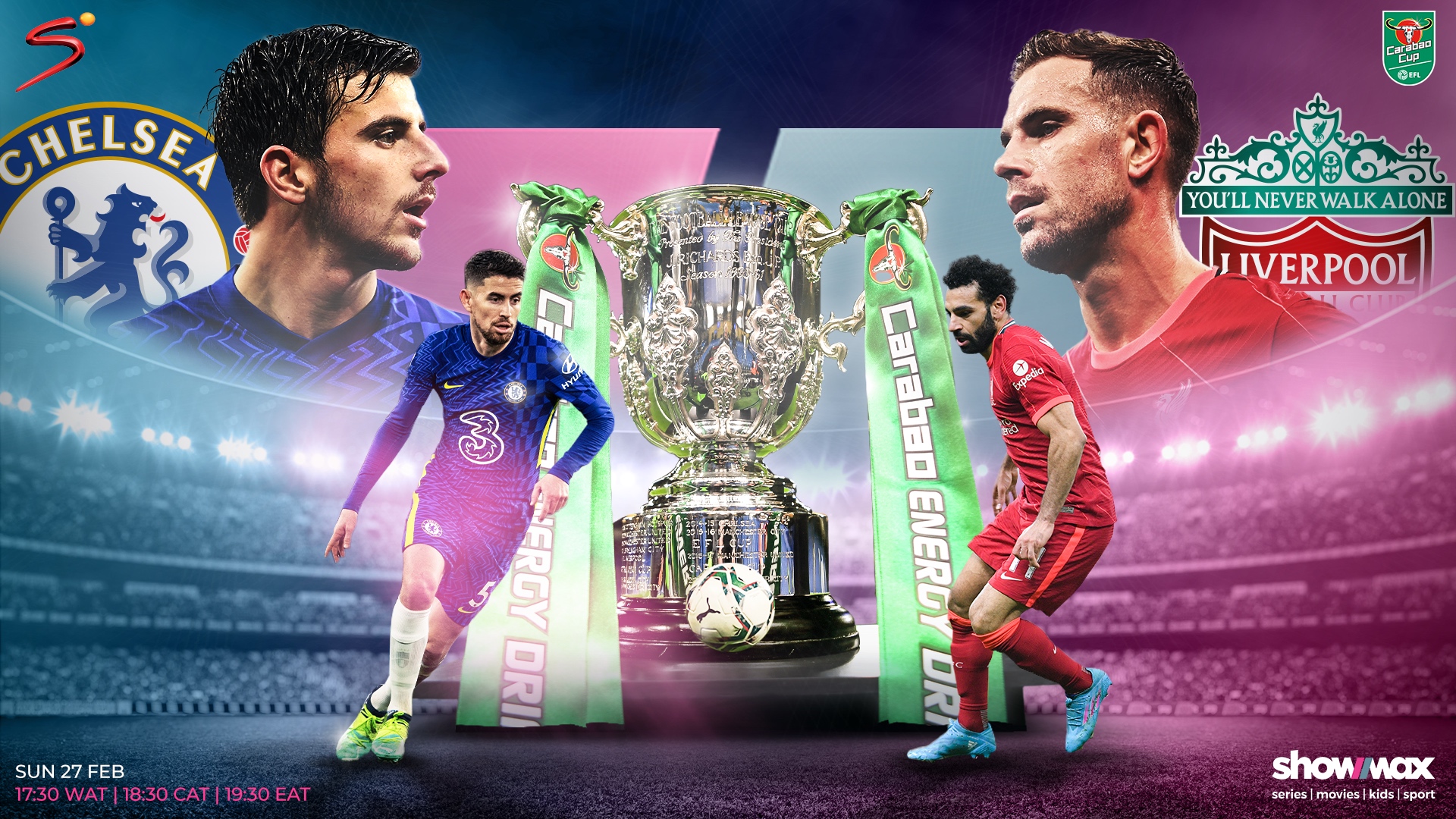 In the countdown to the Carabao Cup Final on Sunday, the pressure is on for Chelsea and Liverpool, as football fans await one of the most exciting clashes of the season. Showmax Pro will stream the event live, courtesy of SuperSport, for subscribers across the African continent. The final of the knockout competition takes place at 18h30 Central African Time on Sunday, 27 February 2022.

This will be the first final that will not feature Manchester City since 2017. Will Liverpool make history by surpassing City and securing a record ninth win or will Chelsea come back strong for a sixth title? All will be revealed this Sunday when the two meet at Wembley Stadium in London.

Chelsea beat Tottenham 3-0 on aggregate over two semi-final legs, while Liverpool secured their spot in the final after beating Arsenal 2-0 on aggregate. The last time Chelsea played Liverpool in the EFL Cup final was in 2005, when the Blues won 3-2.

Within a year of being appointed, Chelsea manager Thomas Tuchel has led Chelsea to the finals of the UEFA Champions League, FA Cup, Club World Cup and now the Carabao Cup. Tuchel has driven Chelsea to concede an average of only 0.72 goals per league game (31 in 43 games), fewer than any other Premier League side.

Fans can also look forward to watching the likes of Mo Salah, Sadio Mane, Trent Alexander-Arnold, Mason Mount, Hakim Ziyech, and Romelu Lukaku take the field – depending, of course, on team tactics on the day.

The match will kick off at these times in different zones: