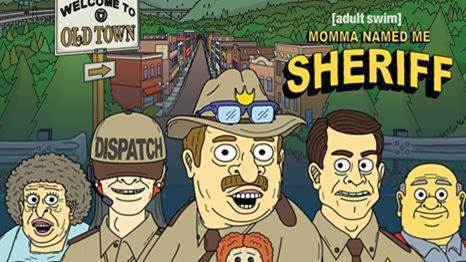 New seasons of Momma Named Me Sheriff, Lazor Wulf, and Ballmastrz: 9009 are set for February to give Adult Swim a refresh for 2021.

A double-feature drops on the 8th of February, with the launch of season 2 of Lazor Wulf and Ballmastrz 9009. Season 2 of the Mr. Pickles spinoff: Momma Named Me Sheriff, will be available to Africa as part of the international release on Monday, 15 February, 24 hours after the US premiere.

In Momma Named Me Sheriff season 2, havoc breaks loose in Old Town, leading to Sheriff, Deputy Goodman and Dispatch having to work together to solve cases and uncover mysteries. The new season also promises to teach viewers about the meaning behind “roostering”.

Other teasers for Momma Named Me Sheriff include, Goodman getting lost in the desert, and Dispatch uncovering a secret conspiracy in Old Town.

Created by Henry Bonsu and executive produced by Honsu and rapper, Vince Staples, from 8 February, season 2 of the animated series Lazor Wulf begins. This season, Lazor Wulf is about coming back from the dead and embracing the scam of life.

In season 2 of Ballmastrz: 9009, created by Christy Karacas, the show is led by Gaz Digzy and augmented by the power of Ballmastr. The team wrestle new foes as they claw their way to the top. It’s survival of the fittest in Ballmastrz: 9009 Season 2, starting on 8 February.

The three shows join the ranks of Adult Swim’s idiosyncratic, unhinged content line up including all seasons of Rick and Morty, Robot Chicken and Mr Pickles, Genndy Tartakovsky’s Primal and, the bizarre exploits of pseudo-heroic scientist, Dr. Rusty Venture, in The Venture Bros.

Related Topics:showmaxstream of the day
Up Next

Infinity Kingdom — Out on iOS and Android