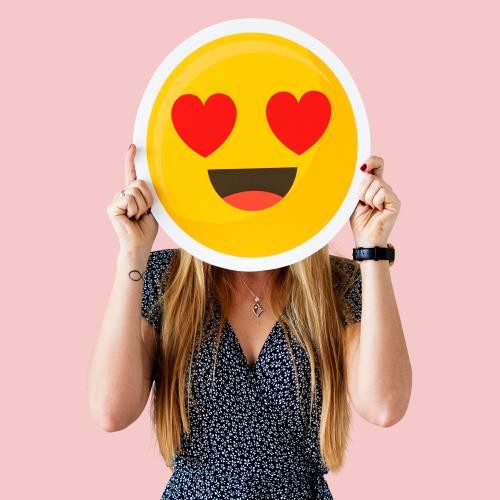 It may not be a Shakespearean sonnet, but the language of love in the 21st century is just as affectionate and meaningful as it ever was, according to University of South Australia linguist, Dr David Caldwell.

“Romance and wooing are alive and well in the digital realm, and that opens new ways of communicating love and affection, different from the traditional handwritten love letter,” Dr Caldwell says.

“Modern love communication features images (selfies or images of a couple together), emoticons, emojis and memes, and many other combinations of words, sounds, images and animations that combine to essentially function as a ‘love letter’.

“There isn’t much room for comparing your beloved to a “summer’s day”, at least not as superbly as Shakespeare does in Sonnet 18, but the sentiment is no less loving or meaningful,” he says.

“Today’s love language is more immediate, often a two-way online exchange, likely to be more concise in language form, and can often include ‘youth speak’ – abbreviations, acronyms and humour.

“The change perhaps reflects a shift in what we value in a prospective partner’s linguistic repertoire.

“Are we less attracted to a wordsmith than we once were?  Does poetic, elaborate, metaphorical language in the context of romance, now feel outdated, excessive, and possibly inauthentic?

“Perhaps today, the value is in a prospective partner’s, ability to use digital communicative affordances – humour, emojis, memes, Bitmoji, and the like – to show a mastery of modern life.”

Dr Caldwell says the current generation are “doing love” quite differently from the romantic stereotype.

“There are no doubt fewer love letters, but online dating is booming on websites like Tinder, Bumble, RSVP and e-Harmony.

“From these, unique linguistic genres have evolved.

“The most common genre people produce for these sites is a kind of information report or auto-biography.

“It is designed to ‘sell’ a person to potential partners.  And this commodification of self has specific language patterns, which are often very specific and efficient, and certainly not metaphorical or poetic, like the language patterns of love letters.

“At the end of the day love is love and people will express their affection is ways that elicit a positive response – and it may be that successful wooing today, relies a lot more of the right emojis than the structural rigours of a sonnet or a haiku.”

Continue Reading
You may also like...
Related Topics:featured, valentine's day