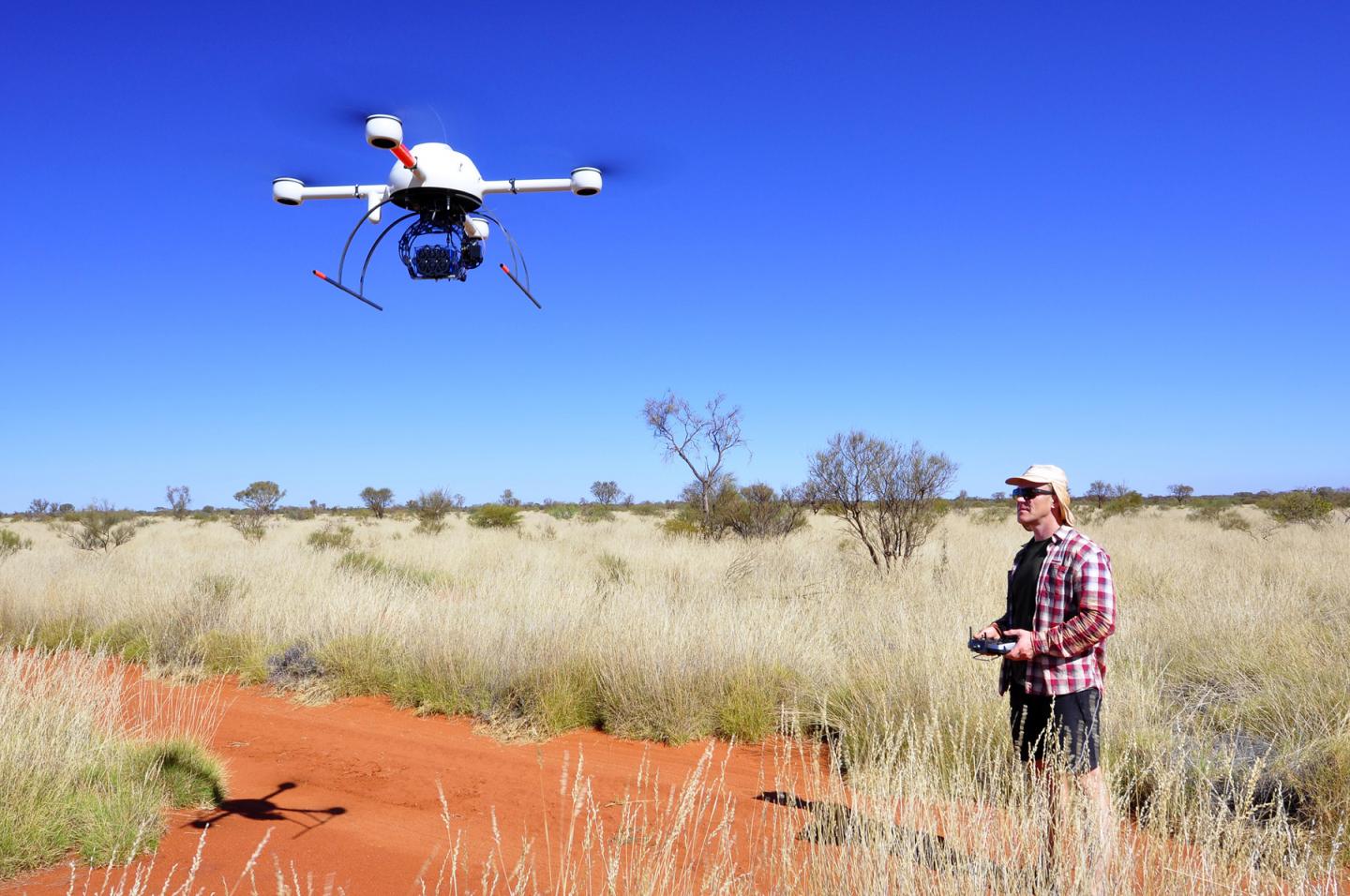 Fairy circles are one of nature’s greatest enigmas and most visually stunning phenomena. An international research team led by the University of Göttingen has now, for the first time, collected detailed data to show that Alan Turing’s model explains the striking vegetation patterns of the Australian fairy circles. In addition, the researchers showed that the grasses that make up these patterns act as “eco-engineers” to modify their own hostile and arid environment, thus keeping the ecosystem functioning. The results were published in the Journal of Ecology.

Researchers from Germany, Australia and Israel undertook an in-depth fieldwork study in the remote Outback of Western Australia. They used drone technology, spatial statistics, quadrat-based field mapping, and continuous data-recording from a field-weather station. With the drone and a multispectral camera, the researchers mapped the “vitality status” of the Triodia grasses (how strong and how well they grew) in five one-hectare plots and classified them into high- and low-vitality.

The systematic and detailed fieldwork enabled, for the first time in such an ecosystem, a comprehensive test of the “Turing pattern” theory. Turing’s concept was that in certain systems, due to random disturbances and a “reaction-diffusion” mechanism, interaction between just two diffusible substances was enough to allow strongly patterned structures to spontaneously emerge. Physicists have used this model to explain the striking skin patterns in zebrafish or leopards for instance. Earlier modelling had suggested this theory might apply to these intriguing vegetation patterns and now there is robust data from multiple scales which confirms that Alan Turing’s model applies to Australian fairy circles.

The data show that the unique gap pattern of the Australian fairy circles, which occur only in a small area east of the town of Newman, emerges from ecohydrological biomass-water feedbacks from the grasses. In fact, the fairy circles – with their large diameters of 4m, clay crusts from weathering and resultant water run-off – are a critical extra source of water for the dryland vegetation. Clumps of grasses increased shading and water infiltration around the nearby roots. With increasing years after fire, they merged more and more at the periphery of the vegetation gaps to form a barrier so that they could maximize their water uptake from the fairy circle’s runoff. The protective plant cover of grasses could reduce soil-s­urface temperatures by about 25°C at the hottest time of the day, which facilitates the germination and growth of new grasses. In summary, the scientists found evidence both at the scale of the landscape and at much smaller scales that the grasses, with their cooperative growth dynamics, redistribute the water resources, modulate the physical environment, and thus function as “ecosystem engineers” to modify their own environment and better cope with the arid conditions.

Dr Stephan Getzin, Department of Ecosystem Modelling at the University of Göttingen, explains, “The intriguing thing is that the grasses are actively engineering their own environment by forming symmetrically spaced gap patterns. The vegetation benefits from the additional runoff water provided by the large fairy circles, and so keeps the arid ecosystem functional even in very harsh, dry conditions.” This contrasts with the uniform vegetation cover seen in less water-stressed environments. “Without the self-organization of the grasses, this area would likely become desert, dominated by bare soil,” he adds. The emergence of Turing-like patterned vegetation seems to be nature’s way of managing an ancient deficit of permanent water shortage.

In 1952 when the British mathematician, Alan Turing, published his ground-breaking theoretical paper on pattern formation, he had most likely never heard of the fairy circles before. But with his theory he laid the foundation for generations of physicists to explain highly symmetrical patterns like sand ripples in dunes, cloud stripes in the sky or spots on an animal’s coat with the reaction-diffusion mechanism. Now, ecologists have provided an empirical study to extend this principle from physics to dryland ecosystems with fairy circles.