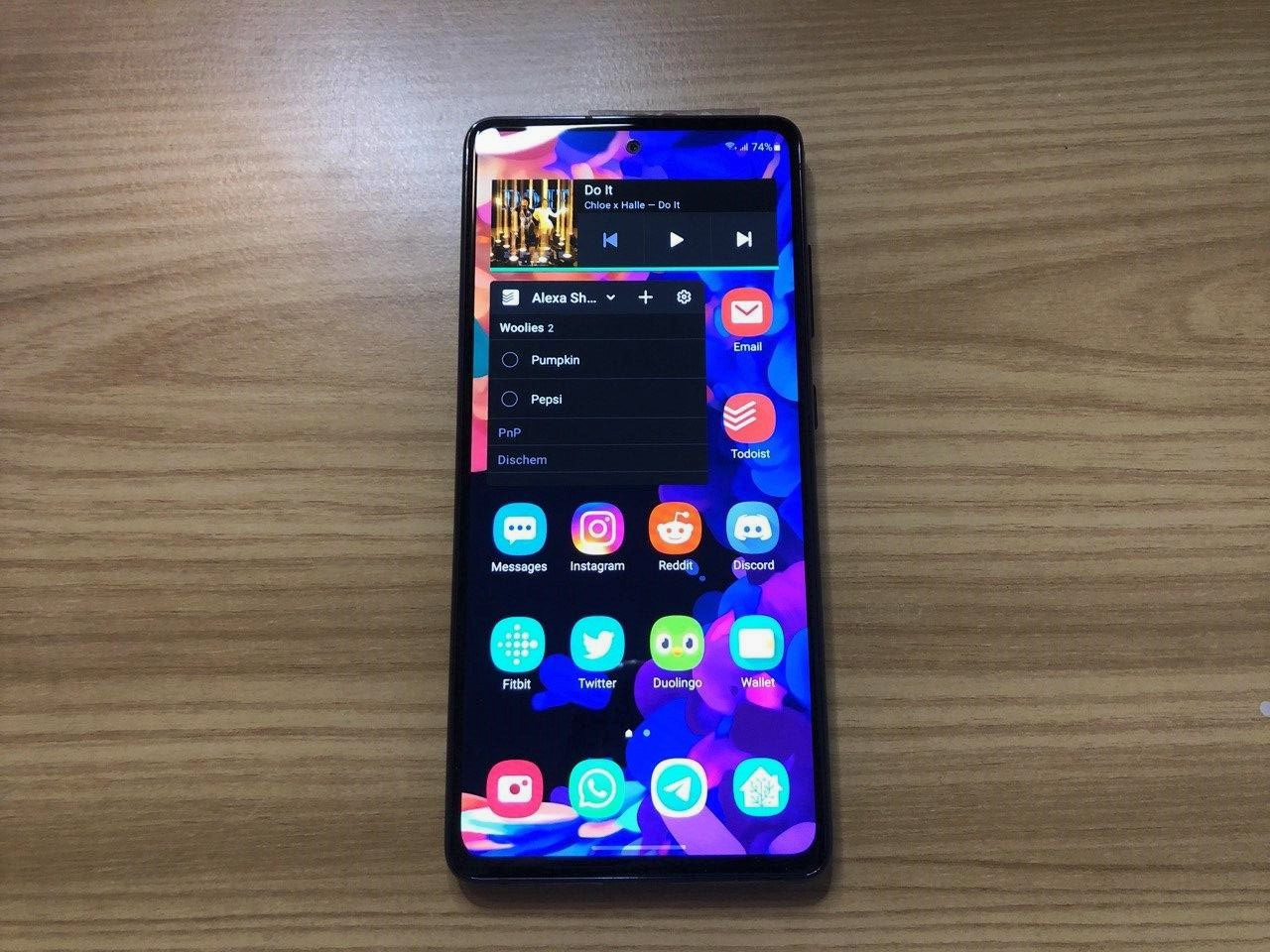 At the Galaxy S20 launch in February, many were wondering where the successor to the S10e was hiding. As it turns out, the successor is the Samsung S20 Fan Edition (FE), and it strikes the best price-to-performance ratio one will find in any flagship handset right now.

There are few subtle differences between the S20 and the S20 FE that translate into a sizable price difference. First and foremost, the build features a flat (non-curved) screen and a frosted glass-looking plastic back. Users who want a glass-backed phone – which is far more expensive to repair – will have to go for the S20 instead of the FE.

Out of the thinner box, you can expect to find the device itself, along with far fewer leaflets than one would expect, a USB Type-C charging cable, and a 15W fast charger. Those hoping for a case included with the device, as with the Galaxy A-series, are out of luck.

The camera array on the back of the FE is nearly identical to that of the S20 but takes design hints from the Note 20, with larger camera sensors. Both devices come with a set of standard, ultra-wide, and 30x zoom sensors, with slightly varying camera specs. The FE houses a 12MP sensor, which works well in low light situations, a 12MP ultra-wide lens for getting more in a shot, and an 8MP 3x optical zoom lens that is capable of 30x hybrid zoom. Overall, the camera arrays between the devices are too similar to make a discernible distinction after camera tests. Those who want the 100x Space Zoom, however, will have to get the S20 Ultra.

On the video front, the S20 FE supports recording at a maximum of 4K, whereas the rest of the S20 range supports 8K recording. While that is missing, all the other S20 features like Super Steady (video stabilisation) and Single Take (a feature that splits a video into its best moments) are still present on the FE.

The front camera is a wide-angle 32MP lens, which takes the form of a centre-aligned hole-punch in the display. The quality of the selfies are good, and the wide-angle mode is especially useful for getting in more of a background. When social distancing relaxes, it can also help get more people in a group selfie shot. Surprisingly, the front camera also shoots in 4K, which makes the FE a viable choice for vloggers to shoot video.

The screen is an AMOLED 6.5-inch flat panel at a modest 85.79% screen-to-body ratio. It also comes with 120Hz refresh rate technology, which makes the content on-screen look buttery smooth. After using the faster refresh rate display, other regular 60Hz displays seem choppy and dated by comparison. Some users report feeling motion sickness because the screen motion is too smooth, so one can lower it to the standard 60Hz. This switch will also afford users another hour of screen-on time from the battery.

The battery on the S20 FE is phenomenal and is easily one of the best batteries in a flagship right now. After broadcasting a 4-hour live stream with the screen on, the battery level dropped by under 10% an hour – 38% in total. It also holds up well while playing graphically intensive games and streaming content at full brightness. The battery will comfortably last power-users for a full day, and then some.

The unit we received was the 4G-only variant, but there are versions of the FE that have 5G. Make sure your cell provider is signing you up with the device you would prefer.

The S20 FE has all the core features that make a flagship great, at a price that won’t break the bank. If you aren’t a Samsung fan yet, the S20 FE will probably convert you.

Why 5G is good for climate