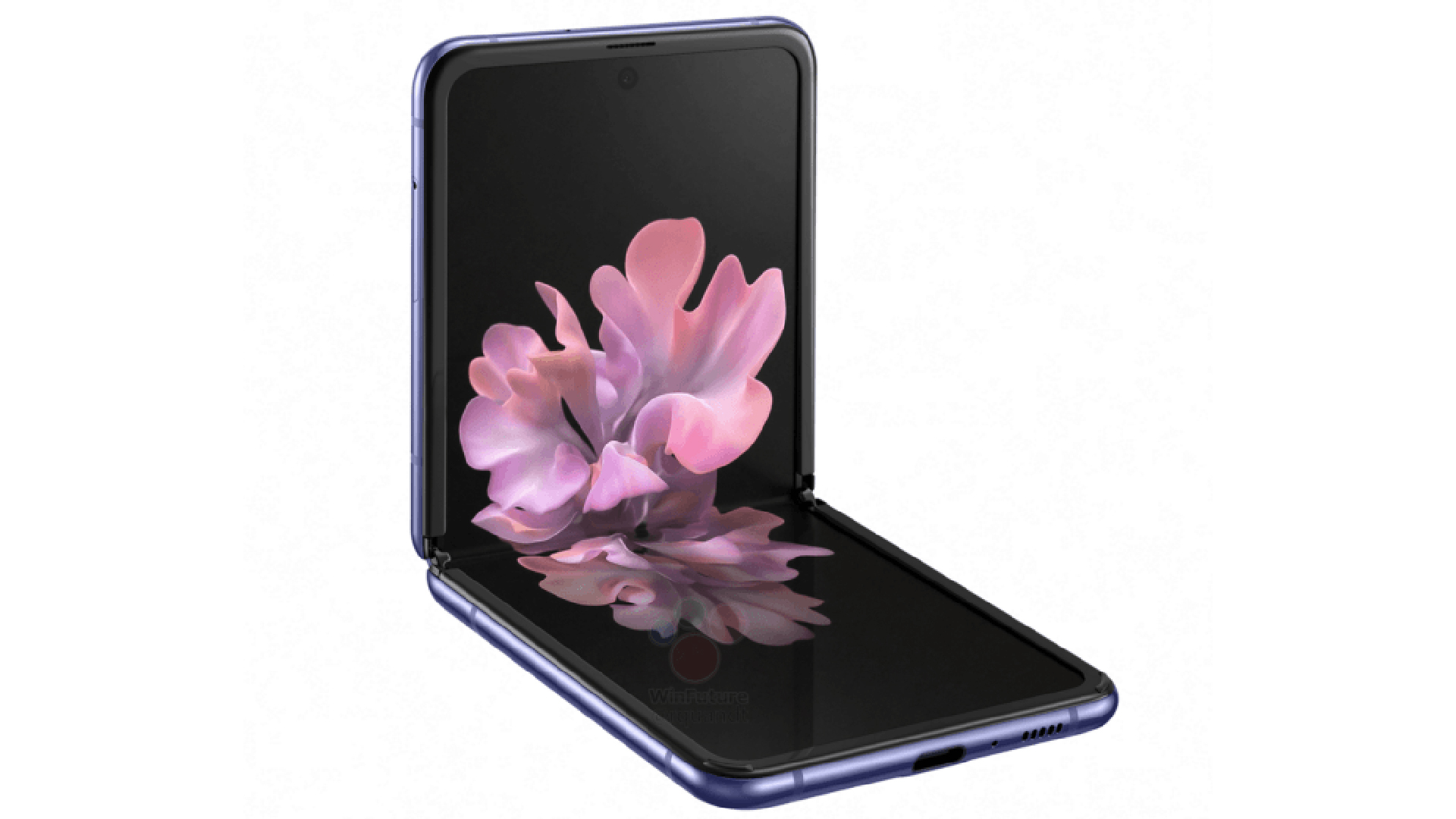 Finally, foldables. Yes, we saw the first folding smartphone screens in 2019, but those will be remembered mainly for their stop-start production hiccups. Huawei had to delay the Mate X launch by months and still hasn’t got out of the starting blocks outside China. Samsung had to go back to the drawing board when its Fold screen peeled off and dust got into the hinge. And Motorola is doing flip-flops after a test by CNET damaged the hinge, which supposedly would not happen in regular usage.

Last night, Samsung unveiled foldable phone generation 2. Or rather, the Samsung Galaxy Z Flip. While the launch in San Francisco came too late, South African time, to report on the event itself, enough detail was leaked in advance to offer a full unpacking.

The initial unveil in fact came on Sunday night, when Samsung aired a TV ad for the device during the Oscar ceremony. It revealed the phone as a vertical handset that flips closed, much like the new Moto Razr, the competing foldable from Motorola, which drew on a design legacy that goes back to the beginning of the century.

The Z Flip was shown being used with screens at a 90-degree angle, with an adapted user interface that allows users to interact with it in this unusual way. In other words, it can be used as a folded, flat or half-folded device, with buttons shifting accordingly.

Samsung quickly addressed the elephant in the foldable room or, rather, the most visible effect on the screen of being unfolded: the crease.

“You may notice a small crease in the centre of the main screen, which is a natural characteristic of the screen,” ran the ad. Consumers are unlikely to settle for this new “natural”, especially given that Apple has filed a patent in the United States for a foldable screen design that will prevent a crease.

There are no plans from Apple to release a foldable phone though, so, for now, we can expect the crease to be touted as a feature rather than a defect, much as Microsoft did with early, bug-ridden software.

The main benefit of the Z Flip design is that it has a small, secondary “notification” screen on the front, which will show caller ID and other selected notifications before the user has to flip the device open. The front display will also be a touch screen, so one will be able to reject calls without opening the device.

It’s likely the device will be released with the Snapdragon 855+ processor, an older chip first released in late 2018, which means it will add less cost to the foldable than current chips. That tends to be the approach with most foldables, in which the screen itself is the biggest cost, and manufacturers look to other components to shave the price. The Flip will have a 3,300 mAh battery – again, smaller to reduce cost of components – and two primary cameras.

The foldable race may look like a race for novelty, but early indications are that this will be a booming market segment, just as large-screen handsets pioneered by the Samsung Note series defied expectations to become a massive hit category.

Samsung reported last month that it had sold 400,000 units of the Fold, while Huawei has revealed it has sold 200,000 Mate X foldable devices. Given that they cost the equivalent of R40,000 up, those are startling figures.

According to new research from global consulting firm Strategy Analytics, worldwide foldable smartphone shipments will grow from under 1-million units in 2019 to 100-million by 2025, with Samsung, Huawei and others leading the way.

“High pricing, low display-yields and questionable durability are holding back the foldables market today, but those problems will be solved in the long-term,” it reported this week.

Neil Mawston, executive director at Strategy Analytics, offered several reasons for the expected demand: “Foldables pack a big screen into a small design. Consumers can surf rich content, like video, on a large display, and then fold the device away neatly into a pocket or bag.”

Ken Hyers, director at the firm, pointed to a rapidly widening market: “Samsung was the world’s number one foldable smartphone vendor in 2019, followed by Huawei in second place. Samsung is top in Western regions, like the US, while Huawei is focusing on its home market of China. Rival brands, such as Motorola and TCL, will deliver their own new models in 2020 and look to grab a slice of the foldables pie. By 2025, every major player should have a foldables portfolio, including Apple.”

If the Flip performs anything like the Note in the market, it will give Samsung an additional area of leadership. Since Huawei will not be at liberty to use Android, Samsung will solidify its position as Android leader. In foldables specifically, it will have at least a year’s head-start over Apple, giving it another category of dominance over its arch-rival.

The Galaxy Z Flip will be available in South Africa from R29999.