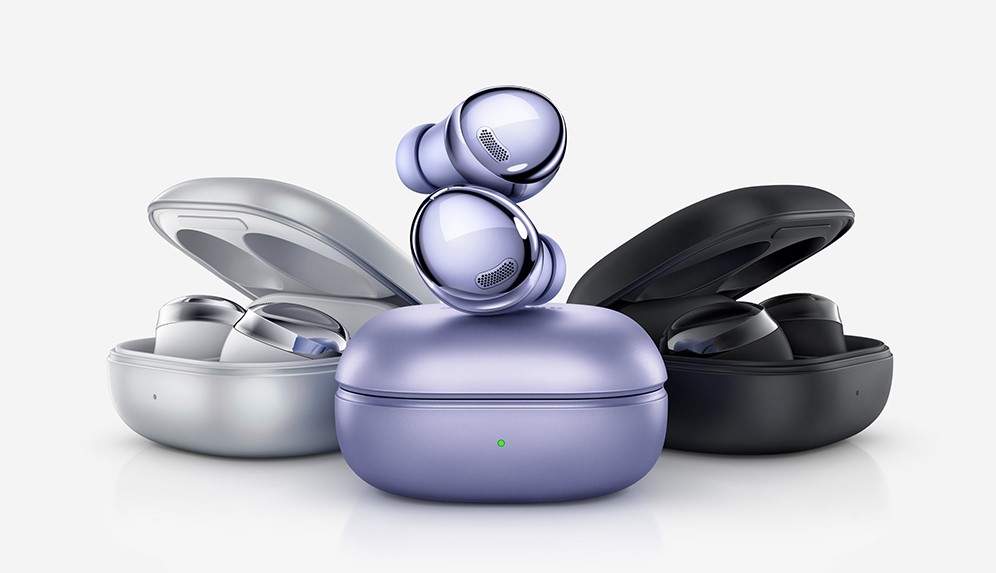 Now for Galaxy Buds that react to when you speak. The first-generation Galaxy Buds Pro, launched yesterday during the Galaxy Unpacked event online, made waves with its intelligent Active Noise Cancellation (ANC) technology that turns off when it detects a user’s voice.

The earbud’s design retains the earbud-style of the Galaxy Buds+ but has the case size of the Galaxy Buds Live. This means all those protective cases that were designed for the Buds Live are compatible with the Buds Pro, a point to applaud for being environmentally conscious, not to mention convenient.

Audio quality has been dramatically enhanced with the inclusion of both a tweet and a woofer being squeezed into each bud. This is done by seating a 6.5mm tweeter within an 11mm woofer, the former providing rich treble, while the latter provides deep bass.

Each bud has three microphones: two external and one internal (inside the ear canal). These microphones work in-tandem to make sure unwanted sounds are blocked out when listening to music or making a phone call. There is also a Voice Pickup Unit (VPU) chip, which Samsung says improves separating one’s voice from others when making a phone call. One of the outer microphones has a high signal-to-noise ratio (SNR), further eliminating background noises. The other outer microphone performs beamforming to make sure one’s voice remains consistent, no matter how one turns their head during a phone call.

The ANC in the device can reduce the background noise by up to 99% (based on Samsung’s tests), but the earphones can be fine-tuned to one’s preferred cancellation level. One of the most useful features is automatic switching between cancelling nearby sounds and amplifying them. They will also turn down one’s music when one speaks, even when using Ambient Sound or with ANC turned off. This technology allows users to hear others without fiddling with audio levels and cancellation settings.

As with the Apple AirPods Pro, the Galaxy Buds Pro feature 360 Audio with head tracking. Samsung opted to use Dolby Head Tracking technology instead of proprietary technology but, either way, it enables users to stay at the centre of a surround-sound scene, no matter how they turn their heads.

The Galaxy Buds Pro come in three colours: Phantom Black, Phantom Silver, and Phantom Violet. They’ll set one back $199, around $50 cheaper than the AirPods Pro.

Related Topics:featuredSamsung Unpacked
Up Next