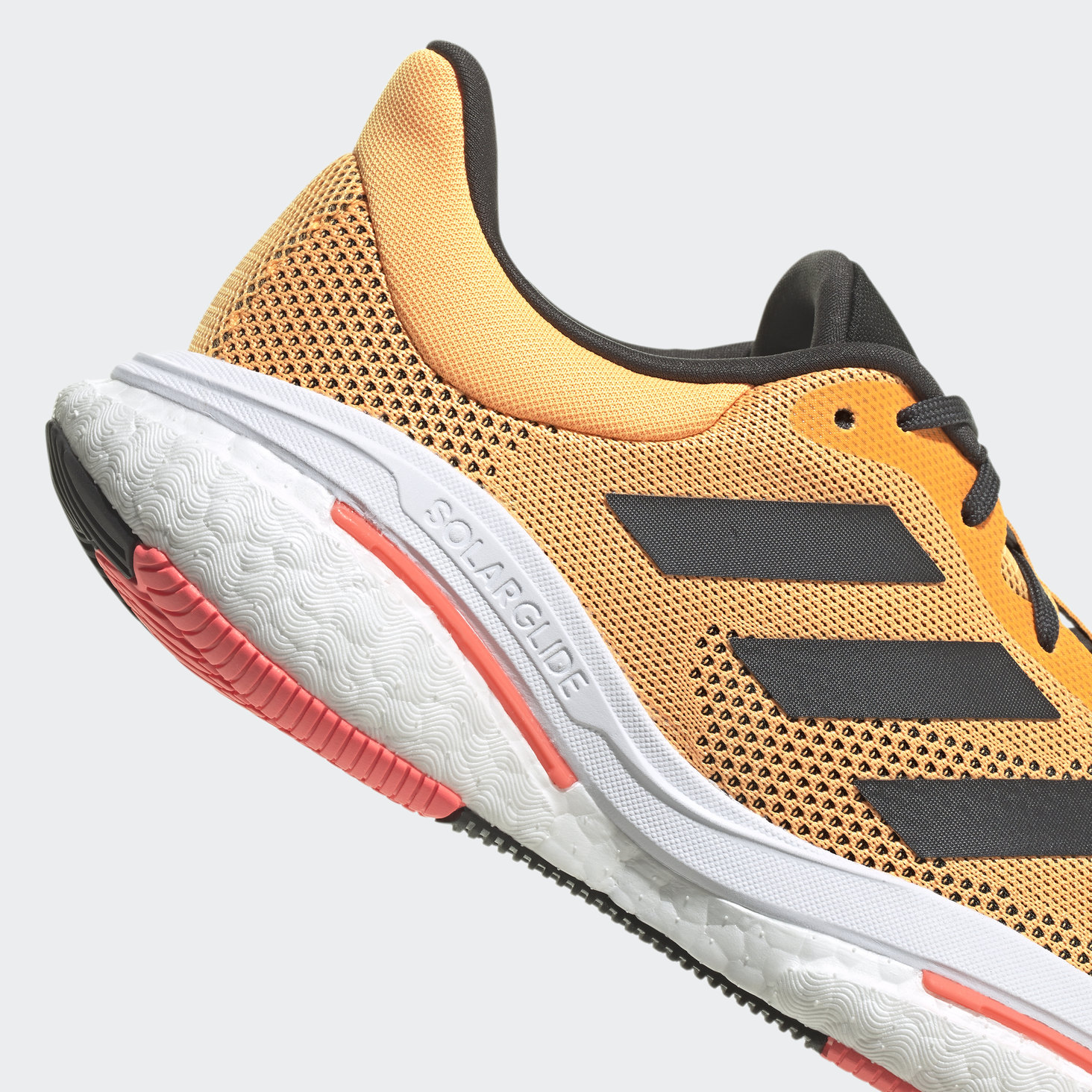 When does a shoe become a gadget? In the case of the Adidas SolarGlide 5, it’s when you literally feel the shoe propelling your feet forward during a run.

The SolarGlide range is designed with mesh uppers, non-stretch areas in the midfoot, and Boost midsoles that promise to provide a solid foundation for handling the impact of a training run. The key, however, is “responsive cushioning”, combined with a control rail that wraps the foot for added stability during a workout.

In practice, this means the shoe is not necessarily the most comfortable for ordinary wear like standing or walking. As Adidas puts it, the SolarGlide “supports your goals when you want to go the extra mile — and the extra mile after that”.

That was exactly the sensation on my first outing with the shoe: the responsive cushioning under the sole and pad of the shoe made me want to push harder and further. The science behind this experience, according to the manufacturer, is that “the shoe features a Bubble Boost midsole consisting of hundreds of Boost capsules which are fused together and ready to explode with energy in each step”.

The SolarGlide 5 also features an updated version of the Adidas torsion system, Linear Energy Push, or LEP 2.0, which increases forefoot bending stiffness for a more responsive stride. It is fitted between the Bubble Boost layer and a Control Platform layer, to enhance the smoothness of a run.

The Control Platform, in turn, uses a footbed made of EVA, for ethylene-vinyl acetate, a durable rubber-like plastic with high heat and cold resistance, which gives a shoe cushioning properties that help absorb each step.

The result? An easier and faster run, as long as the user is also looking after the fitness side of the equation.

The Solarglide 5 is available in a Light Flash Orange for women, and in Flash Orange and Turbo Red for men, in Adidas concept stores and online at www.adidas.co.za, for a suggested retail price of R2,499.

The Adidas SolarGlide 5 represents two significant aspects of the sports brand’s commitment to social responsibility. First, it is testament to a view that innovation should be used as a solution to help end plastic waste. “Designed with the planet in mind,” the Solarglide 5’s knit upper is made in part with Parley Ocean Plastic. The product consists of yarn which contains at least 50% Parley Ocean Plastic –plastic waste intercepted on remote islands, beaches, coastal communities and shorelines, preventing it from polluting the oceans. The other 50% of the yarn is recycled polyester.

The SolarGlide 5 also encapsulates the company’s ongoing drive to create a diverse range of products for men and women. Says Adidas: “During the development phase, the team behind the shoe conducted a variety of tests to ensure the silhouette of the women’s SolarGlide provided the best possible fit for female runners.”

It also takes the brand’s understanding of sports medicine further. Adidas was the first manufacturer, way back in 1989, to introduce torsion shoes, after studies showed that running shoes restrict the torsion of the foot and thus increase pronation, the process of the ankle and arch rolling or tipping inwards. Torsion shoes reduce the need for special insteps or orthotics. LEP 2.0 makes the SolarGlide 5 one of the best torsion shoes yet.

Continue Reading
You may also like...
Related Topics:adidas, featured, gadget of the week, Goldstuck on Gadgets

Gadget of the Week: More than a word in your ear
More screen than you expect