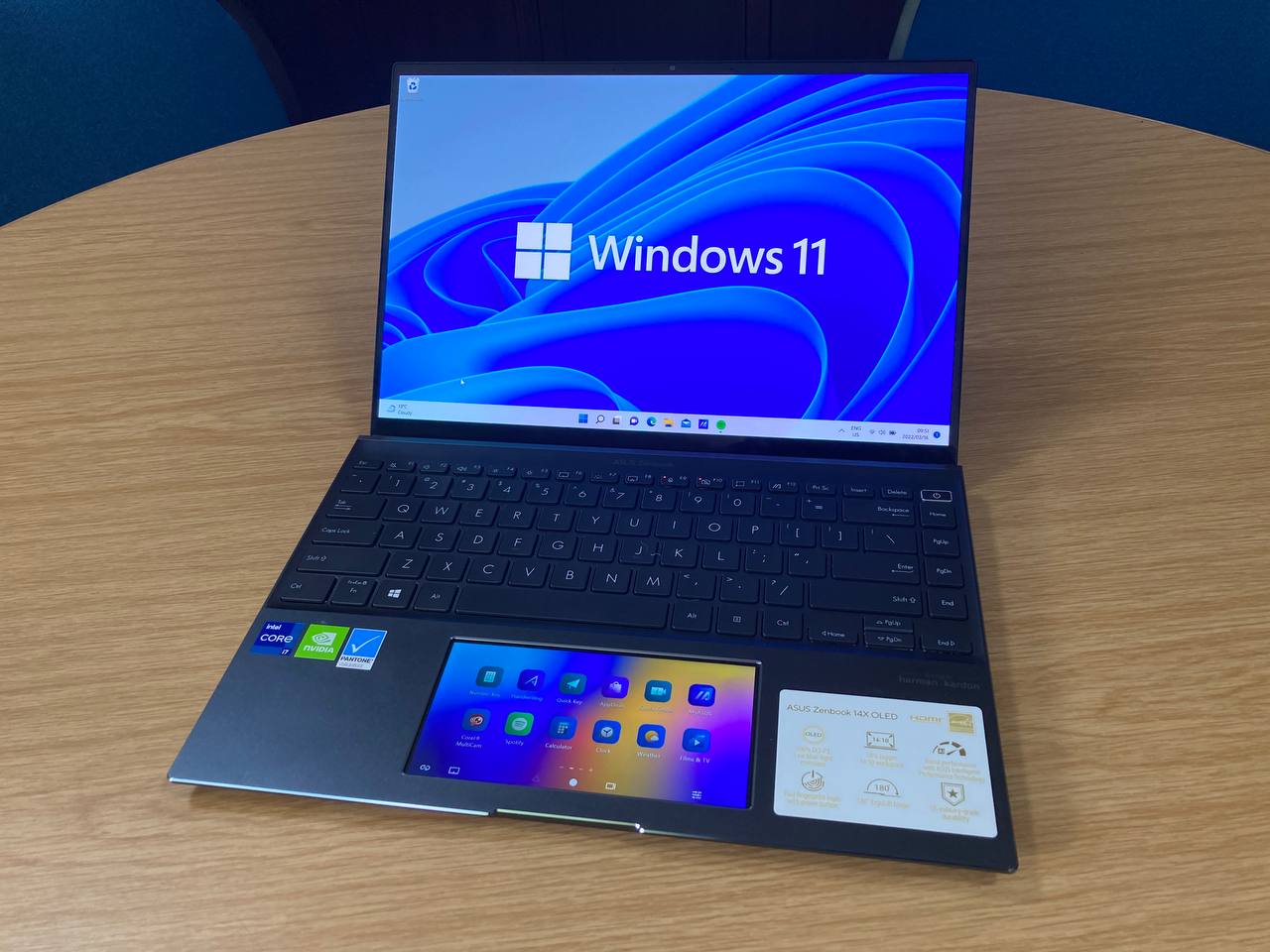 One could describe the ZenBook 14 UX5400 OLED laptop by its specs, and say it is powered by 11th Gen Intel Core processors with Intel Iris Xe graphics and NVIDIA GeForce MX450 graphics, in an ultra-thin format.

Or you could say it is a thing of beauty; a magical device that breaks boundaries. I’ll settle for the latter. First, it has far more screen than you’d expect. Not only because the panel fills 92% of the laptop lid’s space, which means that the machine is smaller than a 13-inch MacBook Air, for example, yet has a 14-inch screen.

The real standout feature is that the display has extended to the keyboard, with the touchpad doubling as a second screen. Activate the ScreenPad touchpad with a double-tap on the F6 key, and it becomes a control panel with features like a numpad, additional apps like Evernote and Spotify, or a mirrored display for a smartphone.

Even before opening the laptop, it stands out: unusually for an ultrabook form factor, it has connectivity ports for most current needs, including a traditional USB-A port, two USB-C ports, with one being the charging port, a 3.55mm headphone jack, and a full-sized HDMI port. No dongles are needed for this device.

The magic starts when opening the laptop. The 14X OLED, as the name suggests, sports an OLED display at 4K resolution, supporting HDR for richer colours. That makes for eye-popping wallpaper to start – and we were delighted to be met with a dazzling local image: of the Golden Gate Highlands National Park in the Free State, shot by photographer Hannes Thirion. Of course, it comes into its own when viewing video or games, making it a wonderful multimedia machine as well.

The touchpad screen interacts closely with the main display, so some apps, like Corel VideoStudio, have extensions that put the controls right on the touchpad. This means users can have a seamless control experience between the main panel and secondary panel.

The Intel and Nvidia processors turn the laptop into a high-performance device for users in the video editing space, while providing a smaller form factor. When rendering video constantly with apps like OBS Studio, however, it tends to heat up. To help remedy this, it has an ErgoLift hinge, which lifts the laptop off the surface, making cooling more efficient for demanding tasks.

Why does it matter?

The secondary screen enables more professionals to ditch the large dual-screen desktop setups for when they need to be productive remotely. According to Asus, it is “the perfect laptop for young and affluent urban professionals, who are in need of a compact laptop with high performance that suits their on-the-go lifestyles”. Translated, it is a great machine for remote working, productivity and multimedia use. More significantly, however, once the second screen has been in use for a while, new applications, shortcuts and tricks will emerge that bring it into its own.

Continue Reading
You may also like...
Related Topics:Asus, featured, gadget of the week, Goldstuck on Gadgets

Running into the future
One webcam to rule them all