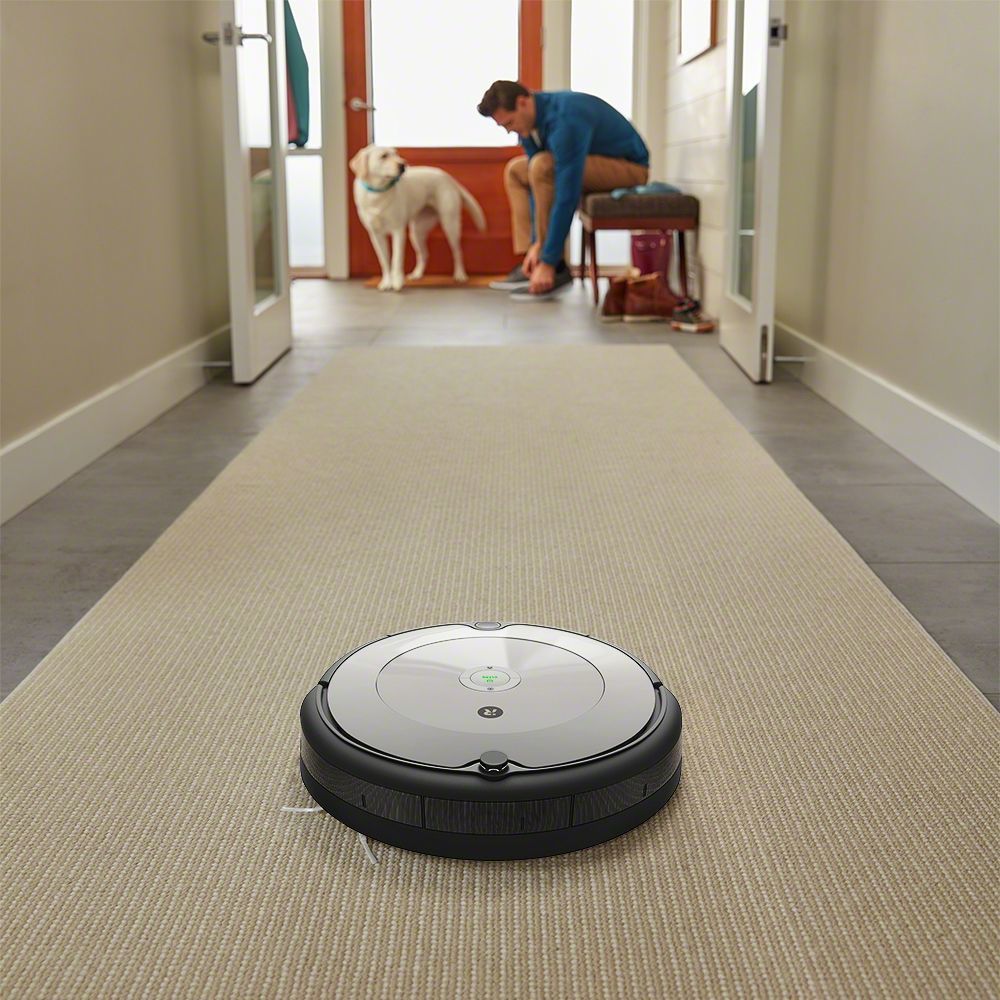 The video of a cat sitting atop an automatic vacuum cleaner and being zoomed around was uploaded to YouTube in 2016. It then went viral on most social network platforms and has had over 4-million views to date.

The automatic vacuum cleaner it was riding was the iRobot Roomba 560 Robot Vacuum – one of the pioneering company’s first automatic vacuum cleaners. A few years down the line, a handful of companies have brought out their own designs: Xiaomi, Eufy, Taroma, and Hobot, to name a few. Prices range from R4,000 for an entry-level smart machine up to R24,000 for the more sophisticated and powerful units.

The main selling point in the case of Roomba is that they do the work while you relax. To see how true this is, let’s see how the iRobot Roomba R698 handles day-to-day vacuuming.

Out of the box

Unpacking and setting up the Roomba R698 is simple enough. It can be controlled via the Android or iOS app on a smartphone if there is Wi-Fi connectivity or it can be operated manually via the physical clean, home, and reset/reconnect buttons.

To get started plug in the docking station and then place the robot on it to charge.

If using the app create an account and connect the vacuum cleaner to the Wi-Fi network. Once connected the Wi-Fi indicator will show a steady white indicator which will display on the iRobot.

Underneath the Roomba are the charging contacts, two rear motorised wheels, a front pivot wheel, two roller brushes plus a side brush to push dirt into Roomba’s path.

There are four sensors around the base in order to stop the iRobot from launching itself off a cliff (Roomba’s term for a step is a cliff.)

The robot’s circular design means it can get to most hard-to-reach places but at nearly 13 cm high it will have problems collecting dust bunnies under low couches and cabinets. Apart from the front bumper guiding it away from walls and furniture it also prevents it from getting stuck under low objects.

At the rear is a removable 0,6-litre dust bin which includes a HEPA dust filter.

After around three hours the Lithium-Ion battery is fully charged and will power the robot for about an hour. To get started launch the app and create a new job. One needs to name the job, for example, Lounge or Bedroom, and set an operating time starting at 15 minutes. Jobs can be scheduled to run automatically on any day and at any time.

Once the job has been created, tap the Clean icon, and the iRobot comes to life by first reversing off the docking station and then navigating and vacuuming the room. It will drive into furniture and walls as it learns the basic layout, but as it becomes more familiar with the room it will slow down when it gets closer to obstacles.

As great as this sounds, it’s not all smooth sailing, or vacuuming.

The sensors pick up dark edges on carpets as cliffs, and so the R698 stops and sends an SOS. This may mean one needs to remove dark mats before starting a job, but this defeats the object of having an automatic vacuum cleaner.

Realising that the Roomba picks up dark or black parts of a carpet as cliffs I thought it made sense that white or light colours would represent the opposite. So, I cut pieces of gloss paper and taped them over the sensors to trick it into thinking there were no cliffs.

But this did not work because it showed no signs of slowing down when headed for a step, it went around in circles, and it got stuck under low furniture. So apart from the sensors stopping the Roomba from going downstairs, they also act as proximity sensors and help with navigation.

So, the sensors are there for a reason, and cannot be disabled.

Charging cables, clothes etc need to be picked up before starting a job as, much like a puppy, the Roomba will sniff out these things out and cause havoc.

I left a cellphone charger plugged in with the cable lying on the floor. It managed to rip the charger out of the wall and then proceeded to wrap the entire charging cable around its left wheel. (I can only blame myself here as there are warning about this.)

My second incident was when I left it unsupervised, only to get back to find that it had entangled one of the fronds of a fern in its driving wheels. Instead of breaking the frond off it pulled the plant onto the floor and dragged it around.

If you find yourself in this situation, you can remove the Roomba’s baseplate and easily extract the offending objects.

As an optional extra, Roomba sells infrared beams which act as a buffer. They are perfect for stopping it from going AWOL.

The iRobot Roomba R698 operates well. But there is still room for improvement. One doesn’t want to move mats or re-arrange the lounge before putting the robot to work.

The app could be upgraded too. For instance, I would like to take control of the Roomba through the app and swipe in the direction I would like it to go. A camera would be great as well for true remote operation.

It would also be an advantage to adjust the ride height.

The iRobot Roomba R698 is available for R5 000 from takealot.com. It is quite a reasonable price for the technology that drives it, but after a few weeks of use, the Roomba becomes something of a novelty.