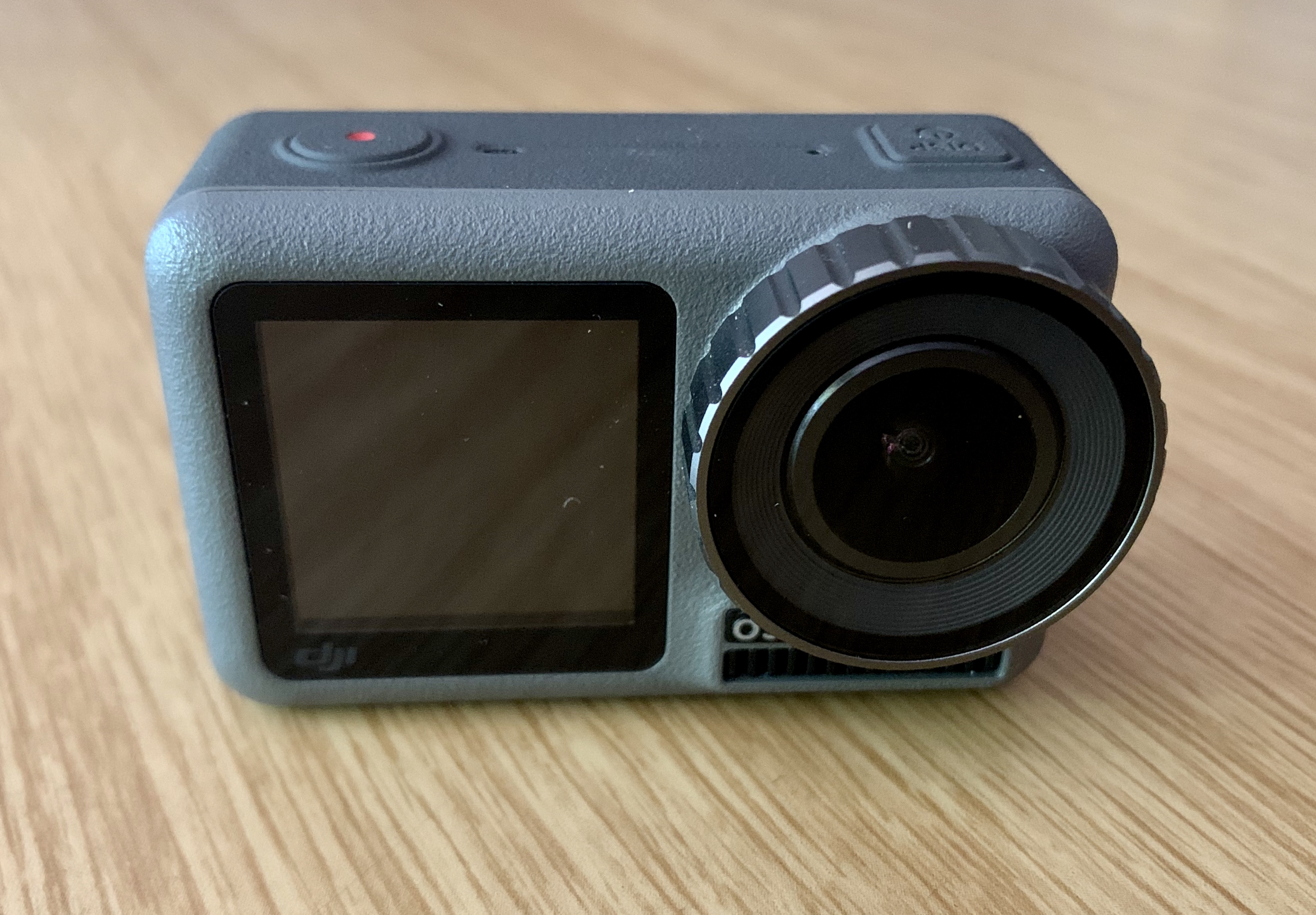 DJI, a leader in the drone camera space, has released a range of devices for professional consumers in its Osmo range. The Osmo action, its latest innovation, removes the pain points of traditional action cameras, like not being able to see oneself while recording video, and shaky video.

“In the past 13 years, we have transitioned from being a flight controller company to the leading brand for drones and creative cameras,” says Raissa Mendez, marketing manager for DJI Latin America. “Stabilisation is in our DNA, whether it be drones or cameras. Stabilisation and action cameras are an ideal match.”

The mighty camera comes in a small 6.5cm by 4.2 cm body, making it possible to store in a small bag or pocket. The unit we had was a dark grey, and had a protective bracket around it which doubles up as a mount for bikes or helmets. Outside of its case, the device feels premium in hand, as with many other DJI products.

On the front of the camera, a large lens is covered with a lens protector. This is a huge plus for the rougher action camera user who might accidentally crack the lens protector, as it makes it far more cost-effective to replace. A small 1.4-inch screen next to the lens allows users to frame themselves properly when taking pictures and videos of themselves. Overall, the design of front of the device shows it has been well thought out.

The camera sensor is a 1/2.3” CMOS with a 12MP effective resolution. This large sensor, coupled with a 145 degree field of view, allows users to take pictures in various lighting situations while fitting more in a frame. A blazing fast 1/8000 shutter speed affirms this camera as a viable player for action photographers.

The back of the device features a large 2.25-inch touch screen. When looking at it from this orientation, one finds the QuickSet (QS) button on the left side, as well as power and shutter buttons on the top. The QS button allows users to switch modes between photo, slowmo video, time lapse video, HDR video, and video. Having only three buttons is a huge plus for simplicity, and most of the functions are performed with the touch screen.

Advanced functionality can be brought up by swiping down from the top of the screen, similar to bringing up the quick settings functions on a typical smartphone. If I could describe this interface in one word, it would be: intuitive.

We found the auto focus was mostly sharp, showing that DJI’s extensive research and development in cameras is paying off. Some stills felt delayed, but that was because the hard shutter button takes a bit of effort to press down. That said, it’s very quick to get used to. With burst mode, it allowed us to take a few photos before and after the “perfect” moment to select the “true perfect” moment.

Video is where this camera excels. It features DJI’s RockSteady stabilisation technology, that reduces motion shake on recordings. This stability can reduce motion sickness for some viewers. RockSteady is DJI’s electronic image stabilisation to correct motion from a shaky videographer’s hands. It can shoot in this mode in 4K at up to 60 frames per second, which is ideal for content creators wanting to stay at the cutting edge of video recording technology.

RockSteady does take a knock on the battery, reducing the charge time from about 120 minutes to about 70 minutes.

For social photographers, it features a way to send photos and video directly to a user’s smartphone over Bluetooth. This enables faster sharing to Twitter and Facebook, sometimes in a few seconds. The experience was seamless and the transfers were fast. What’s likely to be a limiting factor is the smartphone, if it does not have enough space for 4K video files.

Overall, DJI’s entrance in the action camera is welcome, and packs an impressive set of features into a very affordable price package of R6,000.