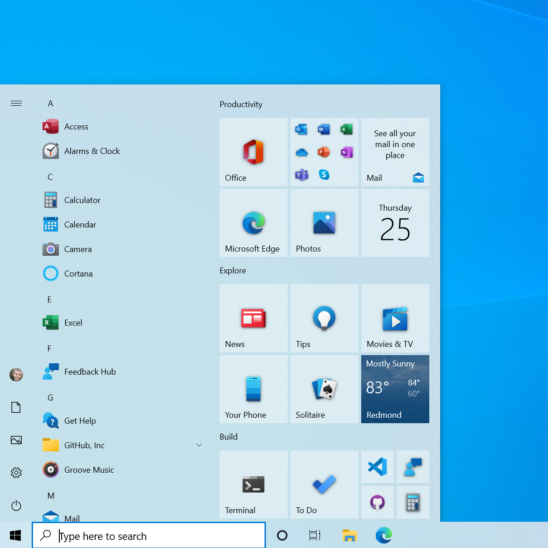 In a preview build blog update published yesterday, Microsoft announced big changes to Windows 10 which can improve usability and increase the integration between Windows and Android devices.

The Start menu is getting rid of solid colour backplates behind the app logos and applies a uniform design, so it can seem less chaotic before. This also allows apps to follow the design of the user selected dark, light, and colour themes. This design creates a new stage for apps from the new Fluent Design icons for Office and Microsoft Edge, as well as the redesigned icons for built-in apps like Calculator, Mail, and Calendar that Microsoft started rolling out earlier this year.

Alt + Tab between apps and sites

With multitasking moving primarily towards web apps, Microsoft has now included tabs open in Microsoft Edge in Alt + Tab. With this change, users can now treat web apps like desktop apps so they can quickly get back to whatever they were doing—wherever it was being done.

The new taskbar starts with offering a cleaner, more personalized, out-of-box experience to give you the content you want and less clutter. This can minimise clutter and perceptions of bloatware.

Microsoft says it will not offer this feature to existing users who have already customised their Taskbar layout.

The general availability of this update has not yet been announced.