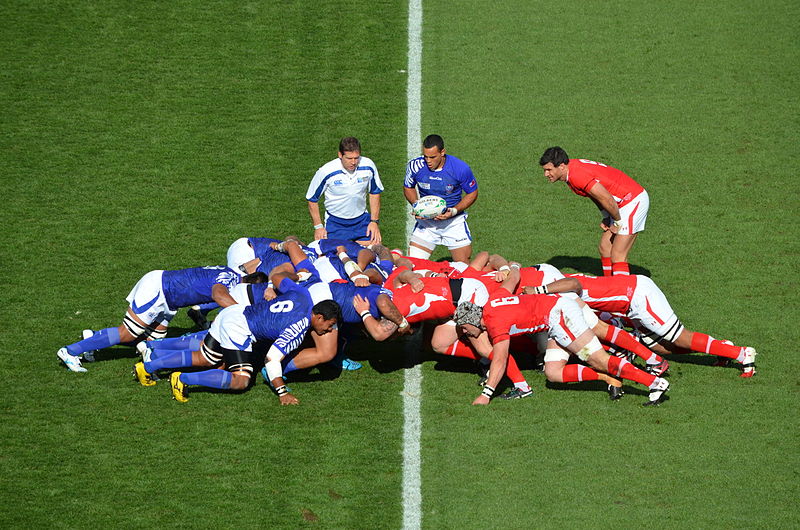 All South African eyes are on Japan as the Springboks compete for a place in the knock-out stages of this year’s Rugby World Cup, beginning this weekend. One of the major talking points of this year’s contest – other than host nation Japan’s remarkable run of performances – is how strict match referees have been in enforcing the new laws governing player contact with other players’ heads. The new laws were introduced in an effort to limit the risk of potentially disastrous head injuries, which remain a concern for players around the world.

This may explain why, according to the latest research, many younger people are avoiding participating in sports such as rugby: to limit the risk of head injuries. To help keep athletes healthier and reduce brain injuries, Sports & Wellbeing Analytics (SWA), in partnership with Keytree and Swansea University, created a new mouthguard solution designed to monitor the impact inflicted on a player’s head during training and matches.

The new system uses microchip technology within the mouthguard to share real-time collision and contact data with sideline personnel via SAP Cloud Platform. Backroom staff can monitor the size and frequency of head impact and use the information to make better judgments on whether athletes need to be removed or given a break from the action. They can then use this data to modify training technique to help ensure similar repeatable injuries are minimised in the future.

“In most contact sports, there are protocols around taking a player out,” said SWA CEO Chris Turner. “We’re not trying to predict or make medical diagnoses, but we can provide more information that allows the team’s medical and coaching staff to assess the impact of collisions on the pitch and encourage safer play.”

Because PROTECHT can highlight sequences or moments where a player’s head is at most risk of injury, coaches are better able to make technical alterations that could minimize brain injury. The system is being battle-tested with rugby teams, but its implications spread to many sports, including American football, boxing, hockey, martial arts, and more. Attention has increased in these sports in recent years due to the severe damage head injuries can inflict on athletes’ careers and lives, primarily through the degenerative brain disease chronic traumatic encephalopathy (CTE), which is often found in people with a history of repeated head trauma.

However, it is still challenging to identify the true impact of head injuries in sports.

“When someone has a twisted ankle or pulled hamstring, it’s obvious that something is wrong,” Turner said. “It’s not so obvious when someone has a concussion. Our solution starts by measuring how much of a load you’re placing on the brain. We can provide that data.”

The mouthguard specifically measures linear and rotational acceleration to determine how much gravitational force (Gs) an athlete receives during contact. An average impact is between 20 and 30 Gs, with particularly hard impacts measuring out at around 40 Gs.

The solution has been live tested this past year in the UK with Welsh rugby team the Ospreys in order to gain real-time feedback from players, medics, and coaching staff. Players said they did not find much difference using the solution compared to their normal mouthguard, which could be a big step toward convincing leagues, teams, and athletes that they should embrace the technology.

“Our players tell us it is good to know someone is keeping an eye on them,” said Richard Lancaster, head of Business Development and Marketing for SWA. “The more information we have, the better equipped we are to address issues. And it didn’t change the way they played the game. Those are resoundingly positive messages.”

SWA believes a purpose-driven, next-gen approach to technology and innovation will enable more young athletes to participate in sports like rugby that many in the U.K. are drifting away from because of health concerns.

“Rugby is the holy sport in Wales and a dominant sport across the UK and other countries worldwide, including Australia, New Zealand, and South Africa,” Lancaster said. “Kids want to play these sports, so if we can work toward reducing these injuries, that’s a win-win. We believe we can help.”

Turner said the goal of their solution is to increase awareness and safety to breed confidence for the future: “What we’re hoping to do is give confidence to parents that this is something that can be monitored. This way more kids can partake in the sport and know what happens. We hope this solution can help carry rugby into the future.”